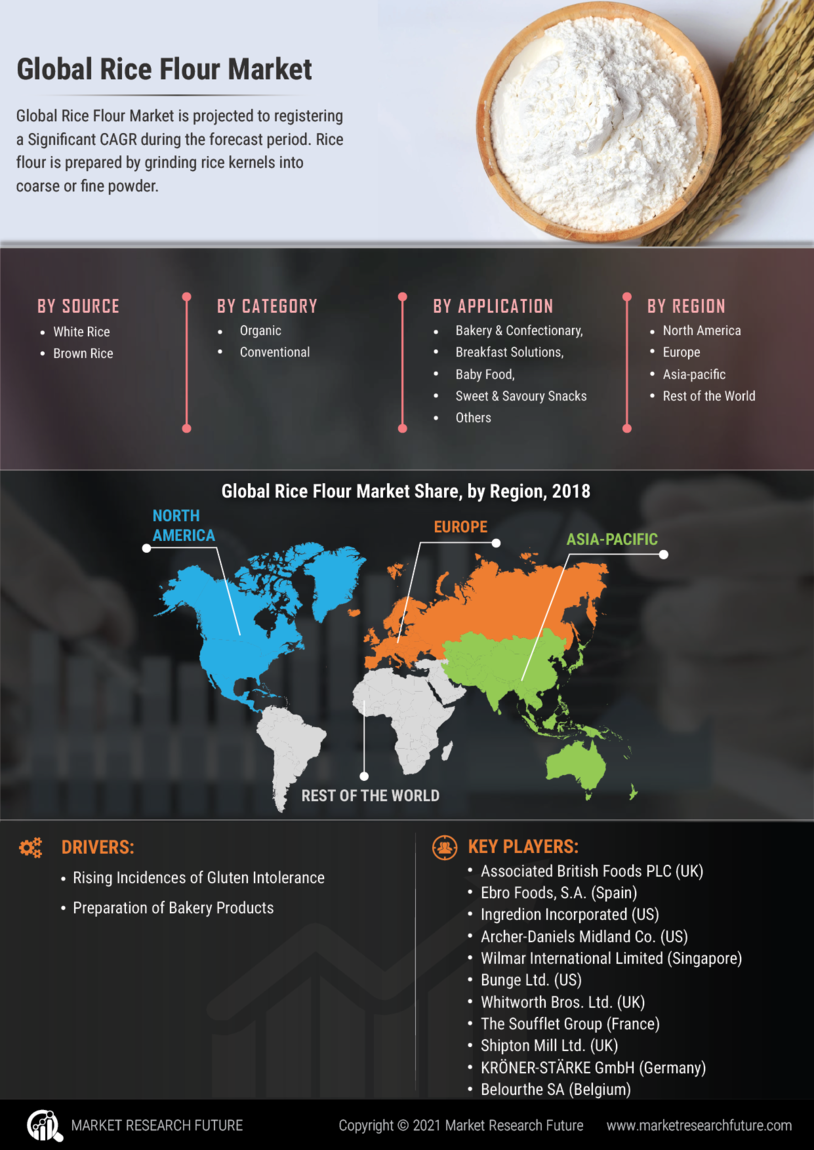 Rice Flour Market has been growing due to its gluten-free properties. The increasing prevalence of celiac disease and rising adoption of gluten-free diet is resulting in manufacturers substituting ingredients high in gluten with rice flour. Moreover, the health benefits of rice flour have attracted the attention of the health-conscious consumers.

Rice Flour Market has been segmented by source, category and application.

By source, the global market has been classified as white rice and brown rice.

The global market has also been segregated, on the basis of category, into organic and conventional.

On the basis of application, the global market is further segmented into bakery & confectionary, breakfast cereals & premixes, baby foods, sweet & savory snacks and others.

The global market has been studied among four key regions—North America, Europe, Asia-Pacific, and the Rest of the World (RoW). 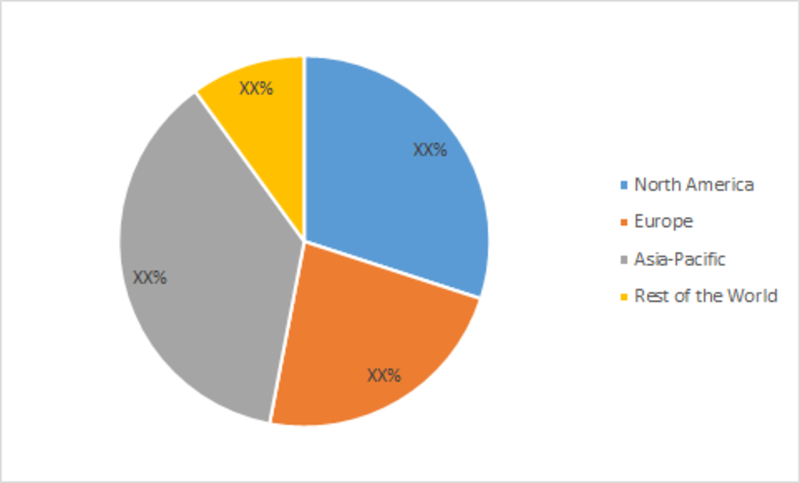 Asia Pacific is expected to dominate the market for rice flour during the forecast period owing to the increasing adoption of gluten-free diet. Rising incidences of gluten intolerance and celiac disease in Australia and Japan are a major driver for the growth of the global market in Asia Pacific. North America is also expected to hold a significant share of the global rice flour industry due to rising demand in bakery applications. The US and Canada are the major contributors to the growth of the North American market. The market in Europe is projected to register a high CAGR during the forecast period with Germany and UK being the largest country-level markets for rice flour in the region. The use of rice flour in the preparation of various dishes is likely to drive market growth in the rest of the world.

What is the predicted growth rate of the Rice Flour Market?

Who is the Leading Key Player in the Rice Flour Market?