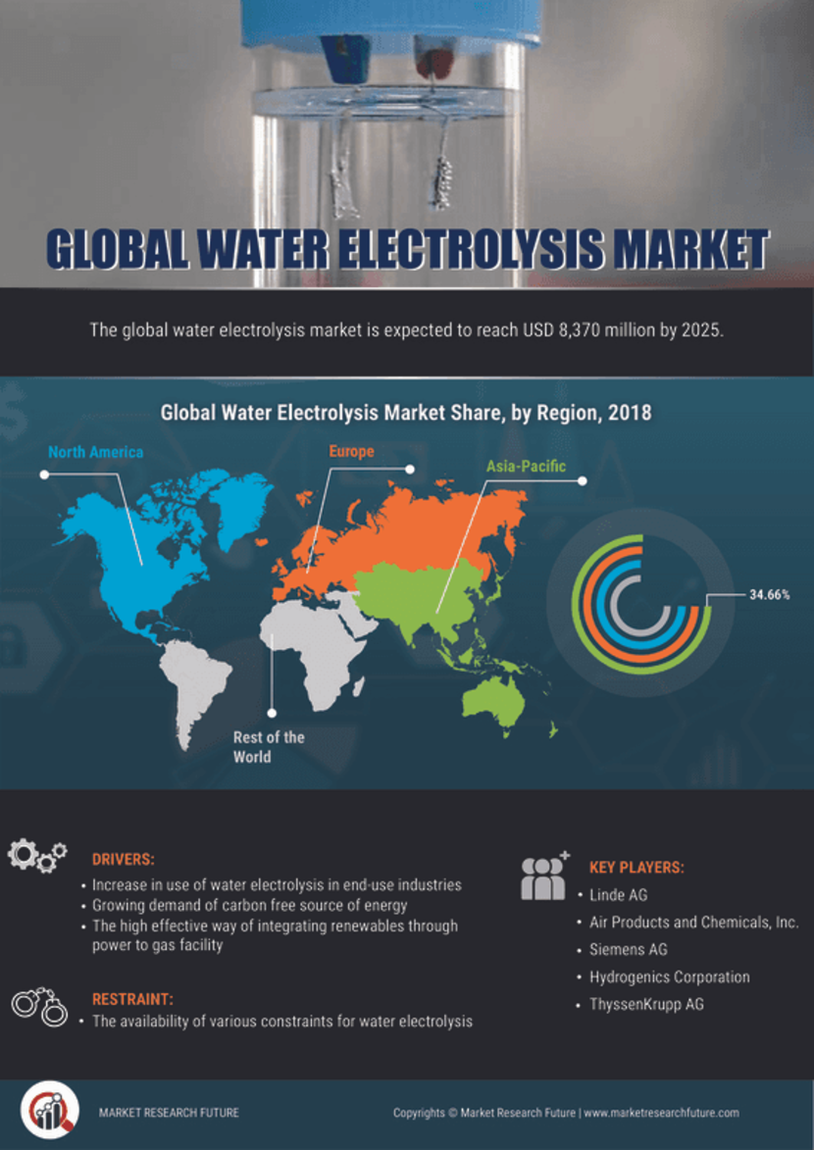 Europe held for the second largest market in the water electrolysis market in 2018, having the most advanced infrastructure in the industry. The largest association in Europe for hydrogen is the multinational European Hydrogen Association (EHA), which comprises 19 national association and several primary hydrogen producing companies. The chemical industry in Europe is the major user for water electrolysis market, due to which the market is expected to grow during the forecast period.

Based on end users, the global water electrolysis market has been categorized as chemicals, electronics & semiconductor, power plants, petroleum, pharmaceuticals, and others. Among these products, the chemicals segment accounted for the largest market share, followed by pharmaceuticals. The chemical industry market will witness phenomenal growth over hydrogen consumption, owing to its growing end users. The increasing demand for hydrogen in the chemical industry is primarily for the manufacturing of ammonia, and hence fertilizers and methanol are used to manufacture polymers. Hydrogen is also used in making other vital products including aniline, cyclohexane, hydrochloric acids, and an assortment of bases. These factors are expected to raise the demand for water electrolysis in the global chemical industry during the forecast period. Furthermore, the high efficiency and increased pressure to reduce industrial carbon emission are expected to further incorporation of water electrolysis by end users, which further raised the market demand and size for the global water electrolysis market during the forecast period.

On the basis of region, the global water electrolysis market is segmented into North America, Europe, Asia-Pacific (APAC), and the rest of the world (RoW). 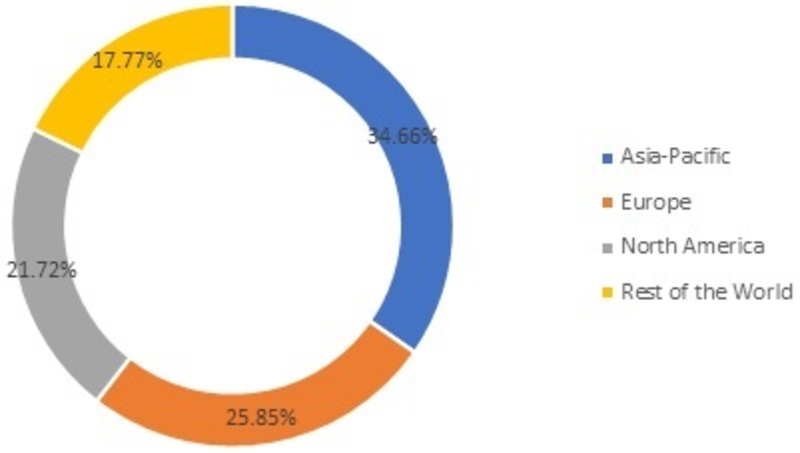 North America is expected to witness significant growth in the global water electrolysis market. North America mainly consists of the US and Canada. The US is one of the global leaders in the development of hydrogen through water electrolysis. Hydrogen and fuel cells in North America offer energy security and a cleaner environment for the people. The US has maintained and developed specific codes and standards to ensure that hydrogen and fuel cells products are safe and environment-friendly. There is various innovation implemented for the use of hydrogens, such as hydrogen-powered bus and hydrogen-powered forklifts in retail stores. The increased use of hydrogen in the US is expected to drive the water electrolysis market in North America during the forecast period.

The rest of the world include the Middle East & Africa and Latin America. In the Middle East & Africa, the automotive industry is expected to witness steady growth during the forecast period due to the steady rate of production of vehicles. This steady rate of production will result in the increased use of water electrolysis in vehicles. The increased usage of water electrolysis will drive the market during the forecast period.

The global water electrolysis market has been segmented based on product category, application, and region. Based on the product category, the global market has been segmented into a proton exchange membrane and alkaline water electrolysis. Among these products, the alkaline water electrolysis segment is projected to be dominant throughout the forecast period, whereas the proton exchange membrane segment has registered as the fastest growing technology. On the basis of end users, in 2018, the chemical segment was dominated by the global market followed by pharmaceuticals. On the basis of region, Asia-Pacific has accounted for the largest market share in the Water Electrolysis market followed by Europe and North America.

Electrolysis is the process of splitting water into hydrogen and oxygen from renewable sources. It is the simplest method for producing hydrogen, where an electric current is passed through a compound thereby separating elements. Water electrolysis for hydrogen production finds its application in various industries, such as chemicals, petroleum, glass, refineries, automobile, pharmaceuticals, metals & mining, and others.

Which region dominated the worldwide market for water electrolysis in 2020?

North America led the market in 2018 and is expected to retain its prominence throughout the conjectured timeline.

What are the primary segments with respect to which the market has been studied in the report?

The global market for water electrolysis has been segmented in terms of product category and application.

Who are the significant end-users in the global water electrolysis market?

The significant end users in the global water electrolysis market are electronics & semiconductors, power plants, chemicals, pharmaceuticals, petroleum, and others.

Who are the top-performing companies in the worldwide market for water electrolysis?

What will be the market condition in the Middle East and Africa in the years to come?

The Middle East & Africam automotive industry is expanding favorably, which can boost the growth of the water electrolysis market. Thus, the market condition in the region during the review timeframe is expected to be quite decent.