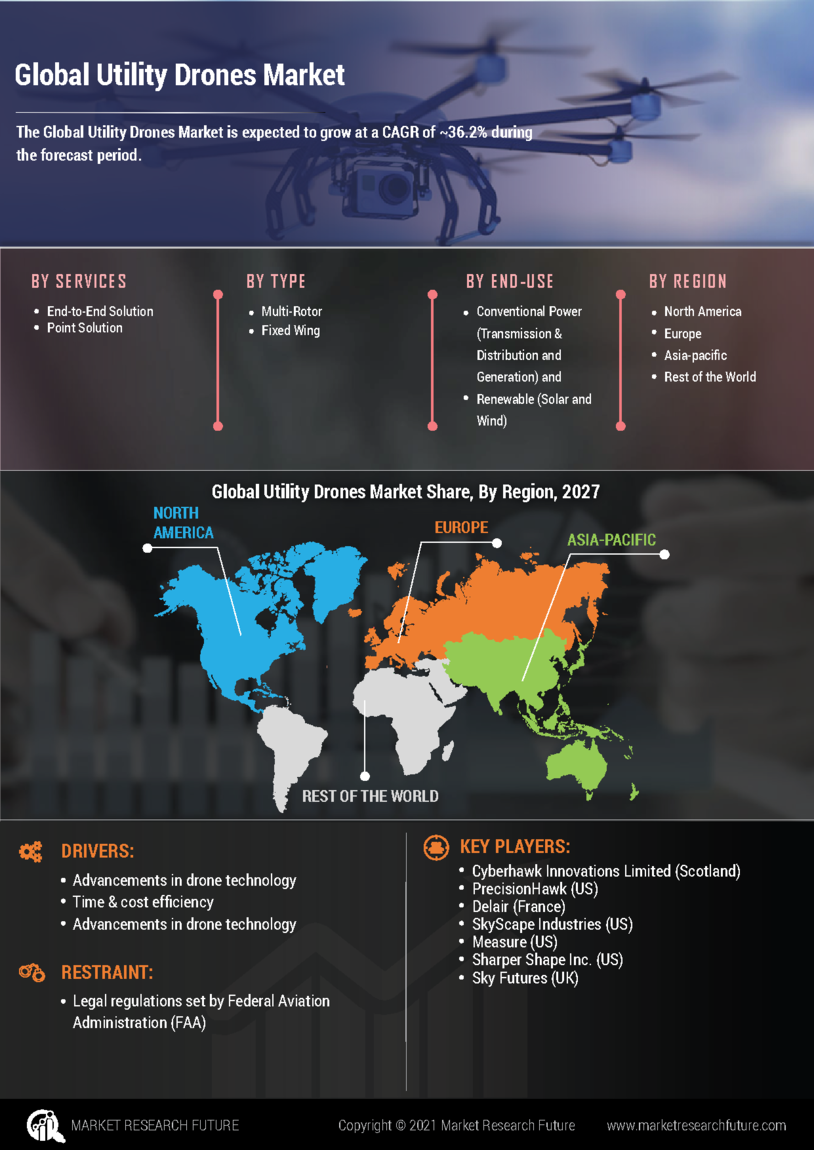 The major factors driving the growth of the global utility drones market include advancements in drone technology and time & cost efficiency. For instance, according to the Forbes article, more aerial imaging and mapping software firms will likely announce artificial intelligence (AI) capabilities, and there are some drone-based AI solutions for image recognition, which shows that advancements in drone technology drive the growth of the market. However, amendments in drone regulations would act a growth opportunity for the utility drones market.

Many major players such as Cyberhawk Innovations Limited (Scotland), PrecisionHawk (US), and Delair are actively focusing on signing contracts and agreements with utilities and industries to supply utility drones solutions. For instance, in May 2018, Delair signed an agreement with Sphere Drones (Australia) to sell Delair UX11 product. This has helped the company provide surveying and mapping solutions to the Australian market. However, legal regulations set by Federal Aviation Administration (FAA) is expected to restrain the growth of the global utility drones market. 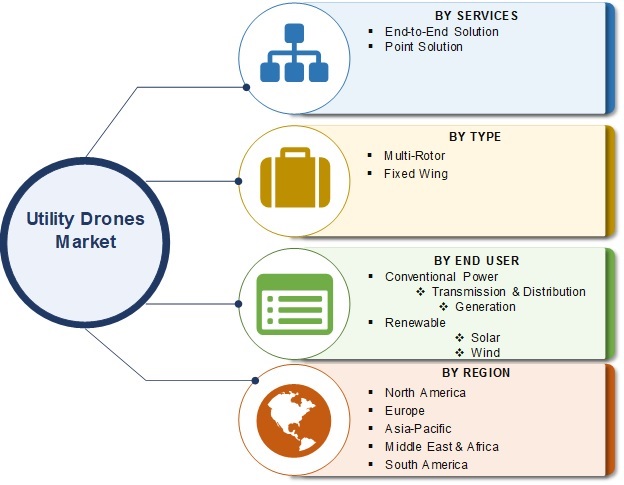 The global utility drones market is expected to witness high growth during the forecast period owing to the growing demand for minimizing outages related to transmission infrastructure.

What are the attributes for development in the utility drones market?

The benefit of being able to map areas and overcome traffic aerially is estimated to create a positive scope for the growth of the market.

What are the CAGR projections for the utility drones market?

A 36.2% CAGR is expected to motivate the market in the upcoming period.

What are the revenue trends forecasted for the utility drones market?

The income potential of USD 2.1 billion is forecasted for the market by 2027.

What factors can restrict the utility drones' market expansion in the upcoming period?

The regulations related to the airspace of various countries are estimated to restrict the market in the impending period.

Which companies are competing for a majority utility drones market share?

Measure (US), Sharper Shape Inc. (US), and SkyScape Industries (US) are estimated to create a positive title for market expansion in the upcoming period.