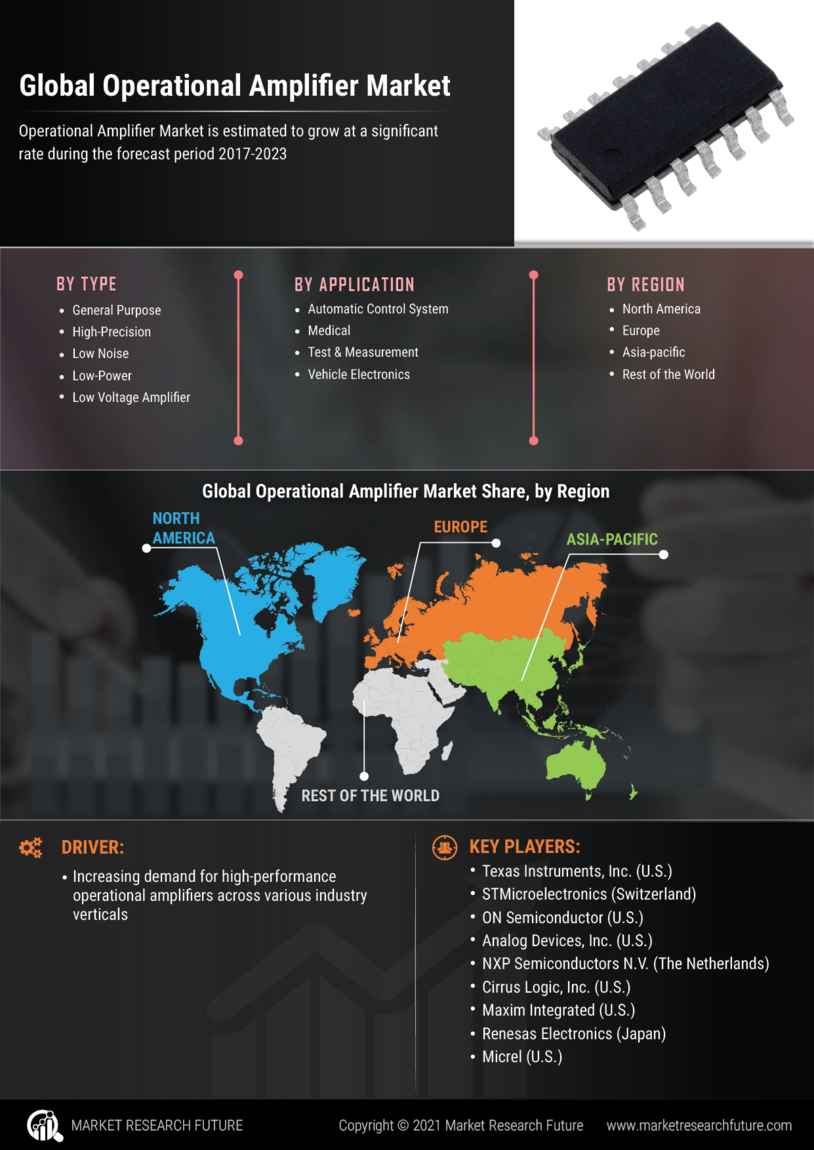 The sudden and unexpected outbreak of the novel coronavirus pandemic has created major challenges and issues for the operational amplifier market opportunities that were being eyed upon during the ongoing forecast period that will be ending in 2028. The adversity of the arrival of the novel coronavirus pandemic has been such that there is a dire need for the market to come up with alternatives and further, record a considerable amount of sales of the same during the lockdown and functional restrictions by the global market governments.

The global governments are entering into collaborations with the key market players that are functional in an array of locations to help in the expansion of the operational amplifier market share that has been projected by the industry experts for the ongoing forecast period that will be ending in 2023. There has been a frequent rise in the funding and investment that is important for the expansion of the product portfolio and meeting the rising demands of the global target audience that is spread in a series of participating regions for the operational amplifier market market.


However, the global operational amplifier market opportunities are witnessing the emergence of factors that might hamper the expected growth for the market during the forecast period that will be ending in 2028. The target customers' demand for lower current consumption can create quite a challenge for the Operational Amplifier market. The emergence of worldwide financial uncertainty and macroeconomic situations such as currency exchange rates and economic difficulties are some of the major factors which are hindering the growth of the Operational Amplifier Market.

The global operational amplifier market is segmented based on type and application.

The global operational amplifier market is studied under the Asian Pacific region, North America, Europe, and the Rest of the World. The Asia Pacific is estimated to account for the largest share of the market from 2021 to 2028 and is also expected to grow at the fastest rate during the forecast period. The growth of the market in the Asia Pacific is attributed to advancements in the electronics industry and increasing demand for operational amplifiers due to the growing demand across the manufacturing and automotive industry in the region. Also, the growing demand for high-performance applications and cost efficiency as prominent market inputs are other factors fueling the market growth.

The prominent players of the global operational amplifier market are as follows:

The operational amplifier report is a compilation of first-hand information, qualitative and quantitative assessment based on the market trends that have been read by the industry analysts, inputs from industry experts and industry participants across the value chain. The global market report further, helps the target audience and provides in-depth analysis of parent market trends, macro-economic indicators, and governing factors along with market attractiveness as per segments that are functional in various regions of the global market during the ongoing forecast period that ends in 2023. The elaborated market report also maps the qualitative impact of various market factors on market segments and geographies.

Name some of the prominently functioning and emerging regions of the global market during the ongoing forecast period of 2021-2028?

Which region is likely to undergo exceptional market growth in the period?

The North American and the APAC market are expected to undergo excellent market growth.

What are the market segments?

The global market has been segmented to function based on geography, application, and type.

Operational Amplifier Market is estimated to grow at a significant rate during the forecast perio...