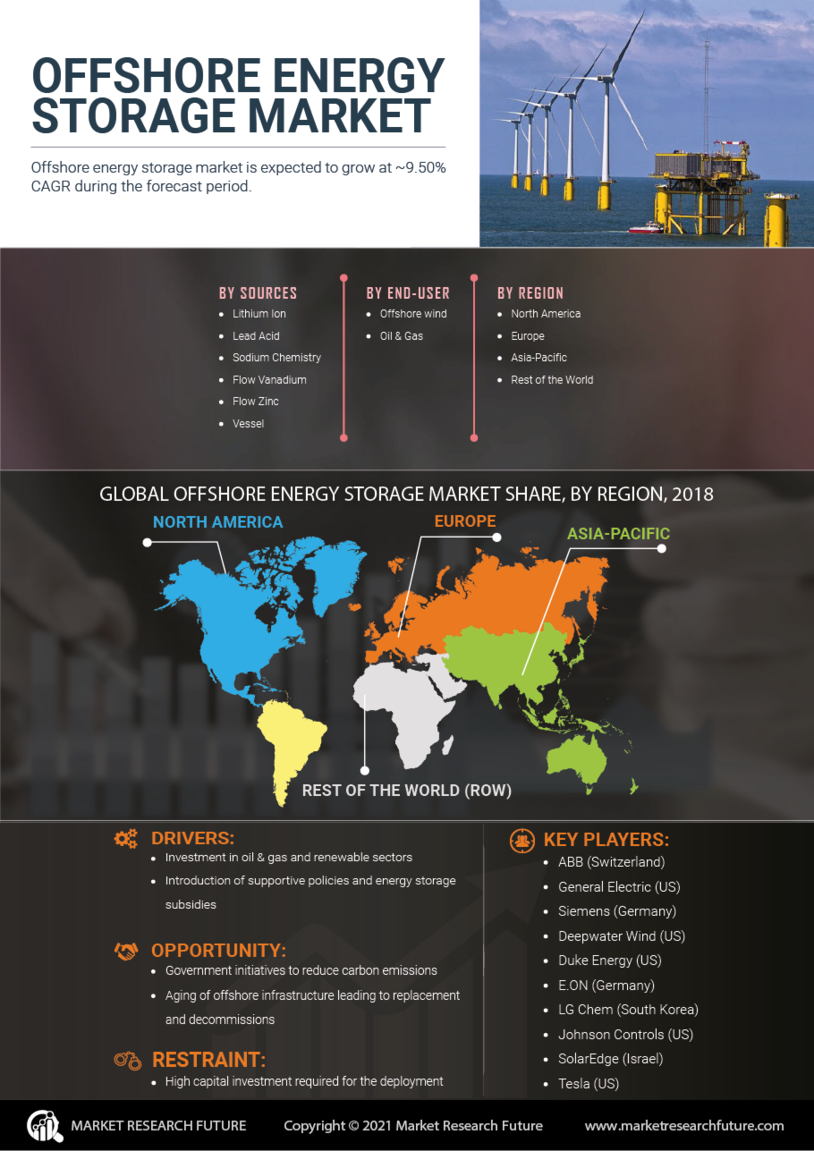 Offshore energy storage market is expected to grow at ~9.50% CAGR during the forecast period. 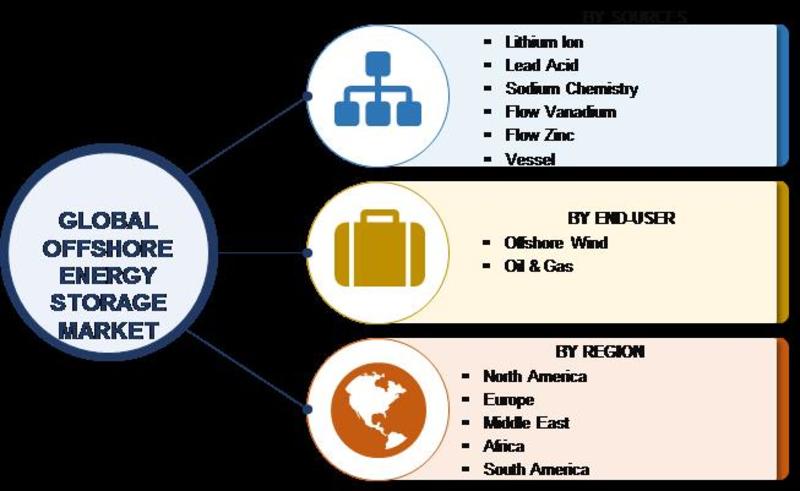 Global offshore energy storage market has been segmented based on sources, end-user, and region. Based on sources, the market is classified into lithium ion, lead acid, sodium chemistry, flow vanadium, flow zinc, and vessel. The lithium-ion segment dominates the market as technological advancements are getting implemented in lithium-ion batteries. This would further lower down the cost of this technology, driving the lithium-ion segment. In May 2018, Siemens unveiled a lithium-ion battery-based energy storage system for offshore operations including offshore wind. This would help to develop energy storage technologies for marine and offshore oil & gas applications. The global offshore energy storage market is further segmented based on end-user including oil & gas and offshore wind. Offshore wind segment is estimated to grow at a faster pace during the forecast period due to increasing investment in renewable energy across the globe.

Increasing urbanization and industrialization is leading to higher energy demand during the forecast period. The countries are focusing on energy storage system through renewable energy sources such as offshore wind farms. Technological advancement and clean energy consumption would further propel wind power deployment and open opportunities in the emerging markets of Asia-Pacific, especially in countries like China, Japan, and South Korea as they are looking for an alternative source of energy to diversify their energy mix to reduce CO2 emissions. these developments would drive the offshore energy storage market.

What rate of growth is expected for the global offshore energy storage market?

The offshore energy storage market is supposed to expand at 9.5% CAGR.

What are the segments of the offshore energy storage market on the basis of sources?

By sources, which segment is assessed to dominate the offshore energy storage market?

The lithium ion segment is anticipated to dominate the offshore energy storage market.

What end-user segments are profiled in this report?

The end-user segments profiled are offshore and oil & gas.

Who are the key players operating in the offshore energy storage market?

Global Offshore Energy Storage Market Predicted To Grow At More Than 9.50% By 2027