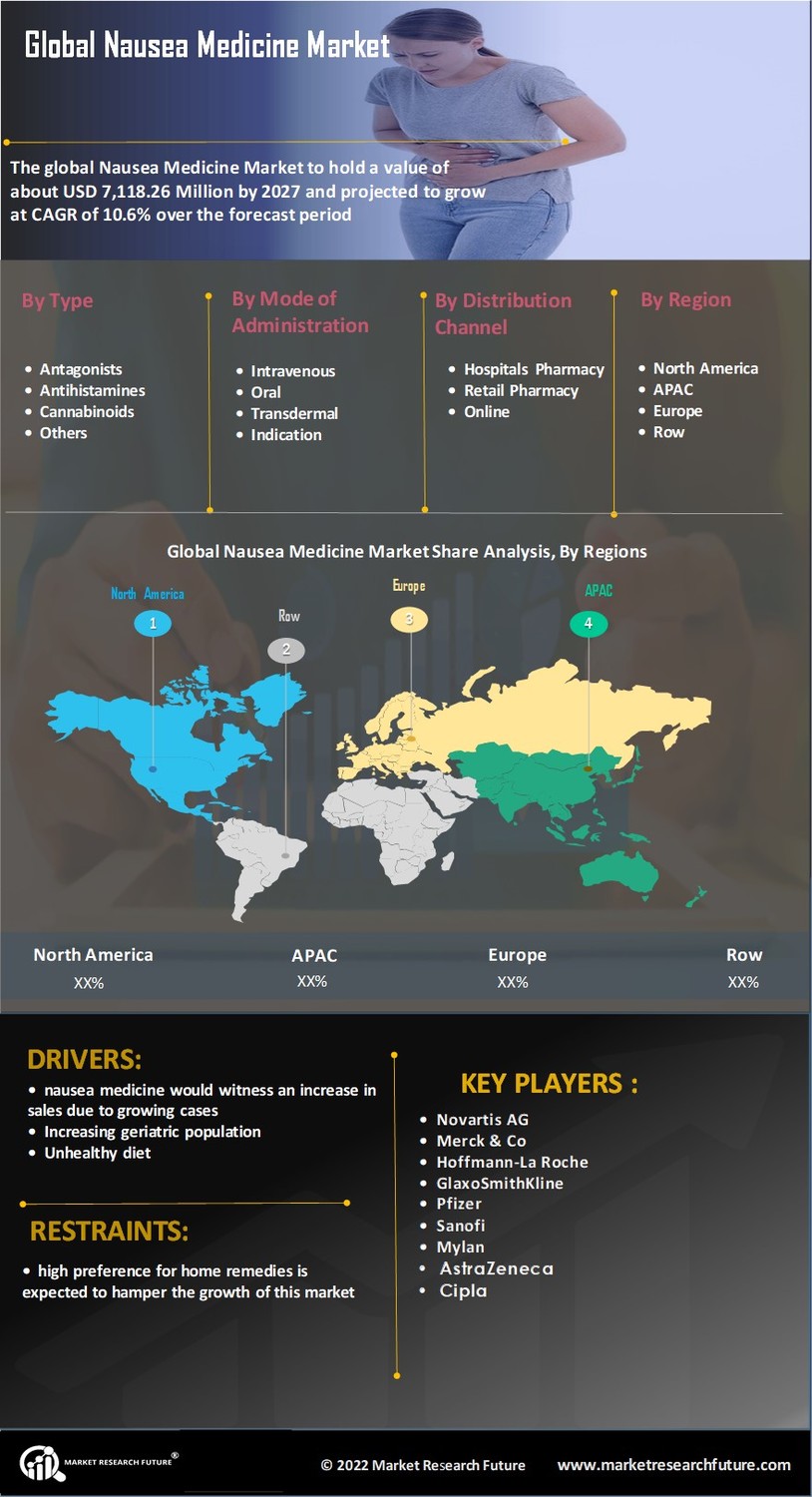 Global Nausea Medicine Market is expected to register a CAGR of 7.83% to reach USD 2423.26 Million by 2027. Nausea medicines are those that have the ability to treat conditions such as nausea and vomiting. The growing cases of cancer rise in gastrointestinal diseases, and increasing geriatric population, sedentary lifestyle and unhealthy diet, are driving the global nausea medicine market. However, a high preference for home remedies is expected to hamper the growth of this market during the forecast period. Nevertheless, collaborations between large drug manufacturing companies and small companies are likely to set a lucrative opportunity for the growth of this market in the near future.

Cancer has a major impact on society in the United States and across the world. According to the National Cancer Institute, in 2020, roughly 1.8 Million people will be diagnosed with cancer in the United States. An estimated 276,480 women and 2,620 men will be diagnosed with breast cancer, which makes it the most common cancer diagnosis. According to Cancer Research UK, in females in the UK, there were more than 179,000 new cancer cases in 2017, and in males in the UK, there were around 187,000 new cancer cases in 2017. Such a rising number of people being affected by different types of cancer is driving the growth of the nausea medicine market. Chemotherapy is one of the standard treatments used to deal with cancer and is also accompanied by side effects of nausea and vomiting. Chemotherapy-induced vomiting and early stage of pregnancy require nausea medicine throughout the therapy. Thus, nausea medicine would witness an increase in sales due to growing cases of cancer during the forecast period.

Global Nausea Medicine Market has been segmented By Type, Mode of Administration, Indication, and Distribution Channel.

By indication, the oncology segment held the largest share of 39.84% in 2019 owing to an increasing number of patients experiencing nausea associated with chemotherapeutic drug use. 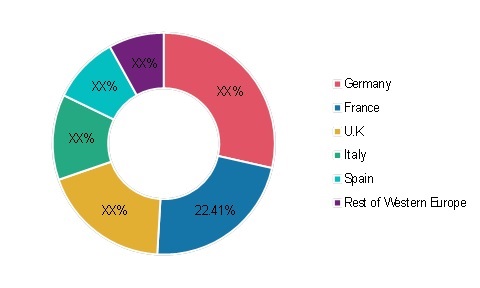 Global Nausea Medicine Market, based on region, has been divided into the Americas, Europe, Asia-Pacific, and the Middle East & Africa. The Americas is likely to dominate the global nausea medicine market. This large share can be attributed to the presence of major manufacturers, rising awareness about early disease diagnosis, and the rising prevalence of gastrointestinal diseases.

The European market is the second-largest market for nausea medicine. Factors such as a boost in the biopharmaceutical sector in the European region, improving economies, high disposable income per individual, and increased healthcare spending are driving the growth of the market in this region.

The market in Asia-Pacific is expected to register a significant growth rate during the forecast period owing to growing awareness about diseases, government support to improve the healthcare sector, and rising geriatric population.

The nausea medicine market in the Middle East & Africa is projected to show gradual growth during the forecast period. In this region, the Middle East is anticipated to dominate owing to the number of cancer populations and high incidences of gastroenteritis and other gastrointestinal diseases.

Some of the key strategies followed by players operating in the global market were innovation, product development, expansion, and acquisition & mergers.

What is Global Nausea Medicine Market?

Which is the largest segment in the global Nausea Medicine Market?

The Oncology is largest segment on the basis of Indication in the global Nausea Medicine Market.

What are the major tailwinds pushing the growth of the Nausea Medicine Market?

Increasing geriatric population and Sedentary lifestyle are the major tailwinds pushing the growth of the Nausea Medicine Market.

Which region holds the largest share in the Nausea Medicine Market?

The Americas holds the largest share in the Nausea Medicine Market.

The Increase in Gastrointestinal Diseases and Changing Lifestyles with a shift in Dietary Habits ...