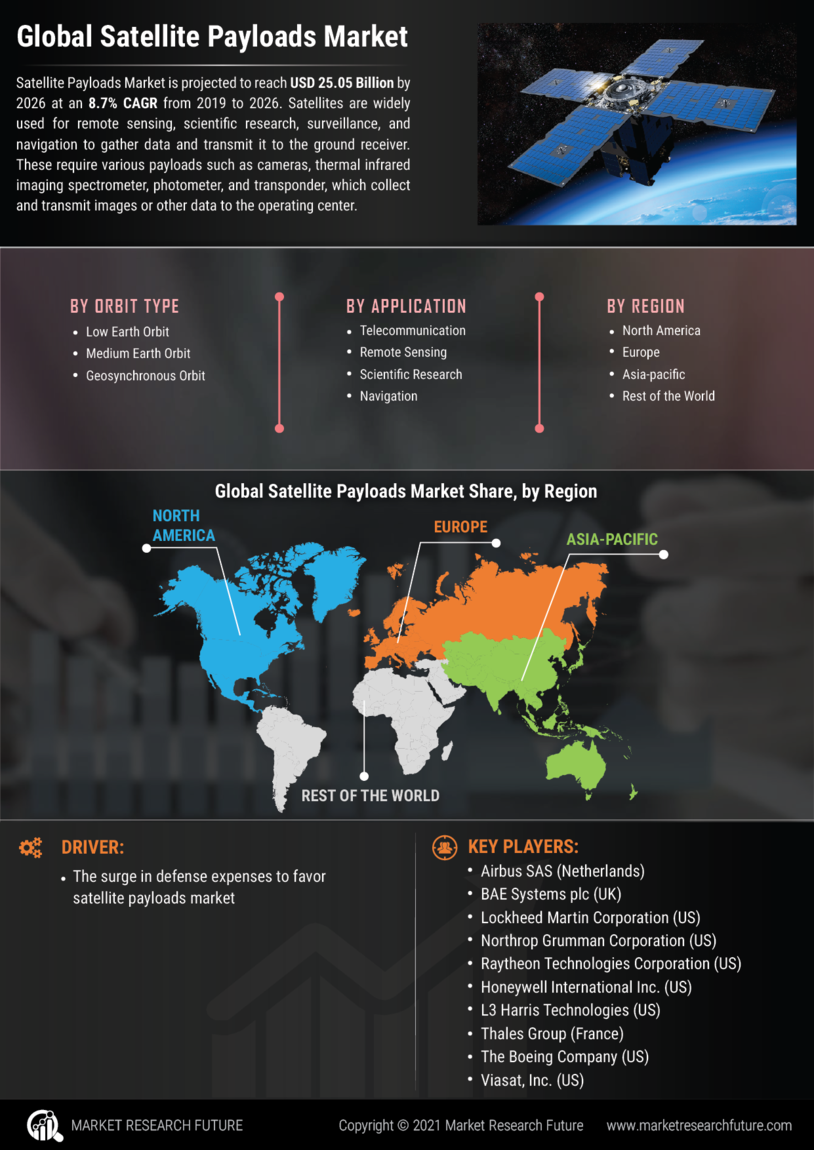 Satellite Payloads Market is projected to reach USD 25.05 Billion by 2026 at an 8.7% CAGR from 2019 to 2026. Satellites are widely used for remote sensing, scientific research, surveillance, and navigation to gather data and transmit it to the ground receiver. These require various payloads such as cameras, thermal infrared imaging spectrometer, photometer, and transponder, which collect and transmit images or other data to the operating center.

Satellite Payloads Market has witnessed high growth in recent years owing to the increasing number of private firms in the space industry and increasing defense expenditure. Moreover, the increasing demand for small satellites for earth observation is further driving the growth of the market. However, satellite launch failures and high development costs are expected to hinder market growth to some extent.

Rising use of IoT in industries requiring satellite payloads.

What is the CAGR of the satellite payloads industry?

What is satellite payloads market valuation?

What can drive the satellite payloads market?

The surge in defense expenses to favor satellite payloads market.

In which region is satellite payloads market expected to thrive?

EU flight entertainment market to thrive in near future.