The porcine vaccine market is estimated to grow crucially over the expected period. The porcine vaccines market had a market value of USD 2,429.76 Million in 2030 and is expected to grow at CAGR of 7.20% over 2022-to 2030. The porcine vaccine denotes an administrative and clinical drug that helps improve swine health. These vaccines help to protect from pathogens, deadly viruses and bacteria. Due to vaccines, widespread diseases such as swine influenza, diarrhoea, and respiratory syndrome have been reduced.

The increase in the commonness of diseases in swine all over the globe acts as one of the main factors which are operating the growth of the porcine vaccines market. The continuous invention in the market to fulfil the customer demand and the rise in initiatives by the government to support stages of development of vaccines increase the market growth. The increasing focus on delivering vaccination services to properly use the swine vaccines to deal with bacteria or viruses further influences market growth. Moreover, the technological development, rise in population and increase in the number of generic drug producers positively impact the porcine vaccines market. Furthermore, the special designation from the regulatory authority extends profitable opportunities to the main market players in the predicted period of 2022 to 2029. The covid-19 pandemic had an important impact on the market. Considering this global challenge, the pharmaceutical industry has extended its research at an extraordinary pace. For example, the research and development unit of Boehringer Ingelheim Animal Health business was renamed Animal Health Global Innovation. It was given a new administrative structure based on disease and a system-centred R&D approach. This allows the company to bring modernisations in treatment and preventive veterinary therapies to the market.

The porcine vaccines market has been segmented into type, disease indication, and end user.

The market, by end user, has been segmented into Veterinary Hospitals and Hog Production Farm. 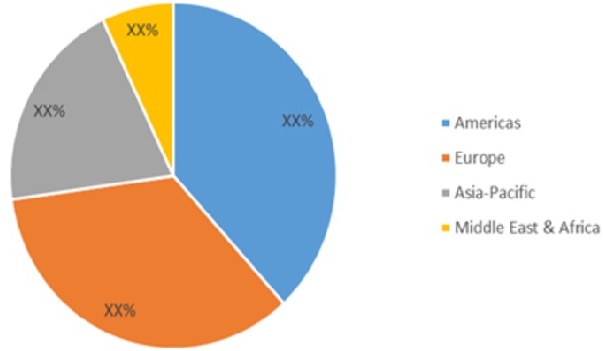 Geographically, the Americas is anticipated to dominate the global porcine vaccines market owing to the rise in number of pig farms and rise in swine diseases such as PED (Porcine Epidemic Diarrhea), PRRS (Porcine Reproductive & Respiratory Syndrome), swine influenza etc. Moreover, rapid increase in contract farming and independent farming for pig cultivation is driving the growth of this market in this region. According to a report from National Hog Farmer, there were 71.7 million pigs in US hog farms as of June 2016.

Europe is expected to hold the second largest position in the global porcine vaccines market. The market growth in this region is attributed to increasing number of production units for swine and high consumption of pork meat.

The porcine vaccines market in Asia-Pacific region consists of countries namely China, Japan, Republic of Korea, India, Australia and Rest of Asia-Pacific. The Asia-Pacific region is expected to be fastest growing region owing to initiatives by various government agencies, animal associations, and high growth opportunities for major key players for setting up their vaccine manufacturing plants in this region.

The Middle East & Africa has the lowest share of the global porcine market. Majority of the market of the region is anticipated to be held by the Middle East region owing to the growing government initiatives for the animal care sector.

The vaccine was created together and manufactured using CrisBio. This improved the rate of vaccine sales in the market.