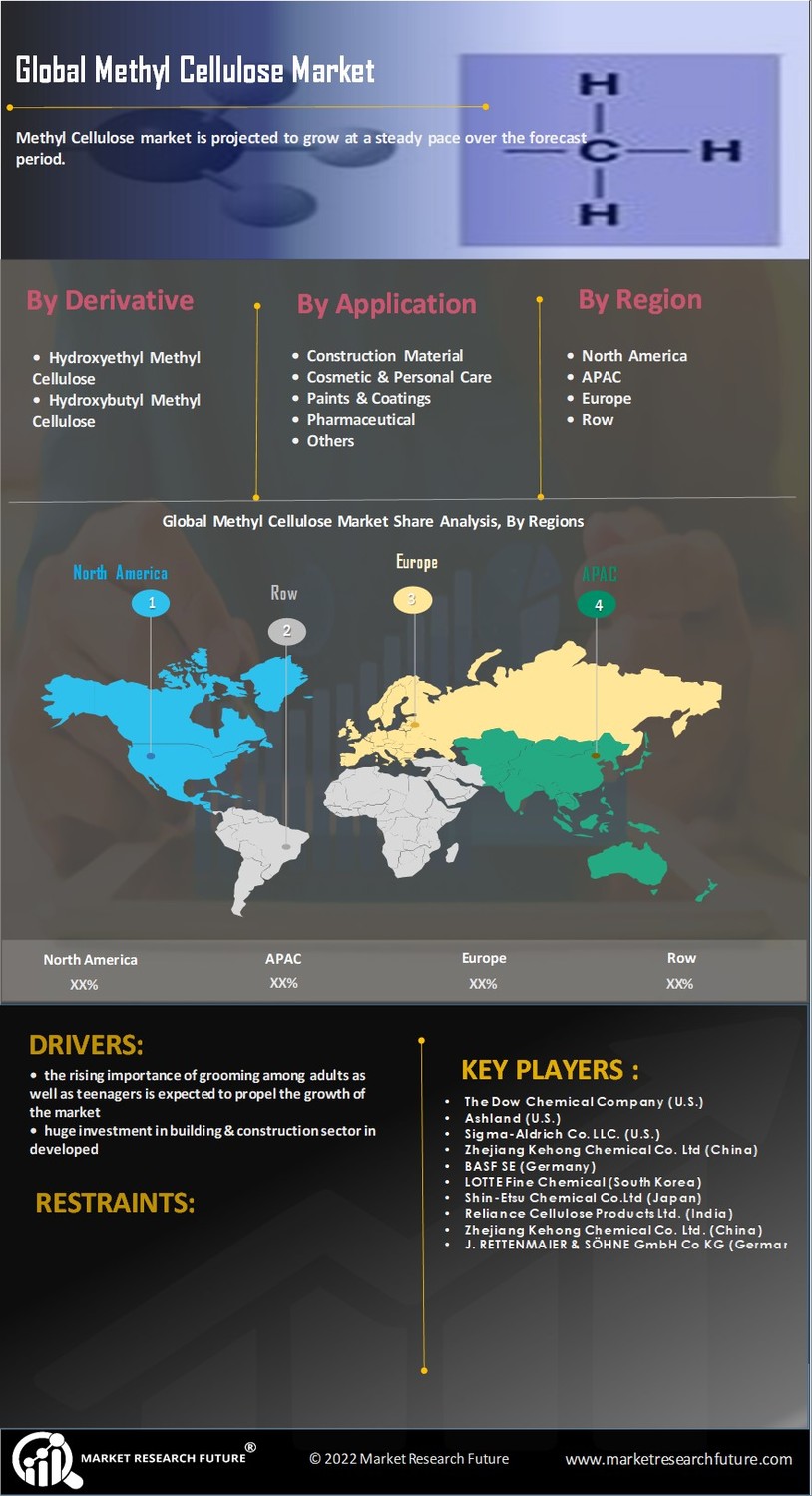 Methyl Cellulose belongs to a family of hydrocolloids and a hydrophilic chemical compound obtained from cellulose. It possess various characteristics such as zero toxicity, non-allergic, and non-irritating nature. They are long-chain substituted cellulose and are synthetically manufactured by treating & heating cellulose with caustic solution and methyl chloride. They possess unique properties which make them suitable to be used in numerous application such as paints & coatings, pharmaceutical, construction material, cosmetic & personal care, and others. Some of the other application include lubricants, textile agent.

As per our analysis, some of the prominent market factors and trends identified in the Global Methyl Cellulose are rising awareness, increasing number of working professionals, and growing construction sector. Furthermore, the rising importance of grooming among adults as well as teenagers is expected to propel the growth of the market. New product innovation and increasing popularity of various types of celebrity cosmetic items are predicted to fuel the demand for Methyl Cellulose in upcoming years. Moreover, increasing usage of Methyl Cellulose in the production of cosmetics & personal care products along with rising demand for personal care products such as shampoo, lotion, and cream is estimated to boost the growth of the market. On the plus side, huge investment in building & construction sector in developed as well as emerging nations are estimated to raise the growth of the market. Additionally, it is used as a sizing agent or binder in paper and textile industry. Thus, considering the fostering growth of textile industry worldwide is expected to offer lucrative growth opportunities for Global Methyl Cellulose Market. 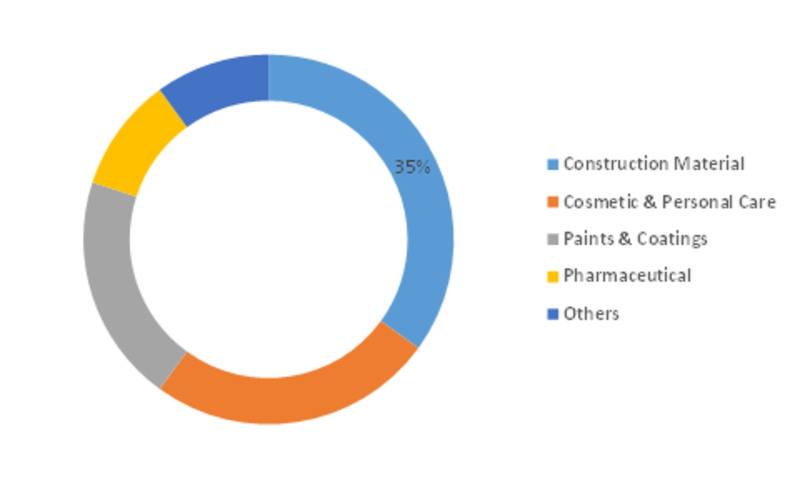 The Methyl Cellulose Market is segmented into five regions namely– Asia Pacific, Europe, Latin America, North America, and the Middle East & Africa. Among these, Asia Pacific is expected to grow at the highest CAGR during the forecast period due to rising demand from end use application such as paints & coatings and construction material among others. The demand for Methyl Cellulose is estimated to surge in developing countries of Asia Pacific such as India, China, Vietnam, and Bangladesh on account of increasing industrial as well as residential construction sector. Moreover, ease of availability of raw material, growing purchasing power, soberly stringent regulatory framework, inexpensive labor cost, and improving development strategies to fulfil the demand for Methyl Cellulose in the growing applications are the important factors for the regional market growth.

Asia Pacific emerged as the largest market followed by North America and Europe. North America is predicted to witness a significant growth in Methyl Cellulose Market owing to the recovery of industrial sector coupled with escalating investments to revitalize paints & coating industry. North American countries such as U.S and Canada are among the major contributors in the regional market growth and are estimated to see a significant regional market growth in the near future due to strong presence of manufacturers and end use industries. The U.S. accounted for the largest market share in terms of value and is predicted to grow with a moderate CAGR owing to growth in cosmetic & personal care.

In Europe, countries such as Italy, France, Spain, Germany, and U.K have emerged as prominent consumer markets due to developed end use industries and increasing expenditure on research, development and innovation. Latin American countries such as Argentina, Colombia, and Brazil are also estimated to witness an above average growth with the association of new business models. Moreover, lubricants are widely used in automotive and general industry, rising automobile production and sales as well as expansion of general industry in countries such as China, India, Mexico, Germany, Spain, and Japan will further drive the market growth. The Middle East & Africa is estimated to witness an average growth during the assessment period. Huge investment in institutional as well as commercial construction sector in Turkey, Oman, Saudi Arabia, Qatar and the United Arab Emirates (UAE) is estimated to positively influence industry growth over the assessment period.

At what CAGR is the Methyl Cellulose Market predicted to grow during the forecast period?

Methyl Cellulose Market is predicted to grow at 4.5% through forecast period of 2022-2030.

What is the forecast period of Methyl Cellulose Market research report?

The forecast period for Methyl Cellulose Market research report is 2022-2030.

Which region will lead the global Methyl Cellulose Market?