The fuel dispenser refers to the devices used at the fuel stations to pump and monitor liquid or gaseous fuel. It is used for dispensing various fuels, such as petrol, diesel, ethanol fuel, Kerosene, biofuels and natural gas, into automobiles, aircraft, storage tanks and portable containers. It consists of numerous electronic and mechanical components, including the hydraulic display meters, hoses, pumps, valves and nozzles. The rotary pump in the hydraulic section of the dispenser draws the fuel from the storage tank, and a pivoted valve ensures that the fuel flows smoothly through the dispenser. It also ensures that the correct amount of fuel is dispensed into the vehicle tank.

The significant growth of the automotive industry across the globe is one of the key factors that create a positive outlook for the market. However, the increasing awareness among the masses regarding biofuels provides the thrust to the market's growth. The governments of both developed and developing economies are implementing favorable policies and offering subsidies to promote the utilization of hydrogen and compressed natural gas-fueled vehicles.

The increase in demand for NGVs coupled with rising government initiatives is leading major automotive OEMs to increase their focus on NGV design and manufacturing. In 2017, Volkswagen signed a joint declaration of intent to expand CNG use in Europe with a focus on Germany to expand its CNG vehicles to 1 million by 2025 along with increasing the number of CNG filling stations from 900 to 2,000 in the same timeframe. Therefore, the increasing use of NGVs is expected to drive the demand for fuel dispensers during the forecast period. However, the production and sale of vehicles are increasing across the globe. However, there has been a steep decline in the number of fuel stations. This can be attributed to decreasing profit margins, increasing real estate prices, rising sales of electric vehicles, and the introduction of new mobile fuel delivery systems. Moreover, the use of fuel dispensers is limited to gasoline-powered automobiles and NGVs. Hence, the increasing sales of electric vehicles are expected to restrict the demand for fuel dispensers during the forecast period.

Europe held a significant share of the fuel dispenser market in 2017. Rapidly growing demand for fuel dispensers in the automotive industry in Germany, the UK, and France are expected to propel the market growth during the forecast period.

The global fuel dispenser market has been segmented based on the product, type, application, and region.

On the basis of type, the market has been segmented into submersible and suction. Among these products, the submersible segment has accounted for the largest market share, followed by suction. Submersible pressure pumps operate using pressure technology to dispense fuel. In this technology, every underground fuel tank has a single pressure outlet which is connected to the fuel dispensing units in the filling station. Additionally, the installation, maintenance, and service costs of submersible pressure pump systems are considerably lower than the alternative. This is the primary factor driving the growth of the submersible segment of the global fuel dispenser market. Submersible pumps are convenient to use in filling stations where demand is high, and multiple fuel points are available.

On the basis of application, the global fuel dispenser market has been segmented into petrol, diesel, biofuel, and others. In 2018, the petrol segment dominated the market and projected to be dominant during the forecast period. The use of fuel dispenser for pumping gasoline is very high as gasoline is widely being used as a transportation fuel. According to the US Energy Information Administration, in 2017, the Americas used around 143,000 million gallons of motor gasoline and 173 million gallons of aviation gasoline. Most of the vehicles such as cars, sport utility vehicles, light trucks, motorcycles, and small aircraft use gasoline as a primary fuel across the world.

On the basis of region, the global fuel dispenser market is segmented into North America, Europe, Asia-Pacific (APAC), and the rest of the world (RoW). 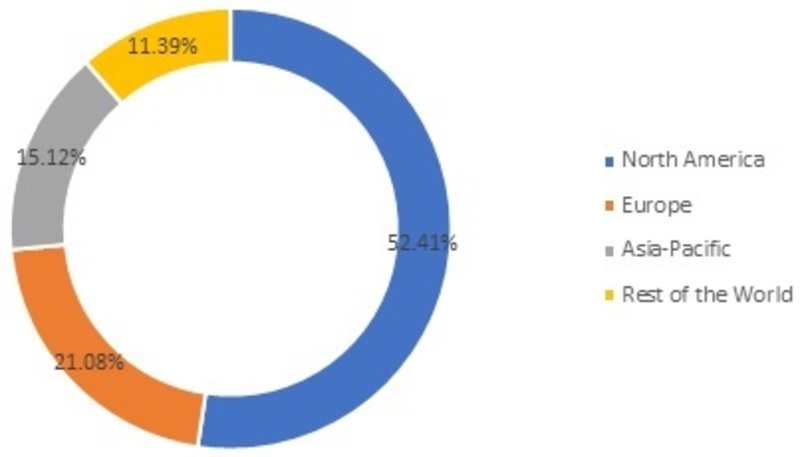 The rest of the world includes the Middle East & Africa and Latin America. In this region, the entry of new players, as well as the expansion of sales networks by existing players, is resulting in the increased installation of fuel dispenser kiosks. In the Middle East & Africa, rising investments by major oil & gas companies such as Schlumberger and Shell in the region’s downstream oil & gas industry has led to opportunities for fuel dispenser manufacturers.

The global fuel dispenser market is snowballing because of the rapid adoption of natural gas vehicles, as well as the increasing consumption of petroleum products, which is happening in emerging economies.

What is the restraining factor for the global fuel dispenser market?

It is the reducing number of fuel stations along with rising sales of electric vehicles is the main factor restraining the growth of the market.

Which region is growing faster in the expansion of the market?

North America could be the largest market for fuel dispensers during the forecast period and snowball as well.

Why is Europe considered as an essential region in the study of market share?

Europe held an essential share of the fuel dispenser market in 2017. Since then, due to the rapidly growing demand for fuel dispensers in the automotive industry, mainly in the countries of Germany, the UK, and France are propelling market growth.

According to MRFR analysis, Gilbarco Inc.  operates as a subsidiary of Fortive Corporation. The company is one of the leading manufacturers of fueling and convenience store equipment such as fuel dispensers. Its product portfolio covers fuel dispensers, point-of-sale systems, payment systems, forecourt merchandising, and support services. The company has increased investments in research and development to meet the growing demand for advanced technology in fuel dispensers

Dover Fueling Solutions is a part of Dover Corporation. It manufactures fuel dispensers and is one of the leading providers of fuel retailing solutions. The company offers the ClearView, Fairbanks, ProGauge, Tokheim, Wayne Fueling Systems, and OPW’s Fuel Management Systems brands of fuel dispensers. The company aims at the diversification of its product portfolio through acquisitions and joint ventures. It targets key growing economies such as India, China, and other Asian countries to expand its global footprint.

Tatsuno Corporation is a global manufacturer of products for the petrol industry. The company offers fuel dispensers for gasoline, diesel, LPG, CNG, and hydrogen to retail and commercial fueling customers across the world. In Japan, it provides fuel dispensers and support including planning and construction of gas stations and related facilities. It also offers inspections and maintenance of sold products. The company is engaged in environment-related activities such as soil analyses and remediation. The company plans to invest in product development to improve design and accuracy and integrate modern technologies and functions.

Bennett Pump Company is a wholly owned subsidiary of Hines Corporation. It is a global manufacturer of retail and commercial fuel dispensers and components. The company’s product portfolio includes dispensers for petrol, diesel, LNG, hydrogen, and CNG. It focuses on product development and expansion.