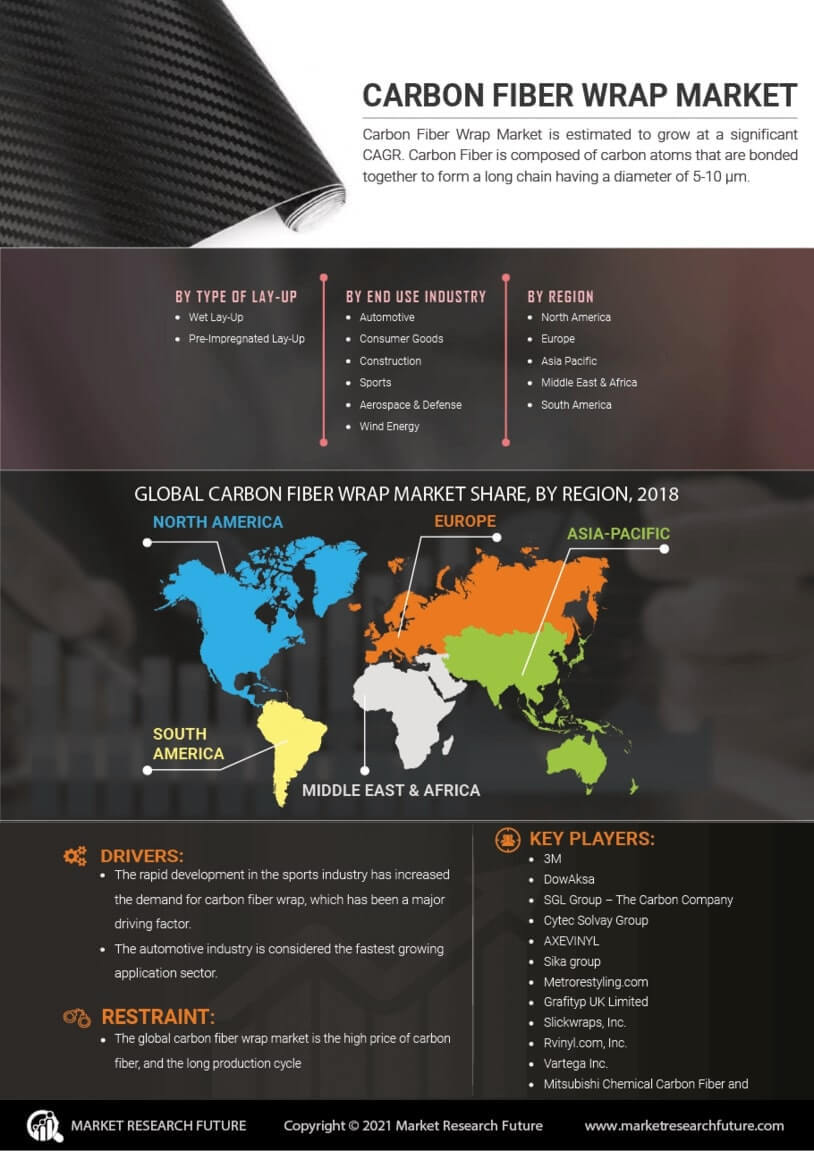 Carbon Fiber is composed of carbon atoms that are bonded together to form a long chain having a diameter of 5-10 µm.  The carbon atoms are bonded together in microscopic crystals that are mostly aligned parallel to the long axis of fiber. The crystal alignment makes the fiber incredibly strong for its size, which enables its several applications where high strength-weight ratio is required. Besides this, carbon fiber also shows several properties, such as excellent durability & impact resistance, high chemical resistance, low CTE (Coefficient of Thermal Expansion), X-ray transparency, low thermal and electrical conductivity, dampens sound by absorbing sound waves, and design flexibility.

List of Key Players in the Carbon Fiber Wrap Market

The global carbon fiber wrap market is segmented based on type of lay-up process, end-use industry, and region.

On the basis of the end-use industry, the global carbon fiber wrap market is segmented into automobile, consumer goods, construction, sports, aerospace & defense, wind energy, and others.

On the basis of the region, the global carbon fiber wrap market is segmented into Asia Pacific, North America, Europe, Latin America, and Middle East and Africa. 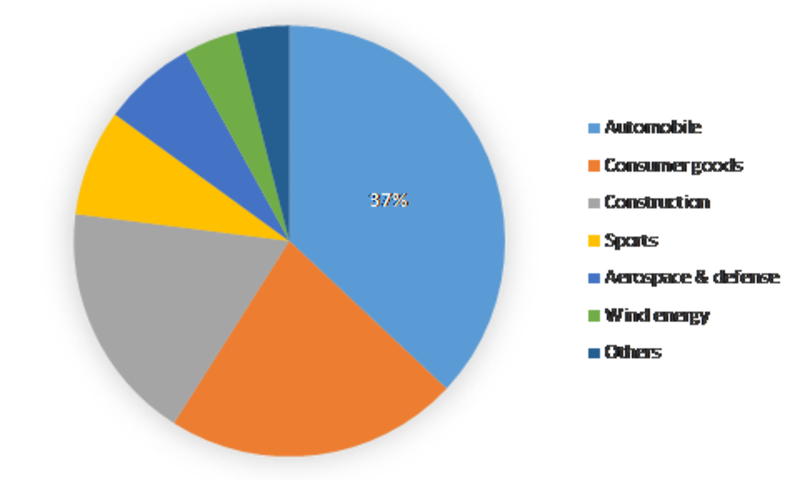 The North America carbon fiber wrap market is projected to witness above-average growth with a healthy CAGR over the assessment period due to the strong growth of aerospace industry along with increasing commercial construction activities in this region. In North America the market is further categorized into Canada and U.S, among which, the U.S accounted for more than half of the total regional market share of carbon fiber wrap on account of large defense budget along with high adoption rate from aerospace industry. Furthermore, various countries of Latin America and the Middle East & Africa are expected to witness above-average growth in carbon fiber wrap on account of increasing disposable income and increasing in sales of passenger cars, specifically in Brazil and Mexico as well as growing institutional, commercial, and residential construction activities in Saudi Arabia, Kuwait, Qatar, and UAE.

Jan 2022 - One of three projects selected in the Carbon Fibre Challenge Phase II competition organized by Alberta Innovates and the Clean Resource Innovation Network is being led by the Department of Chemical and Petroleum Engineering at the University of Calgary's Schulich School of Engineering. The three-phase competition aims to speed up the development of carbon fiber made from Alberta's abundant oil sands bitumen, a black viscous mixture of hydrocarbons obtained naturally or as a leftover from petroleum distillation. The team wants to develop high-end carbon fibers that meet industry standards for usage in body components, wheels and rims, interior finishes, and other items in the automotive and airline industries.

What are the types of carbon fiber wrap market?

Which region would dominate the carbon fiber wrap market?

In North America, which country would dominate the carbon fiber wrap market?

The US will dominate the carbon fiber wrap market in North America.

What are the industries to boost the carbon fiber wrap market?