Please note that the assessment period of report has been updated from 2020-2026 to 2020-2027. Cordially fill the sample form for updated data. 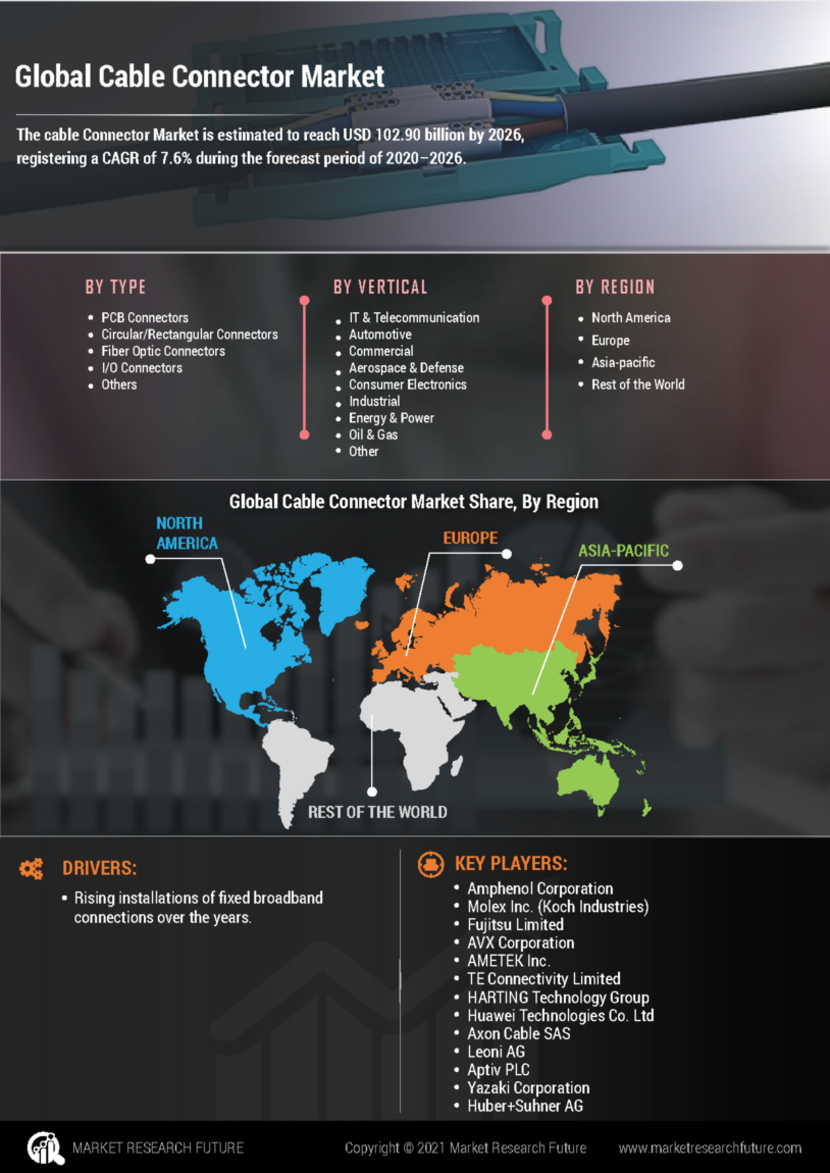 Cable connectors or input-output (I/O) connectors are interfaces for linking devices by using cables. They generally have a male end with pins protruding from it. This male plug connector is meant to be inserted into a female part (a female plug connector, also called a socket) that includes holes for accommodating the pins. The pins and holes in connectors are usually linked to the electric wires that form the cable. The pin layout describes which pins couple with which wires. Several people in the cabling business use twisted-pair connectors more than any other type of connector. The connectors include the modular RJ types of jacks and plugs and the hermaphroditic connector that is used with shielded twisted-pair cabling. Most unshielded twisted-pair (UTP) and screened twisted-pair (ScTP) cable installations use patch panels and, consequently, 110-style termination blocks. The 110 Blocks contains rows of specially designed slots in which the cables are terminated using a punch-down tool. When terminating 66-blocks, 110-blocks, and often, wall plates, both UTP and ScTP connectors use insulation-displacement contact (IDC) technology to establish contact with the copper conductors. Both UTP and ScTP cables use modular jacks and plugs. For decades, modular jacks have been commonplace in the home for telephone wiring.

The cable connector market has been segmented based on type, vertical, and region.

By vertical, the cable Connector Market has been segmented into IT & telecommunication, automotive, commercial, aerospace & defense, consumer electronics, industrial, energy & power, oil & gas, and other.

By region, the cable Connector Market has been segmented into North America, Europe, Asia-Pacific, and the rest of the world. 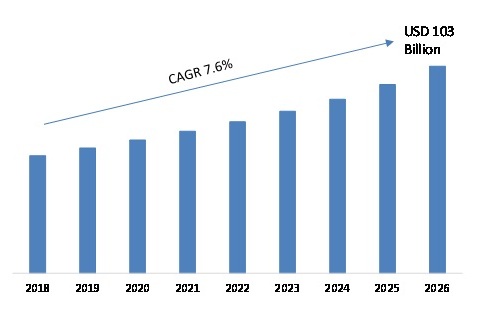 What are the different types of cable connectors?

The Global Cable Connector Market Is Expected To Register A Cagr Of 8% From 2020 To 2027: Mrfr