Butyl Adhesive Market Information- by End Use Industry (Paper & Packaging, Building & Construction, Woodworking, Automotive, and Others) and by Region- Forecast till 2030 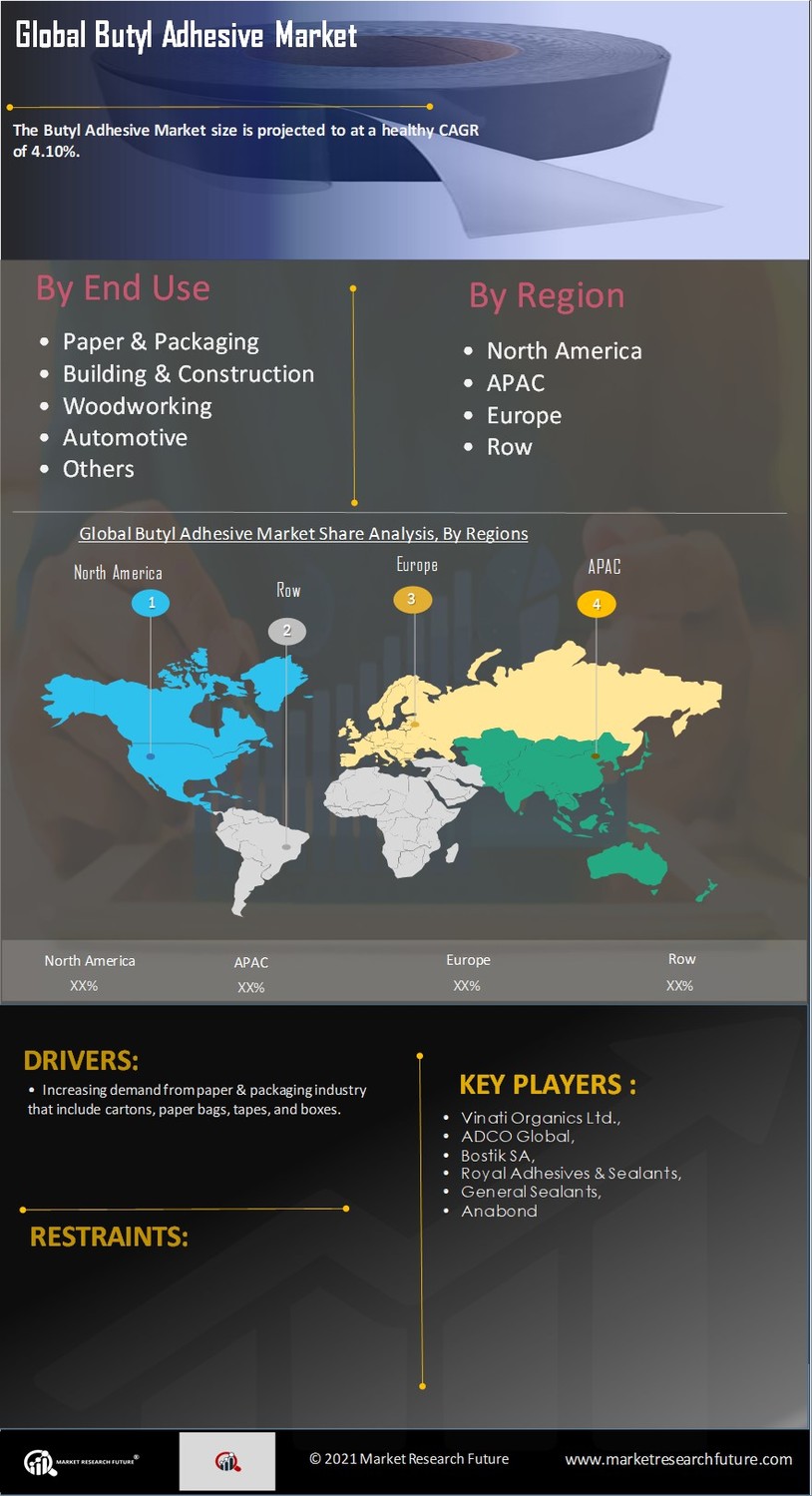 Butyl Adhesive Market OverviewButyl Adhesives are produced from butyl rubber which is a copolymer of Isobutylene Isoprene Rubber. Butyl Rubber is a synthetic rubber and manufactured by polymerization of about 2% of isoprene with 98% of isobutylene. It can be produced from the monomer isobutylene by cationic addition polymerization. Butyl Adhesives possess superior properties such as excellent resistance to sunlight and weather, high durability, resistance to heat and aging which makes it suitable for numerous end use industries such as paper & packaging, building & construction, woodworking, automotive, and others.


Increasing demand from paper & packaging industry that include cartons, paper bags, tapes, and boxes are predicted to drive the Butyl Adhesive Market growth. In addition, demand for butyl adhesive is benefitting from social and regulatory intervention promoting the usage of eco-friendly adhesives. Escalating investments in the mining and construction industry along with expansion of industrial sector in developing as well as developed region is expected to bolster demand for Butyl Adhesive Market. Growing use of Butyl Adhesive tape in automotive sector is predicted to positively influence demand patterns. Additionally, expansion of woodworking sector in emerging economies is expected to fuel market growth over the forecast period. However, the industry is dependent upon the crude oil, hence raw material price fluctuation is the main concern governing revenues for Butyl Adhesive Market players.

List of Key Players in the Butyl Adhesive Market

The prominent players operating in the Butyl Adhesive Market include 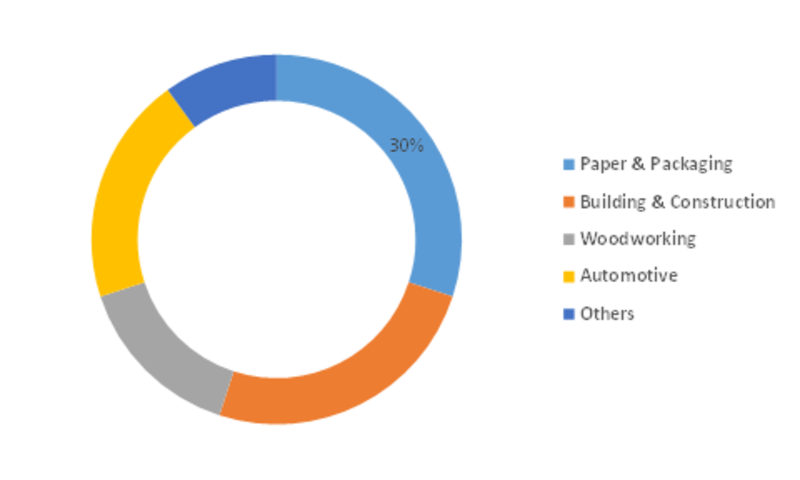 The increasing usage of Butyl Adhesive tapes in packaging material such as tapes, envelopes, and labels is further predicted to fuel market growth. The growth in consumption of Butyl Adhesive owing to its excellent properties such as resistance to abrasion, tear and flexing will fuel market expansion in upcoming years.Regional Analysis:

The Global Butyl Adhesive Market is divided into five regions: Asia Pacific, Europe, Latin America, North America, and the Middle East & Africa. The Asia Pacific region is expected to grow at the highest CAGR over the forecast years due to increasing demand from end use industries such as building & construction, woodworking and automotive. The demand for Butyl Adhesive is predicted to surge in developing countries such as India, China, Vietnam, Bangladesh and Japan due to rising construction activities and expansion of woodworking industry. China is predicted to be the largest market in terms of consumption. Additionally, cheap labor cost, ease of availability of raw material, and increasing development strategies to fulfil the demand for Butyl Adhesives in the growing applications are the important factors for the regional market growth.

The Middle East & Africa is predicted to witness substantial growth in the upcoming years. This factor is attributed to the growing development activities in commercial as well as residential sector coupled with the increasing demand for VOC free adhesives, specifically in United Arab Emirates (UAE) and Saudi Arabia.

North America is predicted to witness steady growth in the use of butyl adhesive over the forecast period. The U.S. is expected to be the largest Butyl Adhesive Market in the region followed by Canada and Mexico. Latin American countries, specifically Argentina and Brazil, are also anticipated to witness steady growth due to moderate demand from woodworking and packaging industries. Europe is expected to be the second largest market after Asia Pacific in the consumption of Butyl Adhesive. European countries such as Germany, UK, France, and Italy are contributing in the regional market growth due to the presence of large number of manufacturing companies in the region.  Furthermore, strict regulation imposed by European Environment Agency (EEA) and European Chemicals Agency (ECHA) on the emission rate of volatile organic compound (VOCs) have compelled regional manufacturers to shift their focus towards production of environment friendly adhesives.

What is the forecast period of Butyl Adhesive Market research report?

Which region will lead the Butyl Adhesive Market?

Who are the key players in the Butyl Adhesive Market?