Methyl Tertiary Butyl Ether (MTBE) is an organic compound that is highly flammable and volatile. It is manufactured by a chemical reaction of methanol with isobutylene. MTBE contains oxygen which, when added to gasoline, enhances the octane rating and helps in reducing emissions. MTBE also offers efficient blending properties and helps in the reducing the formation of benzene and formaldehyde in gasoline. MTBE is widely produced in refinery-based plants, however, significant capital is required for the same. The production of MTBE is also subject to legal and regulatory barriers across the globe owing to health and environmental issues. The major application of MTBE is as a gasoline additive across the globe.  According to MRFR analysis, the global methyl tertiary butyl ether (MTBE) market is projected to grow at a CAGR of over 5% during the forecast period. Market growth is driven by increasing product demand in the automotive industry as MTBE reduces vehicle emissions and the knocking of engines, thereby, increasing the shelf life of vehicles. Moreover, the growing demand for gasoline and gasoline additives in the marine and oil & gas industries is also positively contributing to the growth of the market. On the basis of manufacturing process, the fluid liquid cracker segment was the largest in 2017 and is expected to remain so during the forecast period. Fluid liquid cracker is an easy and cost-effective process, leading to its extensive use in the production of MTBE. 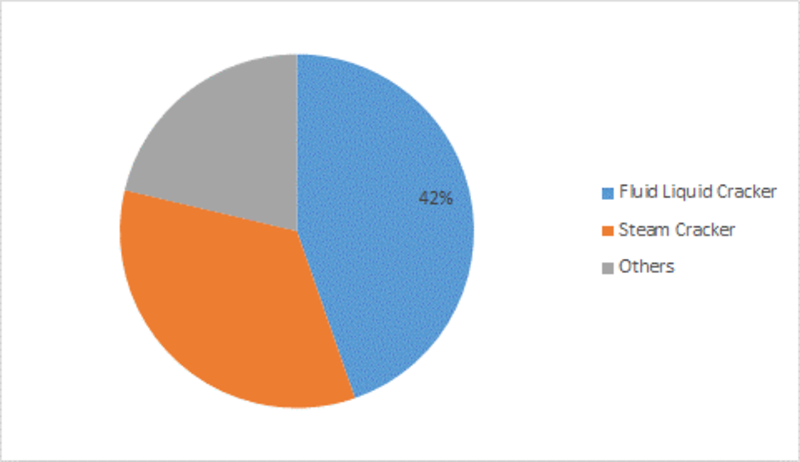 The market in Asia-Pacific is expected to be the largest and fastest-growing regional market. Increasing automobile production in the region is acting as a major driver for the growth of the market. Additionally, the rising awareness about pollution in the region has augmented the demand for MTBE in gasoline as it restricts the emission of harmful gases. China accounted for the highest production of MTBE in 2017; this is expected to continue during the forecast period.

North America was the second-largest market in 2017 and is expected to maintain its dominance during the review period. The presence of a developed automotive industry and major MTBE manufacturing companies are contributing to the growth of the regional market. However, the increasing restrictions on the use of MTBE owing to environmental and health issues are expected to hinder market growth in the region. The markets in the Middle East & Africa and Latin America are projected to contribute substantially to the global market during the forecast period owing to the growing gasoline requirements in these regions. Moreover, lax regulations for the production of MTBE in the Middle East and Latin America is projected to positively impact market growth.

At what CAGR the global methyl tertiary butyl ether market is estimated to grow during 2018-2023?

The global methyl tertiary butyl ether market is projected to grow at 5% CAGR during the review period (2018-2023).

What is methyl tertiary butyl ether and in which application it is used?

Methyl Tertiary Butyl Ether (MTBE) is a highly flammable and volatile organic compound, which is used a gasoline additive to enhance its octane rating and reduce emissions.

What are the key driving forces behind the growth of the global methyl tertiary butyl ether market?

Augmenting demand for gasoline in the marine and O&G industries

Who are the top players in the global methyl tertiary butyl ether market?