Aprotic Solvents Market is expected to surpass the market value of over USD 21.8 billion by the year 2027 while registering a CAGR of 3.5% during the forecast period.

Aprotic Solvents Market is expected to surpass the market value of over USD 21.8 billion by the year 2027 while registering a CAGR of 3.5% during the forecast period.

Aprotic solvents are key products used in several manufacturing industries such as the oil and gas industry, pharmaceutical industry, refineries, industrial cleaning, automotive, cosmetics, and significant others. The aprotic solvents are used to dissolve varied industrial materials as they are known for their solvency properties. The other characteristics of the aprotic solvents enable them to serve varied applications such as cosmetics, pharmaceuticals, and so on. The higher relative permeability, lower reactivity, thermal stability, and other significant characteristics are considered crucial factors that increase the demand for aprotic solvents.


The increasing demand for the potential end-user industries such as the pharmaceutical industry, agrochemical industry, paints and coatings, electronics, personal care, and cosmetics are considered as the major driver of aprotic solvents market growth.


The developed countries are focusing on increasing the infrastructure and building cities with technological developments and advancements. Especially countries like China possess the largest building market that makes over 20% of the global income on the construction, which is anticipated to surpass over USD 13 trillion by the year 2030. These aspects have increased the demand for paints and coatings for these buildings. Such factors are considered as the major drivers of aprotic solvent market growth.


The increasing funding support from the government of several countries such as India is expected to boost the overall growth of the aprotic solvents industry during the forecast period. For instance, the Indian government is inclined towards boosting housing construction across the country and has declared its goal of providing homes for over 1.3 billion people across the country. The country has also decided to increase its investment for construction which is about USD 1.3 trillion approximately. Such governmental initiatives for the construction industry are expected to impact the aprotic solvents market growth during the forecast period.


The growing population has increased the demand for crop cultivation and agriculture. Aprotic solvents are intensively utilized as agricultural formulations and in the manufacturing of insecticides, fungicides, and herbicides. Since several countries have declared their plans on expanding their agricultural industry, the aprotic solvents market demand is expected to grow during the forecast period.


The stringent government regulations imposed by several developing countries and their encouragement towards environmentally friendly products across the industry verticals such as pharmaceutical industry, medical and healthcare products, cosmetics, and others are also expected to restrict the overall growth of the aprotic solvents industry.


The uncertain economic conditions rising due to the pandemic and underwhelming performance of the potential end-user industries are some of the major challenges faced by the aprotic solvents industry.


The presence of non-toxic solvents and substitutes across the industry and the preference of economic friendly practices and initiatives are also considered as the major challenges for the aprotic solvents market growth. Similarly, the threat of new competitive companies with novel technologies and the bargaining power of buyers is also impacting the aprotic solvents industry negatively.


The aprotic solvents market growth is highly influenced by the advancements made in the industry by the potential market players. For instance, one of the leading market players, Dow chemical company has declared their investments to increase their production of glycol ether which is used in cleaning compounds, liquid soaps, cosmetics, and significant others. The increasing demand for the end-user industries such as the pharmaceutical industry, oil, and gas industry, automotive, aerospace, manufacturing cleaners, and significant others are driving the aprotic solvents market growth.


Additionally, the developed countries are inclined towards expanding their agricultural areas and practices, which increases the demand for the aprotic solvents, as they are used in agricultural formulations, and synthesis applications such as insecticides, herbicides, and others. The countries such as Indonesia, Vietnam, China, and Thailand which are exporting the crops are intensively using the aprotic solvents.


Based on the product: 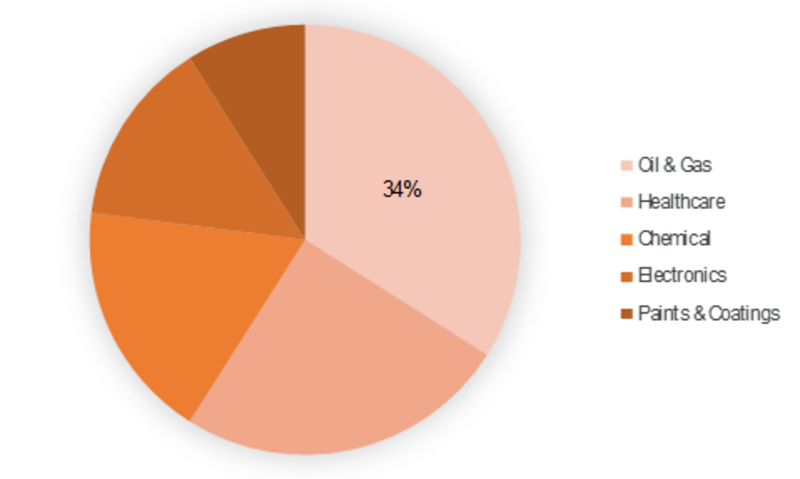 
February 2022 - Chemical engineers’ team from the MIT (US) has developed a polymer with high strength and performance. Using N-Methyl-2-pyrrolidone (an aprotic solvent), the blend eventually turns into a gel. The team then took this gel and then used ethanol to soak it.

With a little filtering, centrifuging, ultrasonics, and then using water and acetone to wash it, the material was vacuum dried and turned into powder. The resultant product’s elastic modulus is said to be around four to six times higher compared to that of a bulletproof glass.

January 2022 - A research team from the RIKEN Cluster for Pioneering Research (CPR) has carried out successful treatment of cancer affecting mice with the use of metal catalysts, which gather the anticancer drugs within the body. Since the skeleton of many of the anticancer drugs have a benzene ring, the team created benzene rings within the body with the use of transition-metal catalysts.
With the use of transition metal-catalyzed complex created for delivery of the drug to the cancerous tissues, the team efficiently developed the benzene-rings required by the cancer drugs around the cancer cells.

The research was carried out in the production of diformylxylose, which is a xylose-derived molecule that is considered as the novel polar aprotic bio-based solvent. The easier production of the diformylxylose from the commercial xylose makes it renewable and a greener alternative among the solvents.


One of the leading market players, Circa had recently developed a biocompatible organic solvent which is named Cyrene. This alternative had produced high-quality nanoparticles that significantly reduced the preparation time and are effective as well when compared to the industry-standard solvents.


Based on the product:

What are the major applications of aprotic solvents?

Aprotic solvents are extensively used in many applications including industrial cleaning, aromatic extraction, electronics, fracking in petroleum industries, and production of pharmaceuticals.

What are the major end-use industries of aprotic solvents?

Healthcare, oil & gas, chemical, and electronics, are some of the major end-use industries of aprotic solvents.

What are the major tailwinds pushing the growth of the global aprotic solvents market?

Growing usages in the cosmetics & personal care industry and rapid industrialization are the major tailwinds pushing the growth of the global aprotic solvents market.

Which region holds the largest share in the global aprotic solvents market?

Who are the top players in the global aprotic solvents market?

What is the market size of the aprotic solvents industry?

What are the potential benefits of using aprotic solvents?

• Aprotic solvents are more reactive comparatively • They are considered as effective solvents to dissolve materials • They are used in agrochemicals in the agricultural sector.