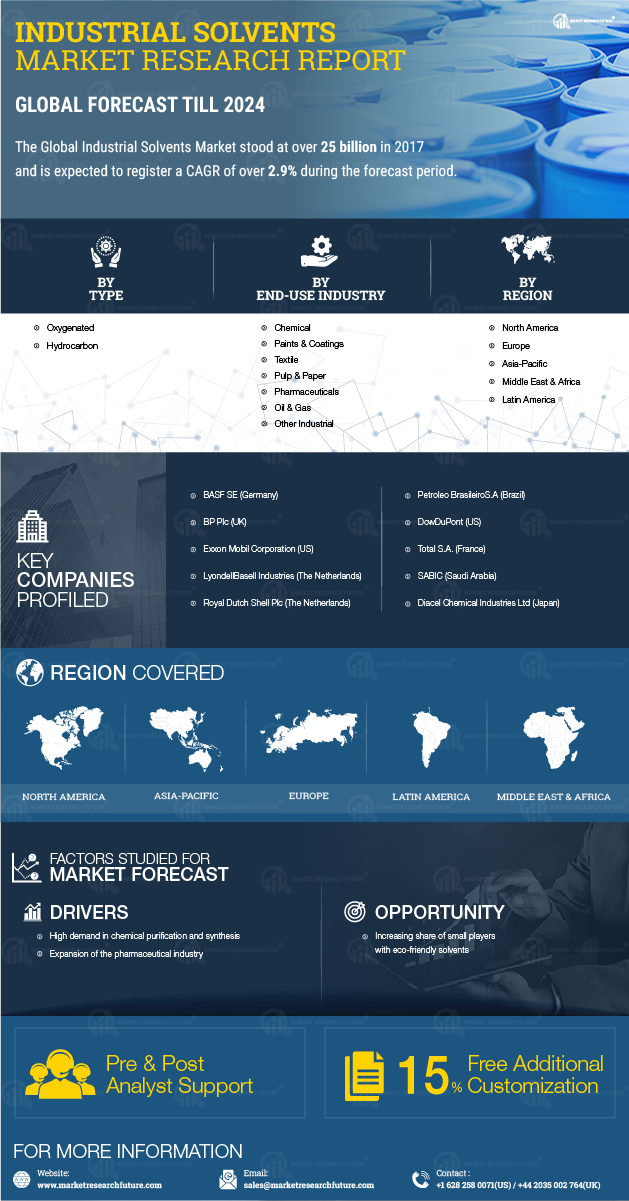 Industrial Solvents Market is expected to grow at a CAGR 2.9% during the forecast period. The global industrial solvents market is mature and is predicted to continue increasing steadily over the next five years, thanks to increased demand from the pharmaceutical and paints & coatings industries. Certain factors drive the solvent market, including growing demand for solvents in the construction industry, increased usage of solvents in the medical area, and increased use of solvents in pharmaceuticals, sealants, adhesives, and printing inks. Additionally, the growing regulatory pressure to employ organic solvents, which are environmentally benign, is a driver of the worldwide industrial solvents market. Whereas the worldwide industrial solvents market is constrained by different health problems associated with solvents, environmental concerns, and volatile crude oil costs. Global market outlook could improve as demand for paints and coatings, printing inks, and cosmetics goods increases. They have increased their use in the pharmaceutical industry since these goods are formulated to have certain features that allow them to dissolve in a variety of medicinal medications, driving product demand. Additionally, factors such as increased VOC emissions, pollution, and tight government laws all contribute to the growth of bio-based products. These concerns have compelled producers to develop bio-based products rather than chemical-based items. 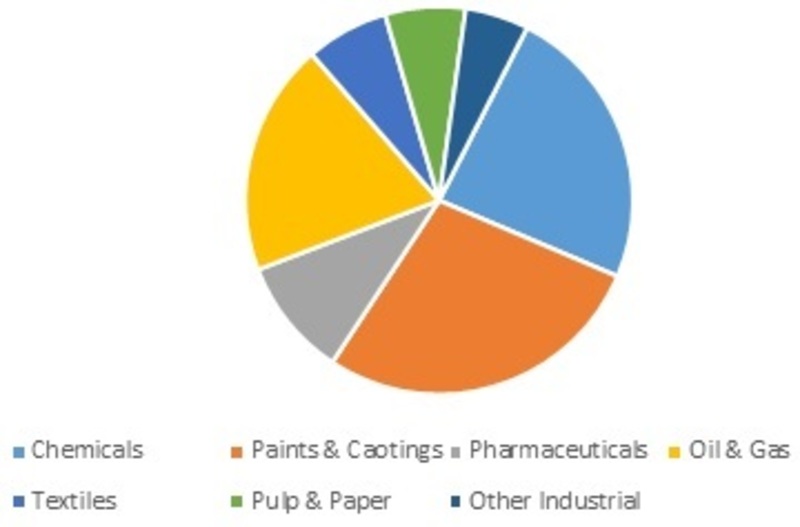 The Asia-Pacific market is estimated to account for more than one-third of market value share and is expected to dominate the global market during the forecast period owing to the growth of the industrial sector, especially in China and India. China is estimated to hold more than half of the market share due to the availability of low-cost labor, subsidiaries from the government, and minimal taxes.

North America is also expected to be a prominent market for industrial solvents. The regional market is expected to witness moderate growth as compared to the Asia-Pacific market. Solvents find wide use in the manufacturing of paints & coatings, the US is one of the key manufacturers of paints & coatings globally, which is contributing to the growth of the regional market.

The stringent REACH regulations are expected to act as a barrier in the growth of the European industrial solvents market.

The Middle East & African and Latin American markets are collectively estimated to hold approximately one-tenth of the global market share during the review period.

The global industrial solvents market has been segmented based on type, end-use industry, and region.

Based on end-use industry, the global market has been segregated into chemical, paints & coatings textile, pulp & paper, pharmaceuticals, oil & gas, and other industrial.

The global market, by region, has been segregated into North America, Europe, Asia-Pacific, Latin America, and the Middle East & Africa.

What was the value of the Global Industrial Solvents Market in 2017?

Valuation of the Global Industrial Solvents Market had reached USD 25 BN in 2017.

At what CAGR is the Global Industrial Solvents Market projected to grow during the forecast period (2019-2024)?

Industrial Solvents Market is projected to expand at over 2.9% CAGR during the assessment period (2019-2024).

Which is the largest end-use industry segment in the Global Industrial Solvents Market?

Which region holds the largest share in the Global Industrial Solvents Market?

Who are the top players in the Global Industrial Solvents Market?