Under Vehicle Surveillance Market is expected to reach up to 13.8 Billion and register a 13% CAGR during forecast period 2020-2027

Under vehicle surveillance market is expected to reach approximately USD 10 billion by the end of 2023 with 13% CAGR during forecast period.

The global under vehicle surveillance market is highly competitive. Various established international brands, domestic brands and as well as new entrants form a competitive landscape. The key players are nonstop increasingly seeking market expansion through various strategic mergers and acquisitions, innovation, increasing investments in research and development and cost-effective product portfolio. The under vehicle surveillance market is highly competitive due to the presence of several large vendors.

Regionally, North America accounted for the largest market share from countries such U.S. and Canada among others. The reason is attributed to growing demand for high-end technology solutions, increasing R&D happening in this region, changing in buying pattern, positive trends in the economy growth and growing awareness towards vehicle safety. However, Asia Pacific is expected to grow over the forecast period, 2017-2023. The reason is attributed to presence of large number of manufacturers and the increasing concerns regarding safety and security.

The global under vehicle surveillance market can be bifurcated as type, end-users and region. On the basis of type, the market can be segmented as fixed and portable. Out of these, portable segment accounted for the largest market share majorly due to growing demand for inspection of the undersides of road vehicles. However, fixed segment is expected to grow at a steady rate over the forecast period, 2017-2023. 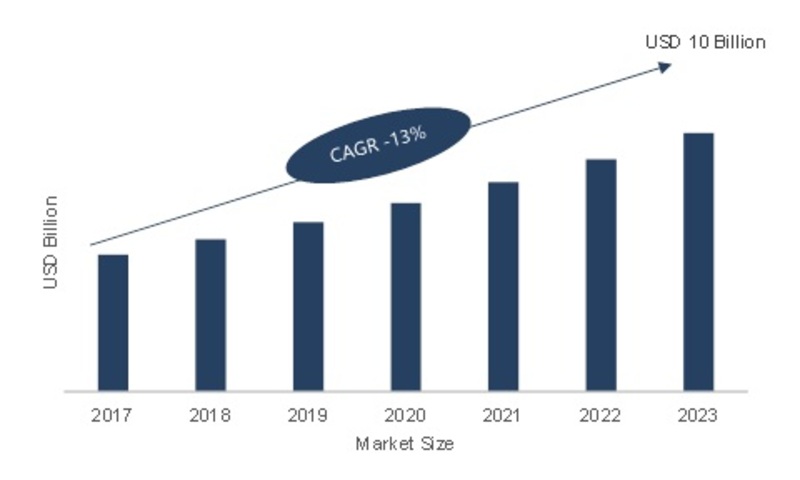 The global under vehicle surveillance market is expected to reach approximately USD 10 billion by the end of 2023 with 13% CAGR during forecast period 2017-2023.

Segments For the purpose of this study, Market Research Future has segmented the market of under vehicle surveillance into type, end-users and region.

Name the top prominent players of the market.

What are the factors fueling the market’s growth?

The growing demand for high-end technology solutions, growing R&D, change in pattern of buying, economy growth and spreading awareness towards vehicle safety are the factors fueling the market’s growth.

What is the valuation of market in the future?

The market will be valued at a valuation of USD 10 billion by the end of 2023.