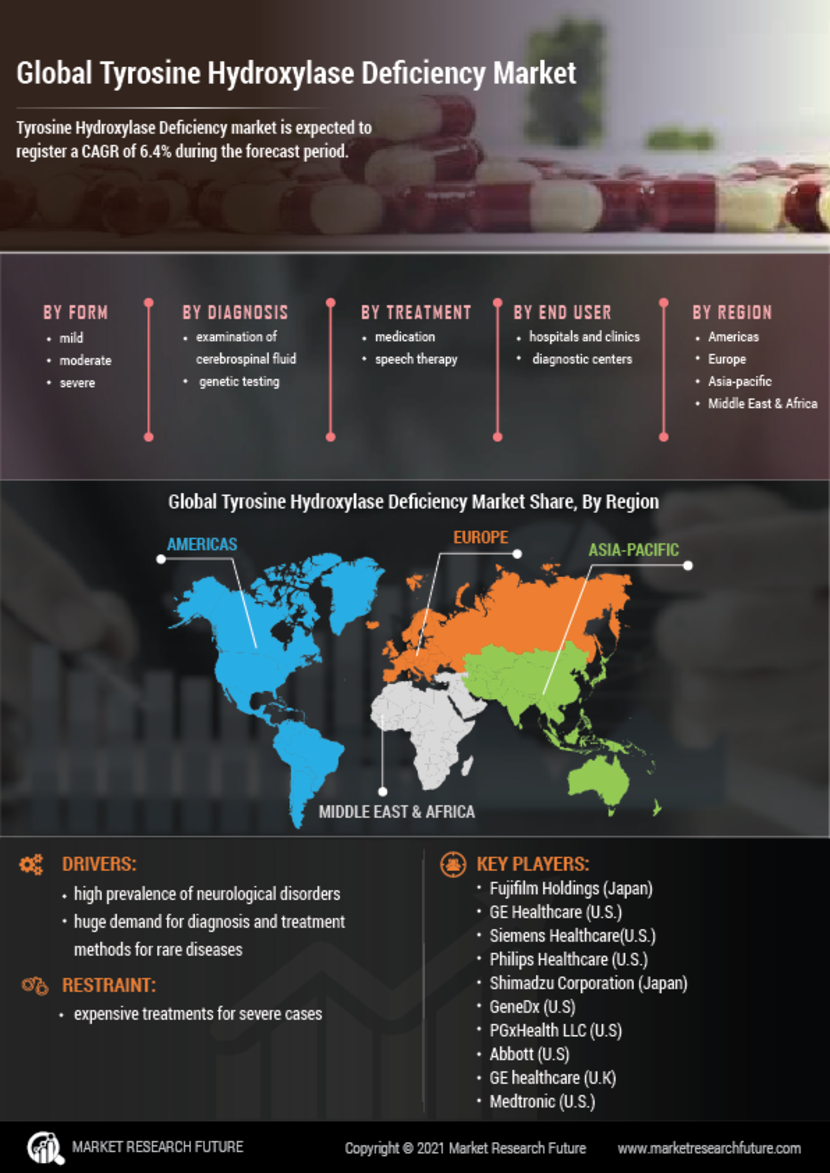 The global Tyrosine Hydroxylase Deficiency market is mainly driven by the high prevalence of neurological disorders and huge demand for diagnosis and treatment methods for rare diseases. Additionally, the increasing availability of diagnostic services for various rare diseases also fuels the growth of the market. Moreover, favorable reimbursement policies are likely to boost the market growth. On the other hand, expensive treatments for severe cases may hamper the market growth during the forecast period.

Global Tyrosine Hydroxylase Deficiency market is expected to register a CAGR of 6.4% during the forecast period. 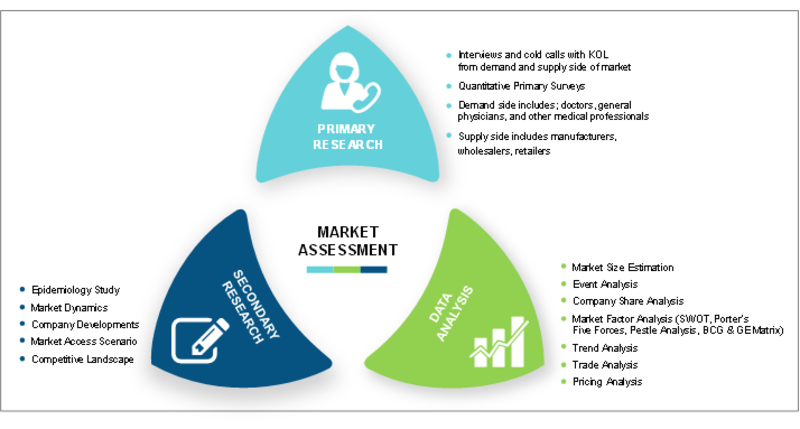 The global Tyrosine Hydroxylase Deficiency market is segmented on the basis of form, diagnosis, treatment, and end-user.

On the basis of form, the market is segmented into mild, moderate, and severe.

On the basis of diagnosis, the market is segmented into an examination of cerebrospinal fluid, genetic testing, and others.

On the basis of treatment, the market is segmented into medication, speech therapy, and others. Medication is further segmented into anticholinergic drugs (trihexyphenidyl and amantadine).

On the basis of end-user, the market is segmented into hospitals and clinics, diagnostic centers, and others. 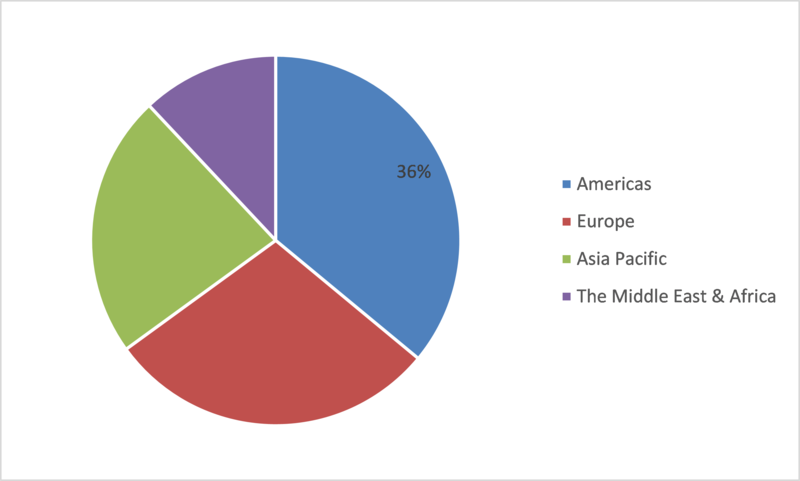 The American Tyrosine Hydroxylase Deficiency market is segmented into two regions, namely, North America and South America. North America, being the largest market, is mainly driven by the increasing use of new and advanced methods for the diagnosis and treatment of the disease and more number of patients related to neurological disorders. Furthermore, the U.S. is the largest market in North America owing to the presence of a large number of market players manufacturing medications for the Tyrosine Hydroxylase Deficiency and the increasing awareness about risk factors and cases of the disease. Canada is expected to be the fastest growing market which is driven by the overall increasing demand for diagnostic medical devices with progress in the medical device sector. South America is expected to be the fastest growing market due to technologically advanced devices for diagnosis and the increasing demand for treatment options for various rare diseases.

The European Tyrosine Hydroxylase Deficiency market exhibits growth with an increasing emphasis on the diagnosis of heart diseases such as the Tyrosine Hydroxylase Deficiency and others. Moreover, Germany and the U.K. are the major contributors to the growth of the market. Additionally, the increasing expenditure in the healthcare industry by major countries in Europe also accelerates the growth of the market.

Asia Pacific is expected to be the fastest growing market whose growth is attributed to a huge demand for diagnostic tests and increasing focus on early diagnosis and treatment of heart diseases. Furthermore, other factors contributing to the growth of the market are lifestyle changes, the influence of western culture among the adults, and addiction to smoking. Additionally, the increasing environmental pollution and exposure to harmful chemicals also attribute to the growth of the market.

The Middle Eastern and African market for the Tyrosine Hydroxylase Deficiency exhibits a steady rise with an increase in the number of healthcare facilities providing treatment of the chronic condition and the flourishing growth of the medical device sector, especially the diagnostic devices. In the African region, the awareness about rare diseases is fueling the growth of the market.

What is Tyrosine Hydroxylase Deficiency?

Tyrosine Hydroxylase Deficiency is a condition where enzymes involved in converting tyrosine to L-dopa are deficient, leading to a wide range of symptoms, which can differ from person to person.

What is the CAGR of the Tyrosine Hydroxylase Deficiency Market?

Global Tyrosine Hydroxylase Deficiency Market is expected to exhibit a strong 6.4% CAGR over the forecast period till 2027.

What is the major driver for the Tyrosine Hydroxylase Deficiency Market?

The growing prevalence of neurological disorders is the key driver for the Tyrosine Hydroxylase Deficiency Market.

Which is the major regional Tyrosine Hydroxylase Deficiency Market?

The Americas are the largest regional market for Tyrosine Hydroxylase Deficiency.

What are the key players in the Tyrosine Hydroxylase Deficiency Market?

Leading players in the Tyrosine Hydroxylase Deficiency Market include Siemens Healthcare, GE Healthcare, and Fujifilm Holdings, among others.

Increasing Prevalence Of Rare Diseases Is Expected To Support The Growth Of The American Tyrosine...