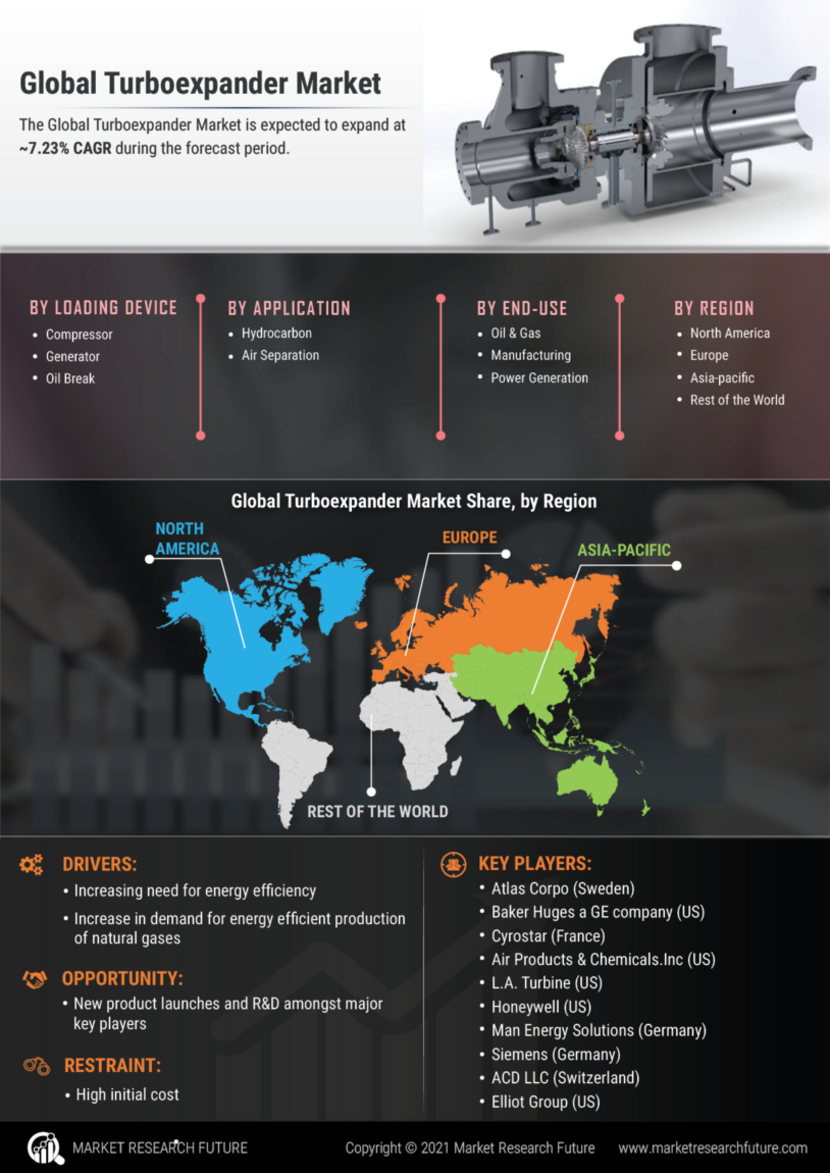 Turboexpander market is expected to expand at ~7.23% CAGR during the forecast period.

Several innovations are underway in the turboexpander market, for instance Atlas Copco has developed turboexpanders of various types including compressor loaded, generator loaded and hydraulic brake-loaded. Major applications of turboexpanders include reliquification of LNG, cooling and compressing of LNG, generation of energy from excess gases in fertilization process.

Demand for natural gas is growing worldwide because of its lower carbon footprint in comparison to other conventional fossil fuels. Major economies such as India have taken numerous initiatives to increase the use of LNG specially is rural areas, where firewood has been the fuel of choice. This has helped the country move towards energy efficiency. The Indian government is working with various organizations to increase the use of LNG, leading to the growing demand for LNG in the country. As per BP statistical data 2018, the US is the largest consumer of natural gas in the country accounting for 20.1% of the global natural gas consumption. There has been an average growth in per capita use of natural gas in the US, per annum from 2006 to 2016 is 2.5%, which is further expected to grow during the forecast period. All these factors will be the major factors driving the global turboexpanders market during the forecast period. The increasing need for energy efficiency is another major driver for the global turboexpander market. As per industry specialists, natural gas is the most efficient fossil fuel as more than 80% of the energy content in natural gas can be utilized to produce energy. 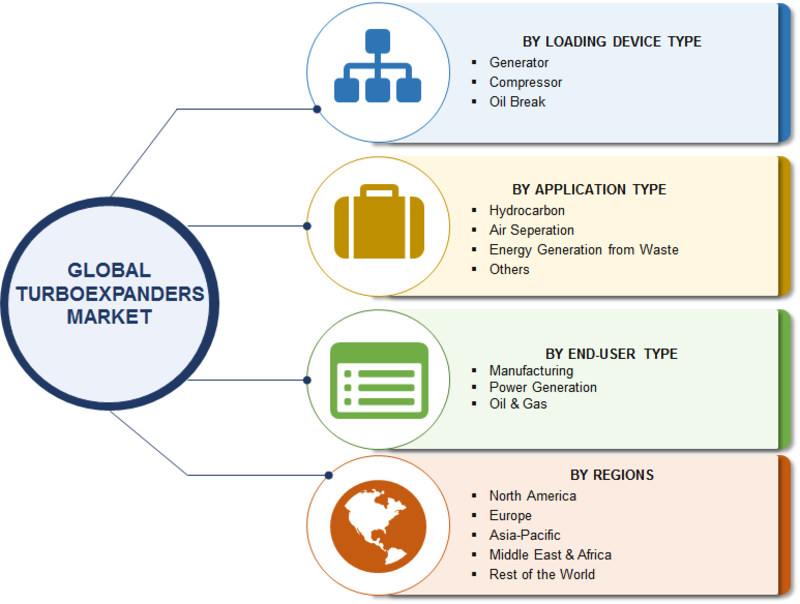 The turboexpander is a combination of an expander and a compressor in a single unit, where the expansion unit drives the compression unit, and both are attached on a single shaft. Turboexpanders convert kinetic energy into mechanical energy by passing pressurized and expanded gases through  turbines. Turboexpanders are mostly used in cryogenic applications including petrochemical, natural gas and air separation industries. Most industries use turboexpanders to achieve improved isentropic efficiency leading to higher productivity.

At what CAGR can the turboexpander market surge?

What is the estimated valuation for the turboexpander market?

The turboexpander market can gain high profits in years to come.

Who are key players of the turboexpander market?

Cyrostar (France), L.A. Turbine (US), Air Products & Chemicals.Inc (US), and Honeywell (US) are some reputed names in the turboexpander market.

What are the turboexpander market drivers?

The high requirement for natural gas can cause the turboexpander market to surge.

What is the regional analysis of the turboexpander market?

In North America, the need for the production of natural gas can propel the turboexpander market growth.

Turboexpanders Market Is Predicted To Grow At More Than 7.23% By 2023