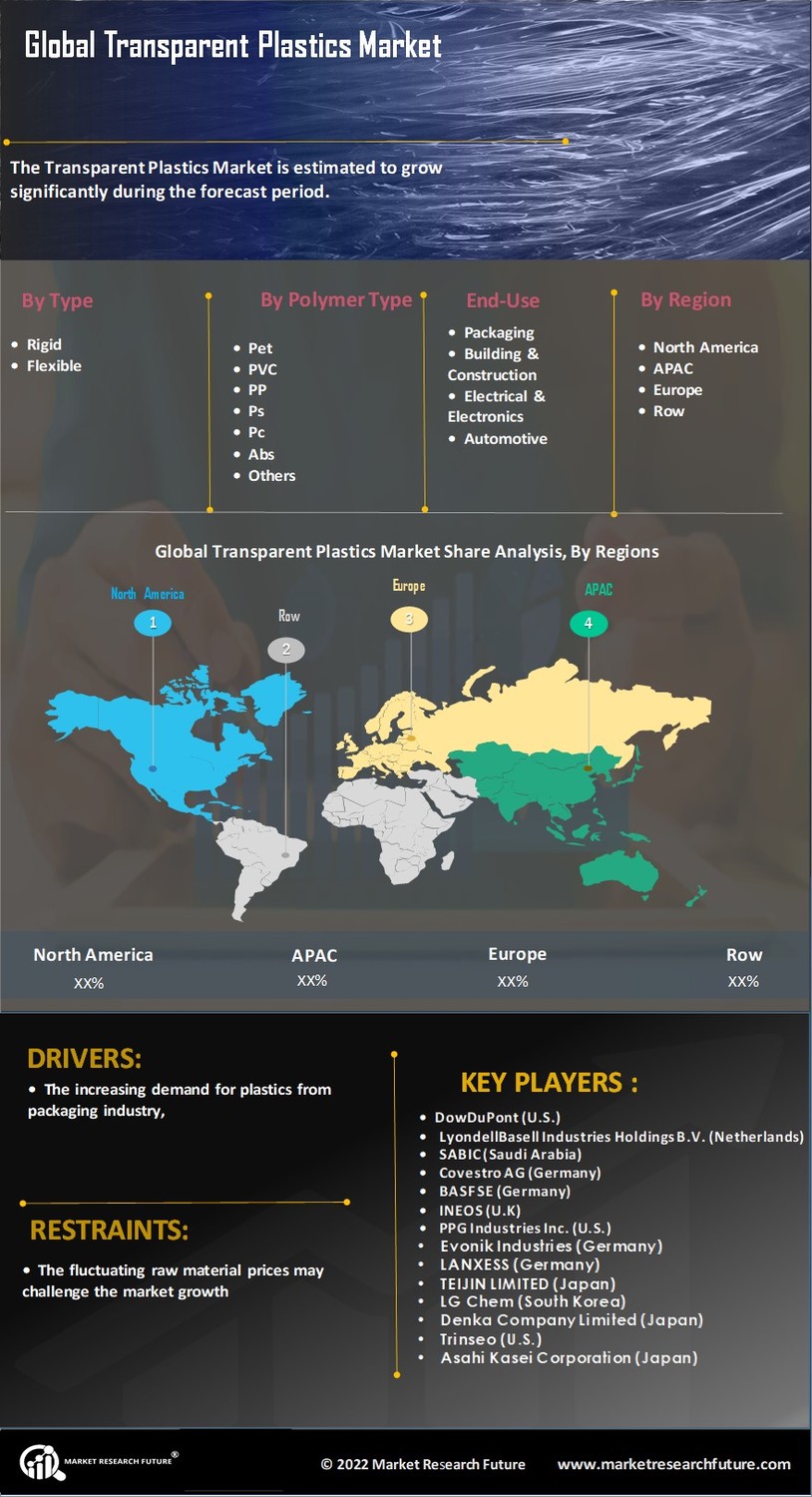 Transparent Plastics Market Overview Moldable or pliable over a specific temperature, transparent plastics return to a solid state after cooling is what is transparent plastic. Water resistance, shock resistance, lightweight, recyclability, durability, low electrical and thermal conductivity, corrosion and chemical resistance, and so on are all features of these polymers. In recent years, the global market for transparent plastics has experienced tremendous expansion. The market's expansion may mostly be ascribed to rising plastics demand from the packaging industry, particularly in food and beverage packaging. Corrosion resistance contributes to demand growth, microorganism repellency, and moisture barrier. Furthermore, expanding application areas in pharmaceutical and FMCG packaging are propelling the market forward globally. Plastics have an edge over other materials such as glass and metals in terms of weight. Plastics are gaining popularity in a variety of end-use sectors due to their durability, attractiveness, high performance, and ease of handling. In architecture and construction applications, plastics are increasingly replacing conventional materials such as glass. Plastics are increasingly being used to replace glass in window and frame construction because of their great energy efficiency, aesthetics, design flexibility, and cost-effectiveness. 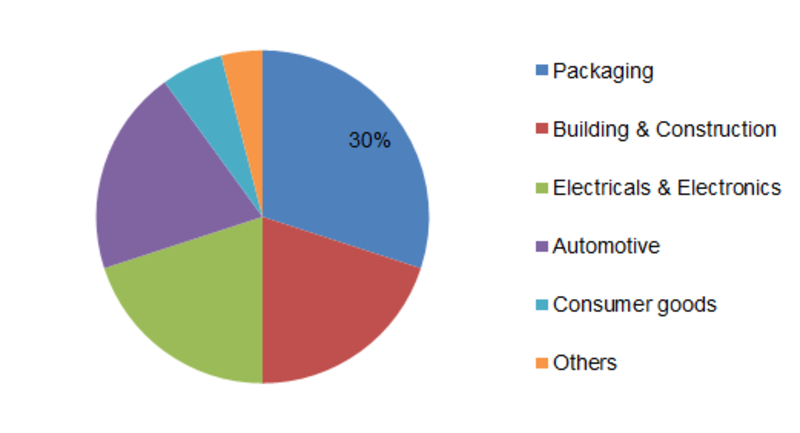 Asia Pacific dominated the Transparent Plastics Market in 2016 owing to the high demand for transparent plastics from major end-use industries such as packaging, construction, automotive, electronics, and consumer goods. Rapid industrialization coupled with the changing lifestyle and the increased per capita income of the consumers spur the growth of these end-user industries, which in turn, increases the demand for transparent plastics.

North America accounted for the second largest market in 2016 on account of high demand for transparent plastics from the food packaging, reviving construction, and automotive industries. The increasing demand for lightweight automotive parts due to environmental concerns and stringent regulations is expected to drive the market growth in this region.

Europe is expected to grow considerably due to high production and sales of automotive parts in Western European countries such as Germany, the U.K, France, and others. Several regulations by European Union pertaining to the greenhouse gas emissions also favors the usage of these plastics in the automotive industry.

Latin America is projected to witness a considerable growth due to growing automotive industry in Mexico, Brazil, and others.

The Middle East & Africa is expected to witness high demand for these plastics owing to the increasing infrastructural and construction activities in the GCC countries.

The Transparent Plastics Market is segmented on the basis of the type, Polymer Type, End-Use Industry, and Region.

On the basis of the Type, the Transparent Plastics Market is segmented into rigid and flexible.

On the basis of the End-User Industry, the Transparent Plastics Market is segmented into packaging, building & construction, electrical & electronics, automotive, consumer goods, and others.


Printex Transparent Packaging (PTP), a custom plastic box producer, announced the launch of sustainably enhanced transparent recycled PET (rPET) plastic folding cartons in March 2022. Printex is the largest company in this industry in North America. The Eco-PET 100 folding carton is produced entirely of recycled PET from the United States or Canada and is essentially identical to virgin PET. In November 2021, At its Ogeu-Les-Bains facility, the Reborn group announced that it is ready to launch the first film de-inking line for polyethylene (PE) films in France. The company will use the latest range to address the issue of printing inks in the plastic film recycling process. Printing inks have the potential to disrupt the manufacturing of transparent secondary materials or cause plastic sheets to degrade into goods.

What could restrain the transparent packaging market growth?

Dwindling the price of raw materials can deter the transparent packaging market growth.

Which region would dominate the transparent packaging market growth?

The Asia Pacific market has the scope to dominate.

On the basis of what types, the transparent packaging market would be assessed?

Rigid and flexible are the two types as part of the study.

Transparent plastics: Increasing demand from the packaging and construction industries across the...