Silanes Market is projected to be worth USD 4,050.2 Million by 2030, registering a CAGR of 4.6% during the forecast period (2022 - 2030). Silanes are chemical compounds made up of one or more silicon atoms that have been bonded together. Silicone metal and methanol are the primary raw materials utilised in the production of silanes. Silanes are widely employed as adhesion promoters, coupling agents, and crosslinking agents in a variety of industries. Silanes give diverse substrates features including tear resistance, durability, and flexibility, making them ideal for usage in rubber and plastics, paints and coatings, adhesives and sealants, and fibre treatment. The rising demand in the construction sector and the rising demand in the automobile industry are driving the expansion of the Silanes Market. Water-based coatings also use silanes extensively.

During the projection period, the Silanes Market is predicted to create significant revenue because to the expanding population in Asia-Pacific, as well as increased housing and infrastructure construction. Furthermore, the increasing use of silanes in the automotive rubber industry is likely to add to the market's growth. During the review period, the mono/chloro silane type sector is expected to develop at the fastest rate. 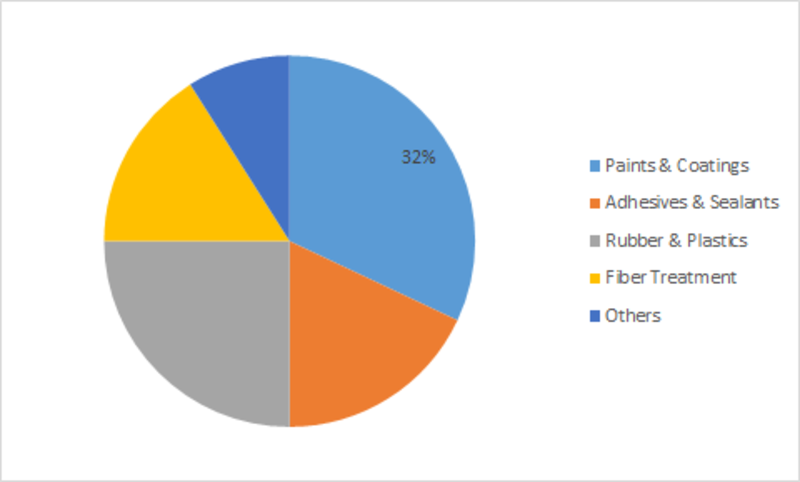 The market in Asia-Pacific is estimated to be the largest and fastest-growing during the forecast period. According to Market Research Future analysis, the market in Asia-Pacific was valued at over USD 550 million in 2017 and is projected to register a CAGR of 6.14%. Rising government spending on the development of infrastructure in the region and increasing automobile production are the major factors attributing to the growth of the Silanes Market in Asia-Pacific. The North American silanes market was the second-largest in 2017 and is expected to maintain its position during the forecast period. The presence of major automobile manufacturers has augmented the demand for automotive rubber, where silanes are widely used. The market in the Middle East & Africa is also likely to exhibit steady growth owing to the growing construction industry in the region.

The Silanes Market has been segmented on the basis of Type, Application, and Region.

Based on Application, the Silanes Market has been segmented into paints and coatings, adhesives and sealants, rubber and plastic, fiber treatment, and others.

On the basis of Region, the Silanes Market is divided into North America, Asia-Pacific, Europe, Latin America, and the Middle East & Africa.


In October 2021, Evonik and Brenntag agreed to expand the distribution of their Dynasylan product line to 16 Eastern European countries. In Poland, the Czech Republic, and other nations, Brenntag will distribute silane goods. Evonik's Dynasylan trademark products are used in a variety of industries and sectors to improve performance, effectiveness, and sustainability, resulting in genuine value creation. Adhesives and sealants, paints and coatings, and the polyurethane and rubber industries are just a few of the many applications available.

In October 2021, Wacker Chemie recently stated that it had invested 120 million euros in a Chinese silane factory to strengthen its silicone business. The German chemical giant announced the purchase of a 60 percent stake in Sico Performance Material Co., a specialised silane manufacturer based in Shandong.

What was the silanes market valuation in 2017?

The market valuation was USD 1500 million.

What is the projected CAGR for the silanes market growth during the forecast period of 2018 to 2023?

The silanes market has an opportunity to scale 4.5% CAGR during the forecast period of 2018 to 2023.

Which type of segment is the fastest-growing silanes market segment?

Asia Pacific is both largest and fastest-growing region.