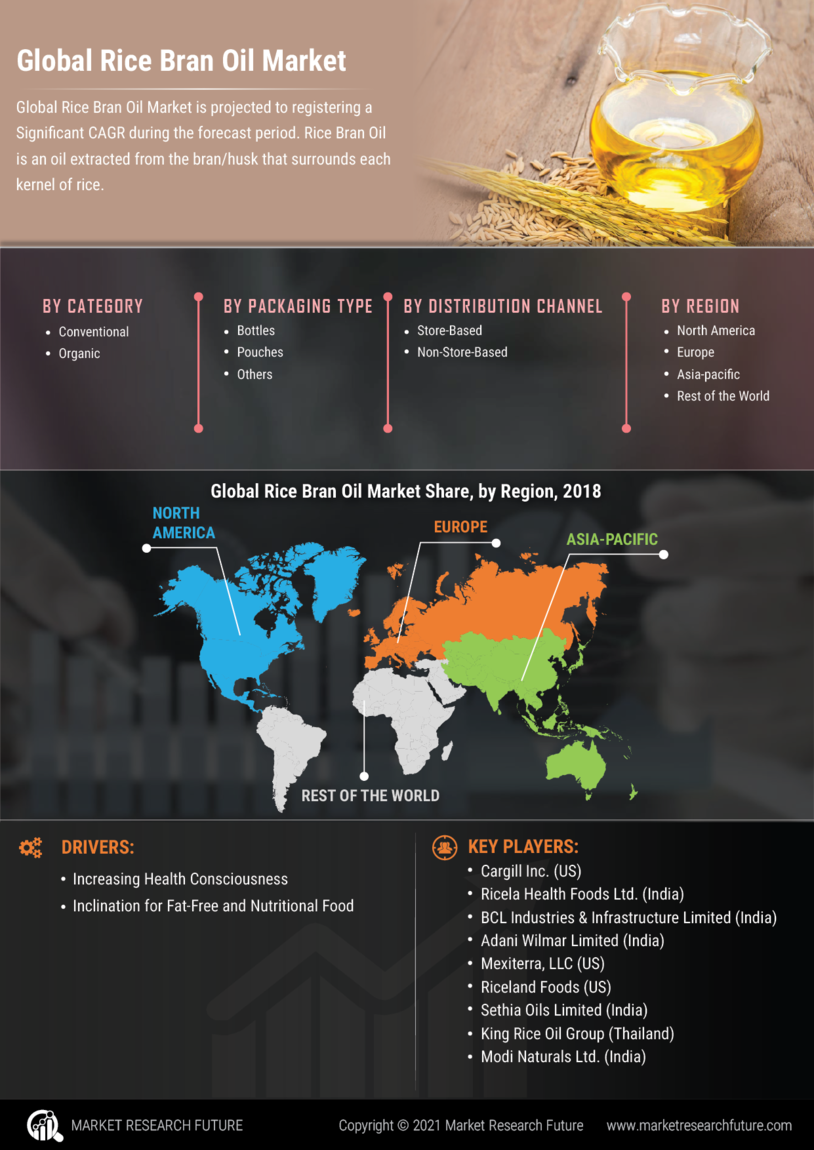 Rice bran oil’s consumption over the years has escalated rapidly given its mild flavor as well as neutral taste. Its high content of antioxidants, vitamin E, as well as natural bioactive phytoceuticals like tocopherols, oryzanol, lecithin and tocotrienols. It is a versatile edible vegetable oil that is light in texture, provides delicate flavors, and is perfect for use in high-temperature cooking. Rice bran oil can be easily blended with less stable oils. As a result, it has extensive use in several cooking techniques including deep-frying and stir, grilling, and sautéing. Rice bran oil is also known for its ability to bring down the risk of cancer, lower cholesterol levels, enhance immunity, and elevate the nervous system.

Mounting knowledge regarding the several health benefits that rice bran oil offers has pushed its consumption rate among people. This factor, in confluence with the surging demand for beverages and food with high nutritional content and low fat, further strengthens business growth. The American Heart Association and World Health Organization (WHO) have given approval to the use of rice bran oil, saying that its composition of polyunsaturated, saturated, and monounsaturated fats is safer to consume than the composition of most of the vegetable oils. Low knowledge level regarding this type of oil and the lesser health consciousness in a few underdeveloped countries could deter the market growth in the years to come.

Since rice bran oil has oryzanol, which is known for stimulating hair growth, protecting the skin from UV rays, and preventing aging, it has become a highly essential component within the pharmaceutical and cosmetics industries. Its applications are in the development of moisturizers, soaps, hair care products and lotions. Other significant opportunities can be the surge in the urbanization rate, heightened disposable incomes, evolving lifestyles, and aggressive advertising by the brands, in emerging markets.

Rice Bran Oil Market has been segmented based on category, packaging type, distribution channel, and region.

By category, the global market has been classified as conventional and organic.

On the basis of packaging type, Rice Bran Oil Market has been divided into bottles, pouches, and others.

The global market has also been segregated, on the basis of distribution channel, into store based and non-store based, with the store based segment sub-divided into supermarkets & hypermarkets, convenience stores, and others.

The global rice bran oil industry has been studied with regard to four key regions—North America, Europe, Asia-Pacific, and the rest of the world. 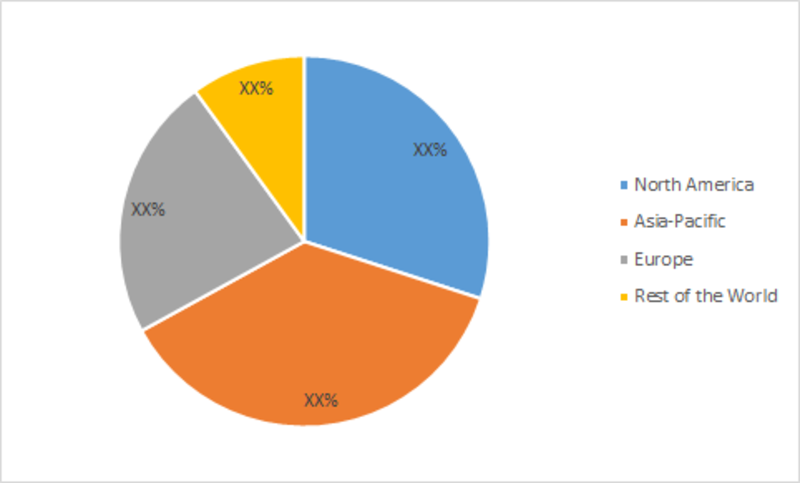 Damdam Rice Drops Balancing Oil Serum has been recently launched in the market, and its composition includes botanical oils such as hydration-retaining rice bran oil, along with avocado oil, as well as acne-friendly jojoba oil that nourishes the skin for a notable glow.

Which region is predicted to lead the Market for Rice Bran Oil?

Which packaging type segment will dominate the Market for Rice Bran Oil?

Which category segment will have the largest share in the rice bran oil market?

Conventional segment will have the largest share in the rice bran oil market.

What are the key factors driving the rice bran oil market?

Increasing health consciousness and inclination for fat-free and nutritional food are the key factors driving the rice bran oil market.