Please note that assessment period of report has been updated from 2019-2026 to 2020-2027. Cordially fill sample form for updated data.

Global Retail Automation Market size is expected to register an exponential CAGR during the forecast period.

Retail automation is the adoption of technologies such as artificial intelligence (AI) and machine learning (ML) that enable retail businesses to transform and automate their day-to-day operations with the improved customer experience and efficient performance. Additionally, it helps automate the manual, repetitive, and tasks that are highly vulnerable to error occurrences. Furthermore, retail automation offers numerous benefits that include minimized labor cost, which in turn offer higher accuracy, increased efficiency, enhanced customer experience, boost sales, and taking a retail business to the next level.

The retail automation market is driven by investments by big retail giants in retail automation. Additionally, the increase in individual spending capacities due to the rise in per capita disposable incomes has been attributed to market growth. However, market growth is likely to be hampered by the high investments associated with adopting a retail automation system that comprises hardware, software, and services. Apart from these, the rapid developments in technologies such as AI, ML, IoT, blockchain, computer vision, and robotics have enhanced market growth.

Global Retail Automation Market has been segmented based on Type, Component, End-User, and Region.

By component, the global retail automation market has been divided into hardware, software, and service.

Based on end-user, the global retail automation market has been divided into hypermarkets, retail pharmacies, supermarkets, single item stores, fuel stations, and others.

The European market for retail automation is expected to stand at the second position during the review period mainly due to the rapid economic growth across countries such as the UK and Germany. Additionally, the rising demand for enhanced customer experience from the retailers is expanding market growth.

Asia-Pacific region is segmented into China, India, Japan, and the rest of the Asia-Pacific and is likely to be the fastest-growing region mainly due to emerging economies such as China and India, which are growing at a rapid pace. Furthermore, China is expected to stand in the leading position, while India is projected to be the fastest-growing country during the forecast period. The Chinese market is expected to report the highest market share mainly due to the high demand for unstaffed stores, vending machines, and unstaffed shelves and a growing consumer preference for a convenient and faster mode of shopping.

The retail automation market in the Middle East & Africa and South America is expected to report significant growth during the forecast period.

Global Retail Automation Market is witnessing high growth, mainly due to a demand for the transformation of customer experience for retailing businesses. The repetitive tasks usually performed by humans are highly prone to errors, costing retail organizations severe losses and customers shifting on to other options available. To overcome this, retailers have been showing interest in adopting automated retail systems that are error-free, operate 24 by 7, up to date, smart operations, inventory management, actionable insights, and many other add-on benefits. Major players in the industry have opted for partnerships, acquisitions, product enhancement, and technical support services as their key organic growth strategies to enhance their positions in the market and cater to the demands of end-users. Also, the industry players are competing over the benefits offered by retail automation.

Global Retail Automation Industry has reported an increase in demand for retail automation systems mainly due to demand for unstaffed retail stores to prevent the spread of COVID-19. Additionally, the rapid technological developments in the hardware, software, and services related to retail automation have further increased demand. Furthermore, the dependency on technology for various business operations such as contactless payments, automated tellers, automatic vending machines, and billing increases with time.

The Key Players in the Global Retail Automation Market are identified based on their country of origin, presence across different regions, recent key developments, product diversification, and industry expertise. These include FUJITSU (Japan), Toshiba Global Commerce Solutions (US), Honeywell International Inc. (US), Posiflex Technology, Inc. (Taiwan), E&K AUTOMATION LIMITED (UK), First Data Corporation (US), KUKA AG (Germany), Diebold Nixdorf, Incorporated (US), Zebra Technologies Corp. (US), NCR Corporation (US), Kiosk & Display (US), Xerox Corporation (US), Probiz Technologies Prvt Ltd. (India), READY.ONE (US), and Locbit (US). The key strategies adopted by most of the players are partnerships, acquisitions, agreements, and collaborations. 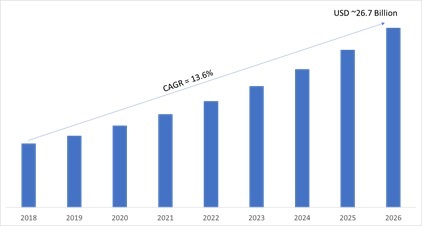 What are the factors that are instrumental in improving the retail automation market expansion?

The inclination of the major contenders in the retail space to towards automation is expected to motivate the market.

Who are the players that are emerging as instrumental to the retail automation market’s long term growth?

Schneider Electric SE (France), Honeywell International Inc. (U.S.), and Siemens AG (Germany) are some of the contenders in the market.

What is the CAGR scope of the retail automation market in the forthcoming period?

What is the prospective earning level of the retail automation market in the coming period?

The earning level of USD 18 Billion is anticipated to be gained by the market in the forecast period.

Which segments are studied to gain a thorough knowledge of the retail automation market?

Type, components, end-users, and region are the significant contenders in the market.

Investments By Big Retail Giants In Retail Automation Is Expected To Boost The Market Growth In R...