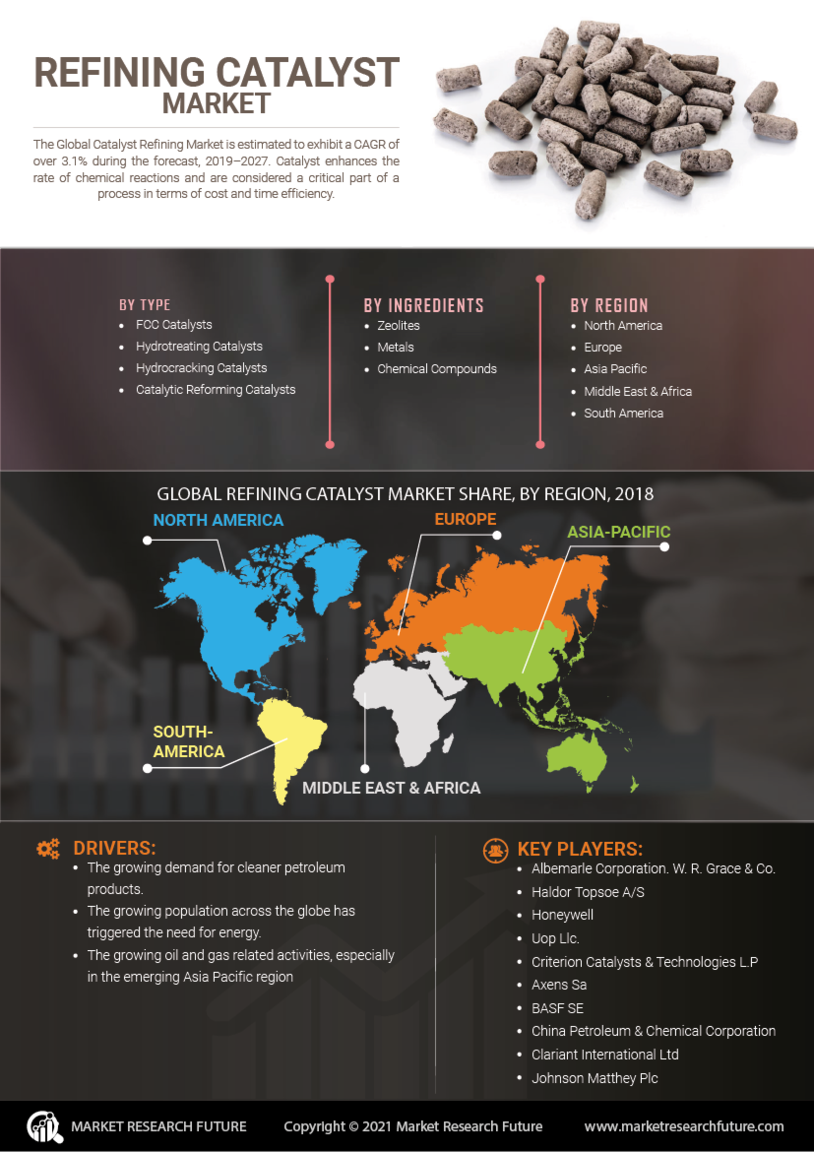 The Catalyst Refining market is estimated to exhibit a CAGR of over 3.1% during the forecast, 2019–2027.

catalyst enhances the rate of chemical reactions and are considered a critical part of a process in terms of cost and time efficiency. Refinery catalyst are used in refineries for the process of converting petroleum refining products from crude to high octanes liquid products such as diesel, kerosene, gasoline, and others. These catalysts are used in various processes such as hydrotreating, hydrocracking, and catalyst reforming among others.

The growing demand for cleaner petroleum products is the major factor driving the growth of the refining catalyst market during the assessment period. Moreover, the growing population across the globe has triggered the need for energy, which is contributing to the growth of the market. Moreover, the growing oil and gas related activities, especially in the emerging Asia Pacific region, is also likely to fuel the demand for refinery catalyst during the forecast period.

On the basis of type, hydrocracking catalyst segment is expected to exhibit the highest growth during the forecast period. The hydrocracking catalysts are used extensively because it does not produce coke as a by-product, which results in the efficient conversion of feedstock. On the basis of the ingredient, the metal segment accounted for the largest share in 2019 and is anticipated to exhibit the same trend during the forecast period. The metals are highly employed in hydrocracking and hydrotreating for the removal of unwanted particles and for reducing emissions of harmful gases. Thereby, the growing demand for less emitting fuel owing to the stringent government regulations is majorly contributing to the growth of the segment. 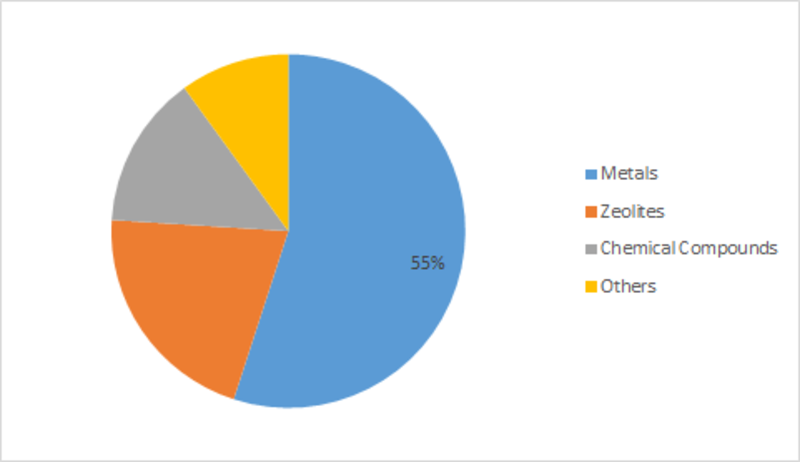 The Middle East is expected to grow at a steady CAGR owing to the growing oil and gas exploration activities.

In February 2020, researchers from the University of Sydney declared that the new silica-aluminum material has been developed using the strongest acidity of all silica-aluminum materials created. This material will find significant use as a catalyst in the petroleum refining process. This also gets ample application in biofuel manufacturing. Scientists revealed that it could lessen the carbon dioxide emissions (CO2) 28 percent during crude oil production.

What is the predicted growth rate of the global refining catalysts market?

The global refining catalysts market is expected to expand at 4% CAGR from 2018 to 2023.

What is the major driver of the global refining catalysts market?

High demand for clean petroleum products is the major driver of the global refining catalysts market.

Under the ‘type’ segment, which sub-segment can dominate the global refining catalysts market?

Which region can contribute the most to the global refining catalysts market?

The APAC region is estimated to contribute the maximum to the global refining catalysts market due to the massive demand for energy in developing economies.

Who are the key players of the global refining catalysts market?

Refining Catalysts Market To Accrue Impressively By 2021 With A Whooping Cagr; Asserts Mrfr