Using laser beams and a camera, the process of sorter solid products with a set of a dedicated automated system is called optical sorter. This automated sorter helps in sorter several food items like seafood, meat, grains nut, fruit, confectionery, coffee, and agricultural seeds. Not only food items, but it also helps in sorter recycling items like paper, metal, organic waste, plastic, and others coupled with mining materials like precious metals and industrial minerals. Using this technique of sorter results in a reduction of labour costs. 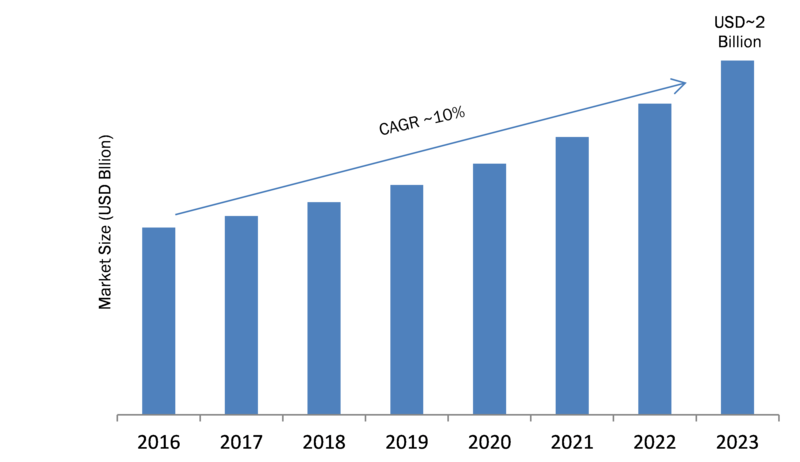 The global pandemic of COVID 19 has affected a major chunk of the population. Many people have lost their livelihood because of this global pandemic. It has affected the dynamics and growth of several industries. During the lockdown situation, operational activities of various end-user industries were halted which resulted in a demand shrink for the optical sorter market which further leads to decreased sales revenue. The supply chain networks were also disrupted which lead to a decline in profit margin.

However, the optical sorter market is expected to recover from this global pandemic by the end of the third quarter of the coming year by properly strategizing according to the needs of the market.

The rise in demand for optical sorters market all across the globe. The growing need for reducing processing time coupled with removing delivery time creates more market demand in the global market during the forecasted period. Unlike manual sorter, it is objective and consistent. Moreover, it helps in maximizing the yield by improving product quality and reduction in labor cost and hence provides various growth opportunities during the forecasted period in the global market. Ongoing extensive research also helps in creating growth opportunities.

Though the optical sorter market is growing tremendously in the global market, some factors restrict the market growth. Since this automated sorter system comes under advanced technologies, these are priced at a premium and as a result not afforded by all which hampers the market growth in the global market. Its high initial cost does not allow various end-users to use it under controlled budgets.

The optical sorter market is growing at an incredible rate globally due to various benefits associated with it. It is a much more efficient way of sorter when compared with manual sorting. Also using advanced technology for sorters results in more accuracy and productivity. This sorter technique is versatile as it is used in various end-user industries be it food processing industries, recyclable items industry, or mining industry.

The optical sorter market has been divided all across the globe based on type, application, platform, and region.

The market has been divided all across the globe based on the type into hyperspectral cameras, near-infrared sorting systems, combined sorters, lasers, cameras, and many others.

The market has been divided all across the globe based on the application into the recycling industry, mining industry, food processing industry, and many others.

Based on the Platform

The market has been divided all across the globe based on the platform into the hybrid platform, lane platform, freefall platform, belt platform, and many others.

The second-largest market share in the optical sorter market all across the globe is held by the European region owing to increasing advancement in technology and sorting technology being one of them. The presence of well-established technology infrastructure is another contributing factor.

Being the fastest-growing region, the third-largest market share in the optical sorter market is held by the Asia-Pacific region owing to the presence of highly populated countries like China and India which drives the market demand to this region. Moreover, Japan is one of the leading manufacturers of optical sorters and hence it drives the market demand. The presence of various manufacturing companies coupled with higher per capita disposable income creates more demand in this region during the forecasted period.

The most prominent major key players in the optical sorter market all across the globe are mentioned below:


These major key players use various strategies to sustain their market position in the optical sorter market in the global market by going for mergers, and acquisitions, by collaborating, establishing a partnership, developing a new production process, setting up a new joint venture, developing a new product line, innovation in the existing product, and many others to expand their customer base in the untapped market of the optical sorter all across the globe.

The global optical sorter market is expected to reach USD 2 billion by 2023.

The global optical sorter market is expected to exhibit a strong 10% CAGR over the forecast period from 2017 to 2023.

Growing demand for AI is the major driver for the optical sorter market.