Naphthalene Sulfonate Market Information- by Form (Liquid and Powder), by Application (Dispersant & Wetting Agent, Plasticizer, Surfactant, and others), by End Use Industry (Agriculture, Building & Construction, Household Cleaning, Textile and others) and by Region- Forecast till 2030 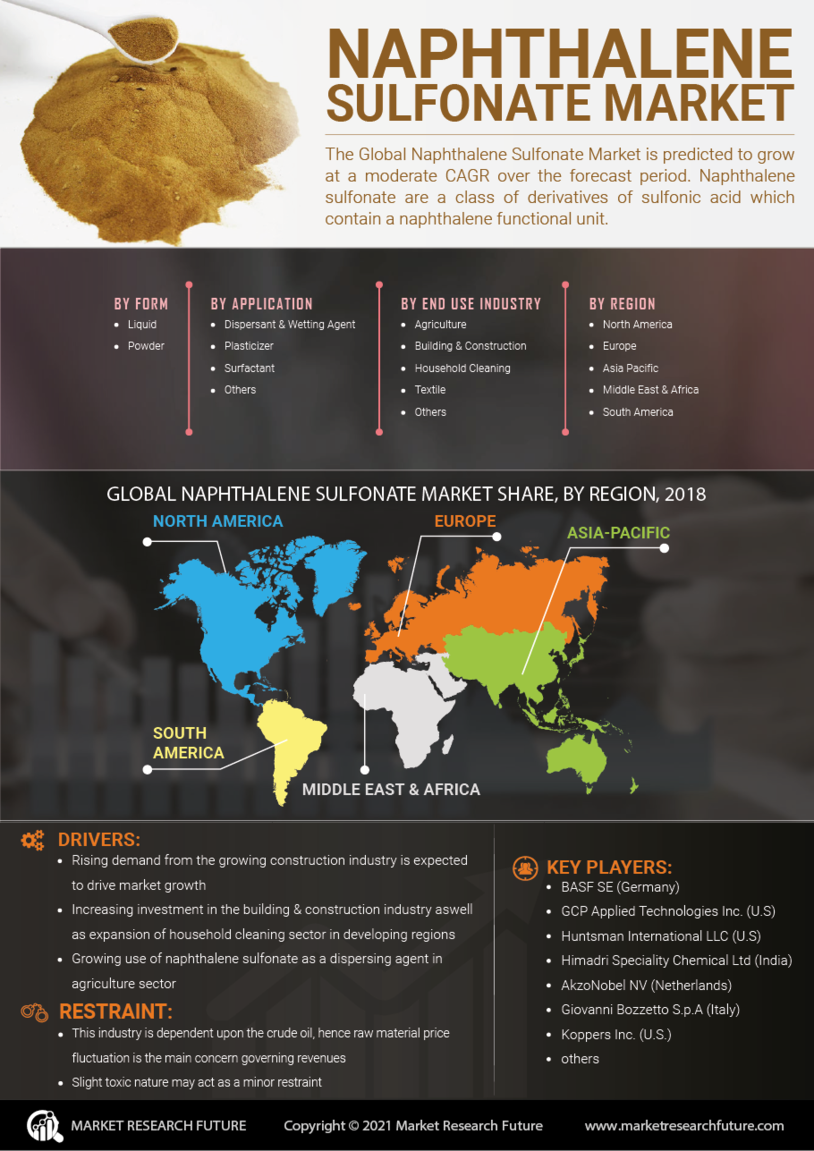 The naphthalene sulfonate market is predicted to grow at a moderate CAGR over the forecast period.Naphthalene sulfonate are a class of derivatives of sulfonic acid which contain a naphthalene functional unit. They are used to increase the viscosity or plasticity of a material and are widely used as plasticizer and dispersants. It improves concrete mixture by dispersing cement particles and enables the rapid mixing of concrete and finds extensive application scope in building & construction sector. Additionally, it is used as a plasticizer, surfactant and wetting agent in end use industries such as agriculture, building & construction, household cleaning, textile among others. Furthermore in the textile sector, naphthalene sulfonate plays significant role in the process of dyeing.

Rising demand from the growing construction industry is expected to drive market growth over the forecast period. Moreover, increasing investment in the building & construction industry as well as expansion of household cleaning sector in developing regions is predicted to fuel market growth. Growing use of naphthalene sulfonate as a dispersing agent in agriculture sector is anticipated to positively influence demand patterns. However, this industry is dependent upon the crude oil, hence raw material price fluctuation is the main concern governing revenues for naphthalene sulfonate market players. Furthermore, slight toxic nature may act as a minor restraint to the naphthalene sulfonate market.

List of Key Players in the Naphthalene Sulfonate Market 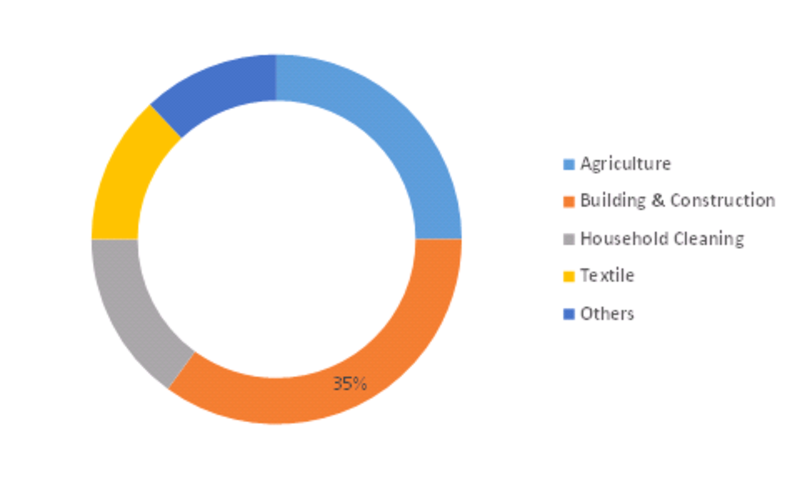 The global naphthalene sulfonate market consists of five regions: Asia Pacific, Europe, Latin America, North America, and the Middle East & Africa. The Asia Pacific region is estimated to grow at the highest CAGR during the forecast period due to the expansion of end use industries such as building & construction and agriculture among others. The demand for naphthalene sulfonate is expected to surge in developing countries such as China, India, Japan, and Malaysia owing to approval of large scale residential, commercial, and industrial construction projects. Moreover, ease of availability of raw material, cheap labor cost, and increasing development strategies to fulfil the demand for naphthalene sulfonate in the growing applications are the important factors for the regional market growth.

Asia Pacific emerged as the largest market for naphthalene sulfonate followed by North America and Europe. North America is expected to witness a significant growth in naphthalene sulfonate market due to the recovery of industrial sector coupled with escalating investments to revitalize textile industry. North American countries such as U.S, Mexico, and Canada are among the major contributors in the regional growth and are expected to see a significant regional market growth. While in Europe, countries such as France, Italy, Germany, and U.K have emerged as prominent consumer markets owing to developed end use industries and rising expenditure on R&D and innovation. Latin American countries such as Brazil and Colombia are also anticipated to witness moderate growth with the involvement of new business models.

Middle East & Africa is expected to witness a steady growth over the forecast period. Heavy investment in residential as well as commercial construction sector in Qatar, Saudi Arabia and United Arab Emirates (UAE) is expected to positively influence industry growth over the forecast period. In addition to this Israel is expected to register a significant growth due to the cutting import duties on textile and apparels. Government of Israel has free trade agreement with Europe and U.S facilitating better import and export facilities of textile material with exemption of taxes. These factors have triggered the naphthalene sulfonate market growth.

What is the forecast period of Naphthalene Sulfonate Market research report?

Which region will lead the Naphthalene Sulfonate Market?

Who are the key players in the Naphthalene Sulfonate Market?