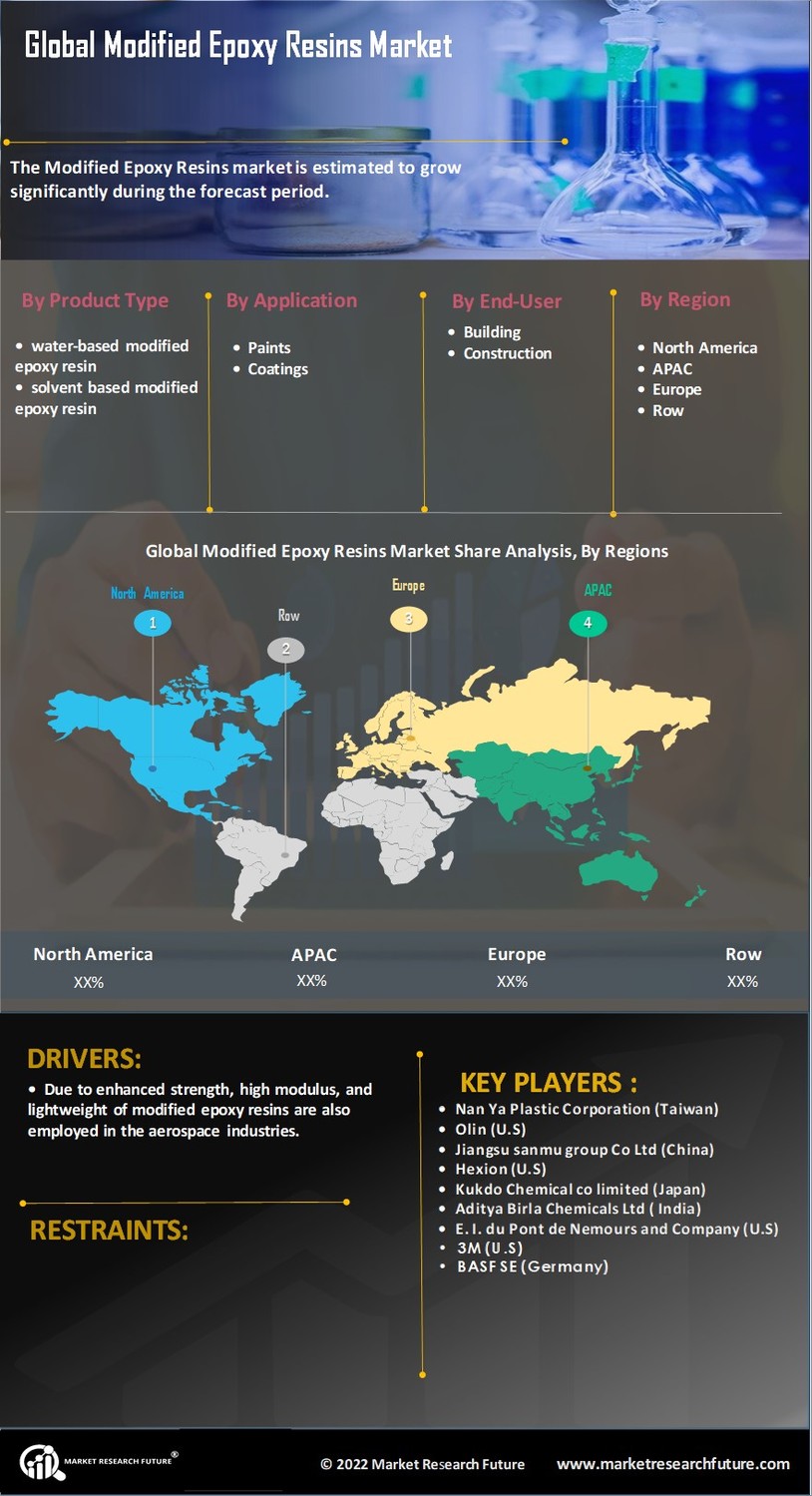 Asia Pacific holds the major share of the market and is expected to be the fastest growing region with an 5.30% CAGR.Epoxy resins or polyepoxides are a type of reactive polymers and they contain epoxide groups. Epoxy resins are reacted or cross-linked either with themselves or with a variety of co-reactants such as polyfunctional amines, acids, phenols, thiols, and alcohols. The reaction between epoxy resin and other co-reactants forms thermosetting polymers with enhanced chemical resistance, mechanical properties, and temperature, which are also referred as modified epoxy resin. Modified epoxy resin offer various properties such as improved peel strength, better thermal shock resistance, and excellent corrosion resistance, among others. These properties pave the way for modified epoxy resins in many end-user industries such as automobile, building and construction, aerospace, marine, and others. Modified epoxy resin are extensively used as adhesives and sealants owing to excellent heat resistance and durability. The growing automotive, building and construction industries in the developing countries are the major factors contributing to the growth of the market. Moreover, due to enhanced strength, high modulus, and lightweight of modified epoxy resins are also employed in the aerospace industries. Moreover, they act as a binding agent in the manufacturing of polymer concrete. The low viscosity increases a high degree of filling and processability of the polymer concrete.

Among the various product segments in modified epoxy resins market, the paint and coating application segment is the leading segment of the market and is anticipated to continue its dominance over the forecast period. The enhanced heat resistance and weather resistance qualities finds its application in many industries such as automotive, building and construction, aerospace among 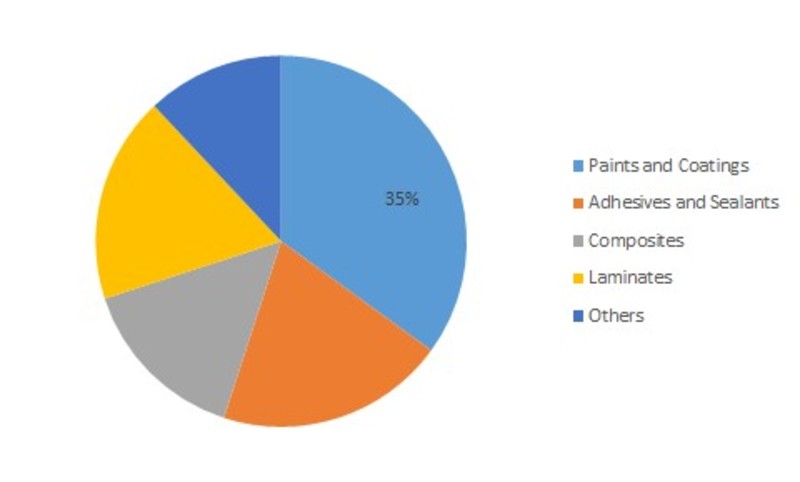 The modified epoxy resins market is segmented into five regions: Asia Pacific, North America, Europe, Latin America, and the Middle East & Africa. Among these, Growing population and the increasing personal disposable incomes in the developing nations are primarily driving the growth of the modified epoxy resins market. Moreover, the burgeoning construction industry in countries, such as India and China, is increasing the demand for modified epoxy resins in the paint and coatings industry, which, in turn, is propelling the market growth. According to the Indian Brand Equity Foundation, the Indian infrastructure witnessed 33 deals in 2016-2017 involving USD 3.49 billion with an increase of 0.5 billion from the previous year.

In addition to this, the demand from the automotive industry mainly in China, India, and Japan is another factor positively affecting the market growth.  Furthermore, the developing electronics industry mainly in Japan and China is further expected to boost the demand for modified epoxy resins in this region owing to its use in the electrical coatings, electrical laminates, and electrical castings for enhanced performance.

North America is another dominant region in the global market, exhibiting an expanding CAGR. The presence of the big three automobile companies namely General Motors, Ford, and Fiat Chrysler has augmented the demand for modified epoxy resins from the automobile industry. Furthermore, the newly elected government has brought about the new wave of investments in the construction and renovation of the infrastructure mainly in the U.S. and Canada are further expected to boost the market growth owing to the use of modified epoxy resins in the paints and coatings industry. Moreover, the high adoption rate coupled with the developed end-use industries such as electronics and aerospace among others are expected to substantially add to the growth of the market.

The European region is a lucrative market and is mainly driven by the developed automobile and aerospace industry. The growing demand for coatings and composites from the aircraft and automobile manufacturers are further contributing to the growth of the market. Moreover, the increasing demand for paints and coatings from the construction sector is also expected to boost the market growth over the forecast period.

What is the forecast period of Modified Epoxy Resins Market research report?

Which region will lead the Modified Epoxy Resins Market?

Who are the key players in the Modified Epoxy Resins Market?