Methacrylic Ester market information- by application (sizing agent, adhesives, oil additives, binder, and others), by end use industry (pulp & paper, lubricant, paint & coatings, textile, construction and others) and by region- Forecast till 2030 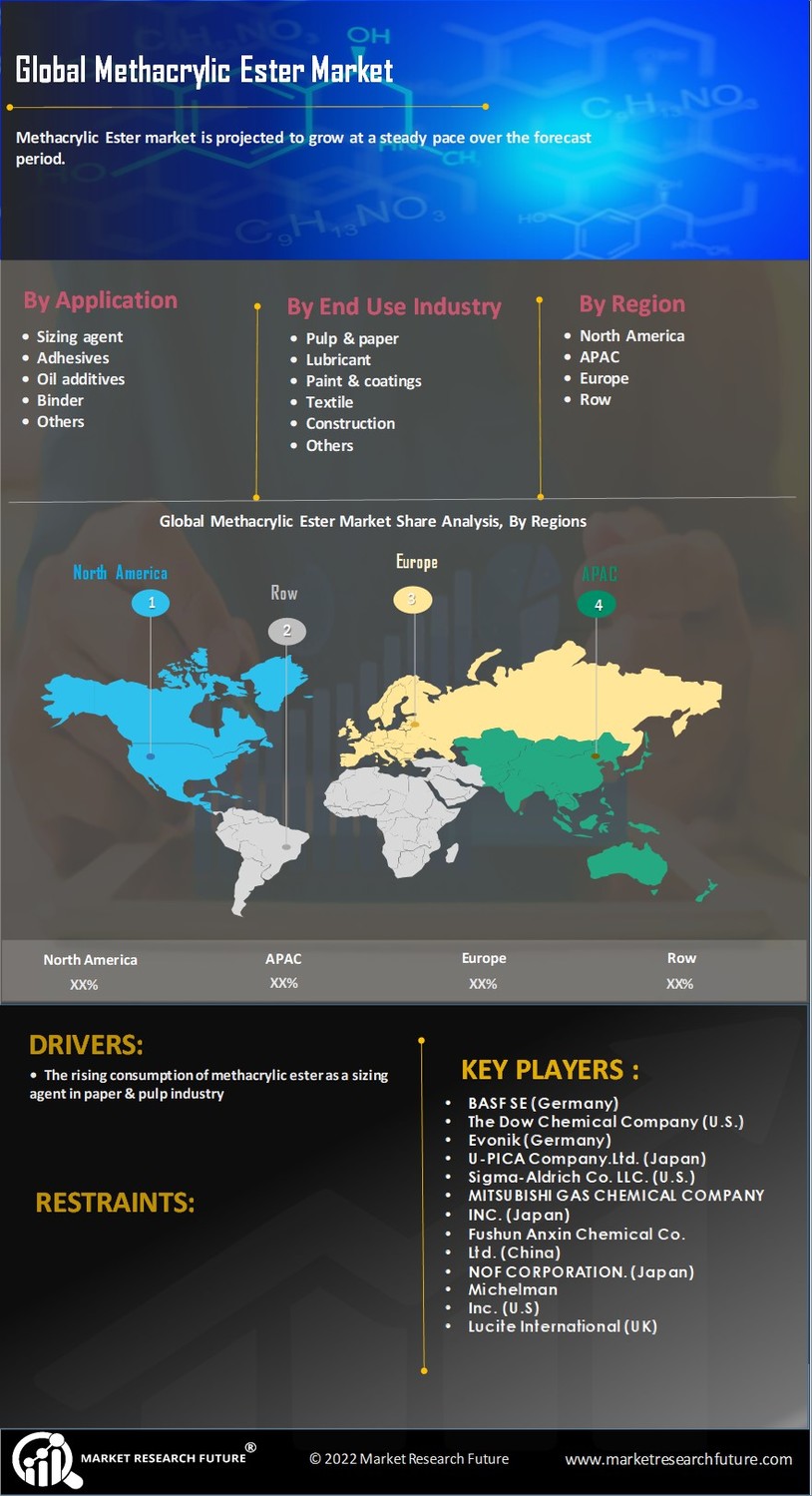 Methacrylic ester is a kind of monomer which is used to produce a wide range of polymers. These polymer are used to enhance viscosity and low temperature characteristics and widely utilized as an oil additives in end use industry such as lubricant. These exhibit excellent durability, chemical resistance, and excellent flow properties and are extensively utilized in end use industries such as pulp & paper, lubricant, paint & coatings, textile, construction and others.

List of Key Players in the Methacrylic Ester Market

The Global Methacrylic Ester Market Share by end use industry (2016), (%) 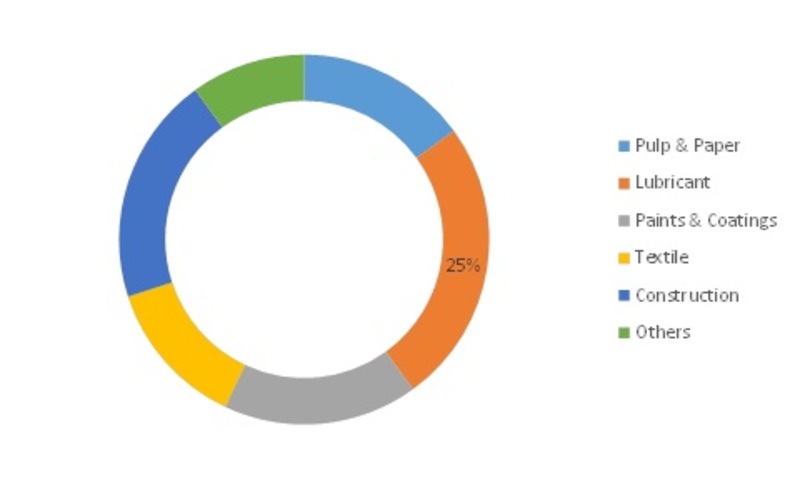 The global methacrylic ester market is segmented into five regions viz. - Asia Pacific, Europe, Latin America, North America, and the Middle East & Africa. Among these, Asia Pacific is predicted to grow at the highest CAGR during the forecast period owing to increasing demand from end use industries such as pulp & paper and construction among others. The demand for methacrylic ester is predicted to surge in emerging economies such as India, China, and Bangladesh due to growing industrial as well as residential construction sector. Moreover, ease of availability of raw material, cheap labor cost, and improving development strategies to fulfil the demand for methacrylic ester in the growing applications are the important factors for the regional market growth.

Asia Pacific emerged as the largest market for methacrylic ester followed by North America and Europe. North America is expected to witness a significant growth in methacrylic ester market due to the recovery of industrial sector coupled with escalating investments to revitalize paints & coating industry. In Europe, countries such as France, Spain, Germany, and U.K have emerged as prominent consumer markets due to developed end use industries and increasing expenditure on R&D and innovation. While in North America, countries such as Mexico, U.S, Canada, and Guatemala are among the major contributors in the regional market growth and are expected to see a significant regional market growth in the near future. Latin American countries such as Argentina, Colombia, Peru and Brazil are also predicted to witness moderate growth with the association of new business models. Moreover, lubricants are widely used in automotive and general industry, increasing automobile production and sales as well as expansion of general industry in countries such as China, India, Mexico, Germany, and Japan will further drive the market growth. Middle East & Africa is expected to witness a substantial growth during the review period. Huge investment in institutional as well as commercial construction sector in Saudi Arabia, Qatar and United Arab Emirates (UAE) is anticipated to positively influence industry growth over the forecast period.

What is the forecast period of Methacrylic Ester Market research report?

The forecast period for Methacrylic Ester Market research report is 2020-2030.

Which region will lead the Methacrylic Ester Market?

Who are the key players in the Methacrylic Ester Market?