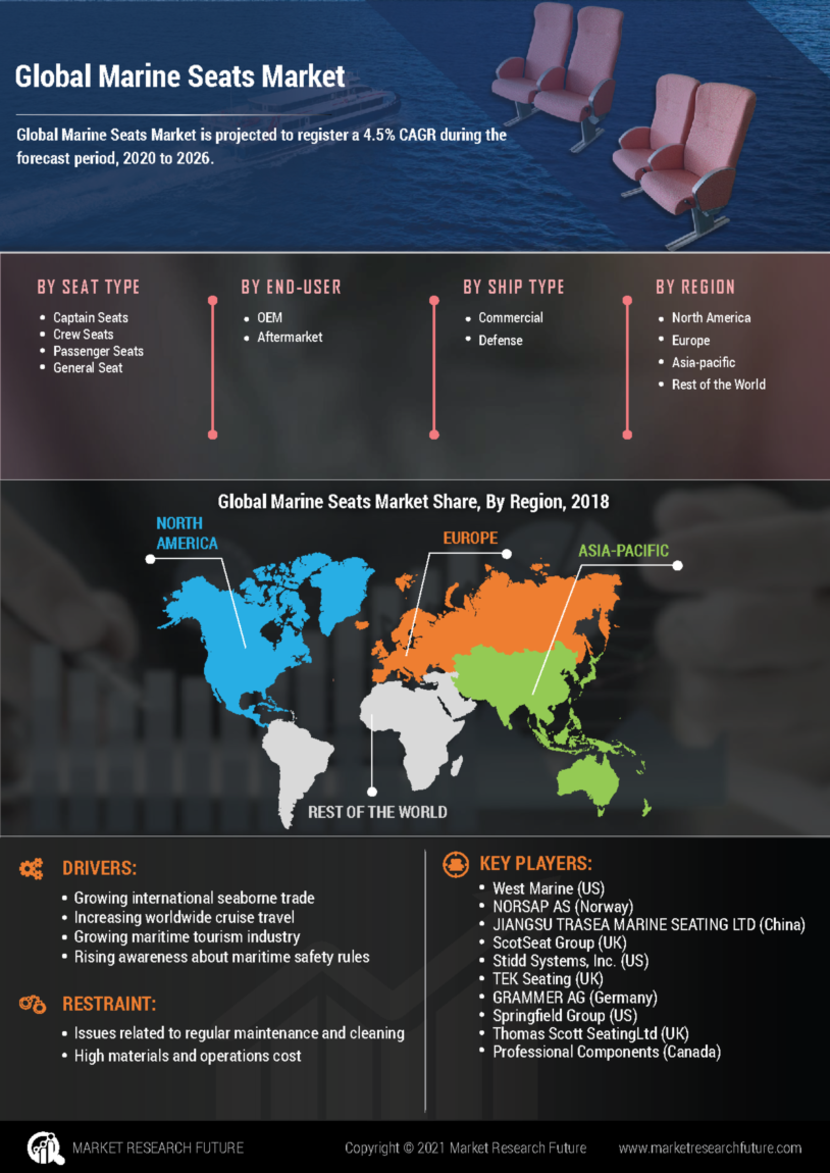 Global Marine Seats Market is projected to register a 4.5% CAGR during the forecast period, 2020 to 2026. Marine seats or pedestals are the found abode yachts, boats, ferries, and other sea vessels. These seats are a combination of a variety of components such as suspensions and are designed to offer protection to sailors and passengers on board from the shockwaves generated by sea waves. The seats also offer a comfortable and stable position onboard for managing navigation while at sea.

However, issues related to regular maintenance and cleaning and high material cost might hamper the growth of the global market.

The marine seats market is witnessing huge demand due to advancements of new port cities in emerging economies, technological improvements in the marine industry, and authoring of marine safety systems in several countries.

What is the estimated growth rate of the global marine seat market?

Global marine seat market is projected to register a moderate 4.5% CAGR in the forecast period.

Which seat type is expected to witness the highest growth?

The passenger segment is expected to observe substantial demand over the review period.

What is the end-user segment of the global marine seats market expected to witness the highest growth?

The OEM segment is slated to expand as the fastest-growing segment.

Who are the significant players operative in the global marine seat market?