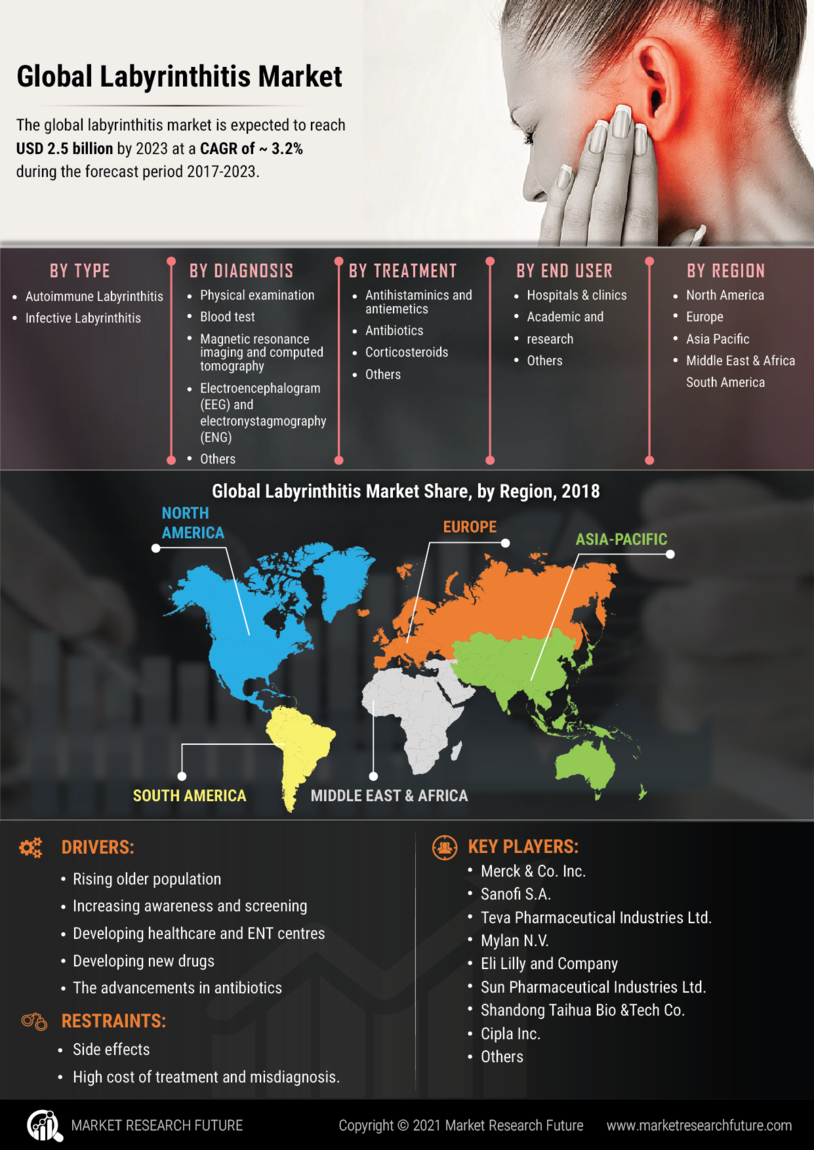 The labyrinthitis market is expected to reach USD 1983.3 Million by 2030 at a CAGR of 4.60% during the forecast period 2022 - 2030.Labyrinthitis, also known as vestibular neuritis, is an inflammation of the inner ear or the nerves that connect the inner ear to the brain due to a variety of reasons such as infection by measles, mumps, trauma, autoimmune etc. Labyrinthitis shows various symptoms such as hearing loss, speech problems, double vision, abnormal gait, dizziness, nystagmus (rapid and undesired eye motion), vertigo, ringing in the ears, etc. Labyrinthitis is triggered by cold flu and occur as a single attack, or a series of attacks, which generally resolves on its own over three to six weeks.

The causes of labyrinthitis are upper respiratory infection such as common cold or flu, infection by herpes simplex type 1 virus, acute localized ischemia, pressure changes such as while flying or scuba diving, etc. Labyrinthitis affects approximately 35 cases per 1 million people per year across the globe and it is rising due to growing exposure to pathogenic agents. Labyrinthitis affects older population to a greater degree due to weak immunity and hearing problems. 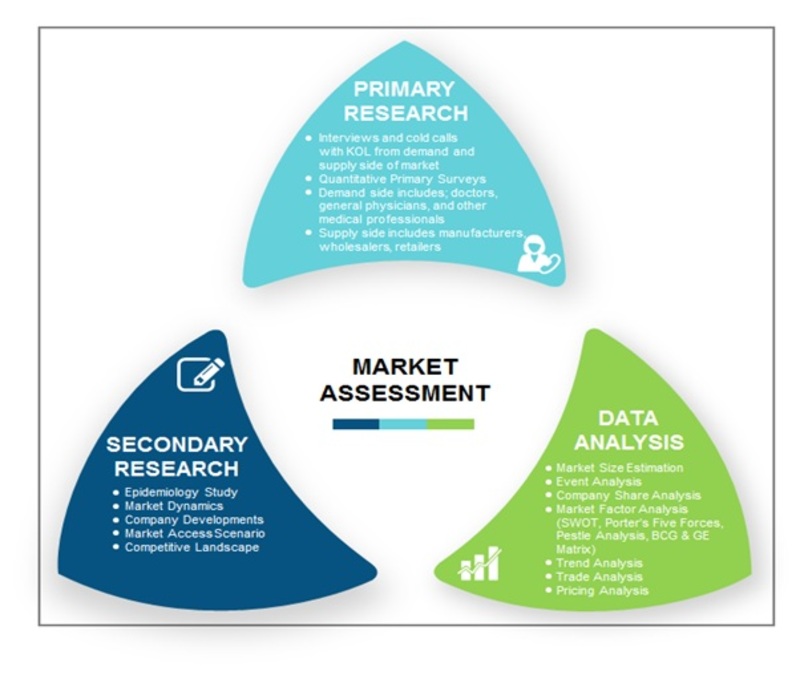 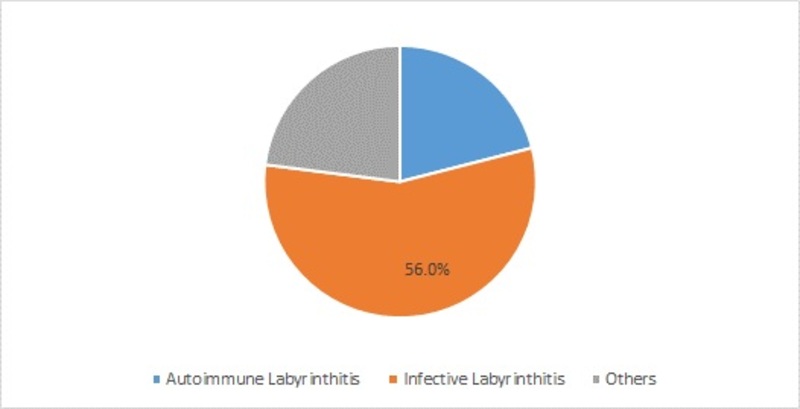 The labyrinthitis market has been segmented on the basis of types, diagnosis, treatment, and end user.

Based on the diagnosis, the labyrinthitis market has been segmented as physical examination, blood test, magnetic resonance imaging and computed tomography, electroencephalogram (EEG) and electronystagmography (ENG) and others.

Based on the treatment, the labyrinthitis market has been segmented as antihistaminics and antiemetics, antibiotics, corticosteroids, and others.

Based on the end user, the labyrinthitis market has been segmented as hospitals & clinics, academic and research, and others.

The Americas accounts for a significant market share owing to high expenditure on the health care. Additionally, the fastest uptake of new diagnostics and drugs in the US drives the labyrinthitis market. Furthermore, concentration of the major healthcare companies and large hospitals in the developed countries of this region coupled with large insurance penetration are adding fuel to the market growth. The US expend high amount on its healthcare in 2015, which accounted for 16% of total GDP which, in turn, likely to drive the labyrinthitis market.

Europe is the second largest market in the world due to high income and strong healthcare penetration. The European market growth is led by countries such as Germany and France. The UK is expected to be the fastest growing market over the assessment period. However the southern European nations have witnessed a greater incidence of infective labyrinthitis due to associated environmental conditional. Owing to strong pharmaceutical industry, Germany dominates the Europe market.

Asia Pacific region is expected to grow rapidly; China and India are likely to lead this market due to the fast growing healthcare sector and large unmet needs over the forecast period. South East Asian countries such as China, India, and Malaysia are projected to contribute highly to the market growth. Furthermore, growing penetration of healthcare insurance in the Asia Pacific region is expected to drive the future labyrinthitis market in the region.

Gulf nations such as Saudi Arabia and the UAE are estimated to drive the Middle East & African market. Other Middle East nations to watch out for are Kuwait, Jordan, Egypt, and Iran. The African region is expected to witness a moderate growth owing to poor economic and political conditions, and poor healthcare development. However the poor countries and developing regions have the greatest unmet needs, which needs to be tapped.

Key Players in the Labyrinthitis Market

At what CAGR is the labyrinthitis market projected to grow in the forecast period (2022-2030)?

Labyrinthitis market is projected to grow at approximately 4.60% CAGR during the assessment period (2022-2030).

How much is the labyrinthitis market worth in the future?

Labyrinthitis market is estimated to reach a valuation of approx. USD 1983.3 Million by the end of 2030.

What are the major tailwinds pushing the growth of the labyrinthitis market?

The developments in the surgery segment such as minimal invasive laparoscopy surgery are the major tailwinds pushing the growth of the global Labyrinthitis market.

Which region holds the largest share in the labyrinthitis market?

North America holds the largest share in the global labyrinthitis market, followed by Europe and the Asia Pacific, respectively.

Who are the top players in the labyrinthitis market?