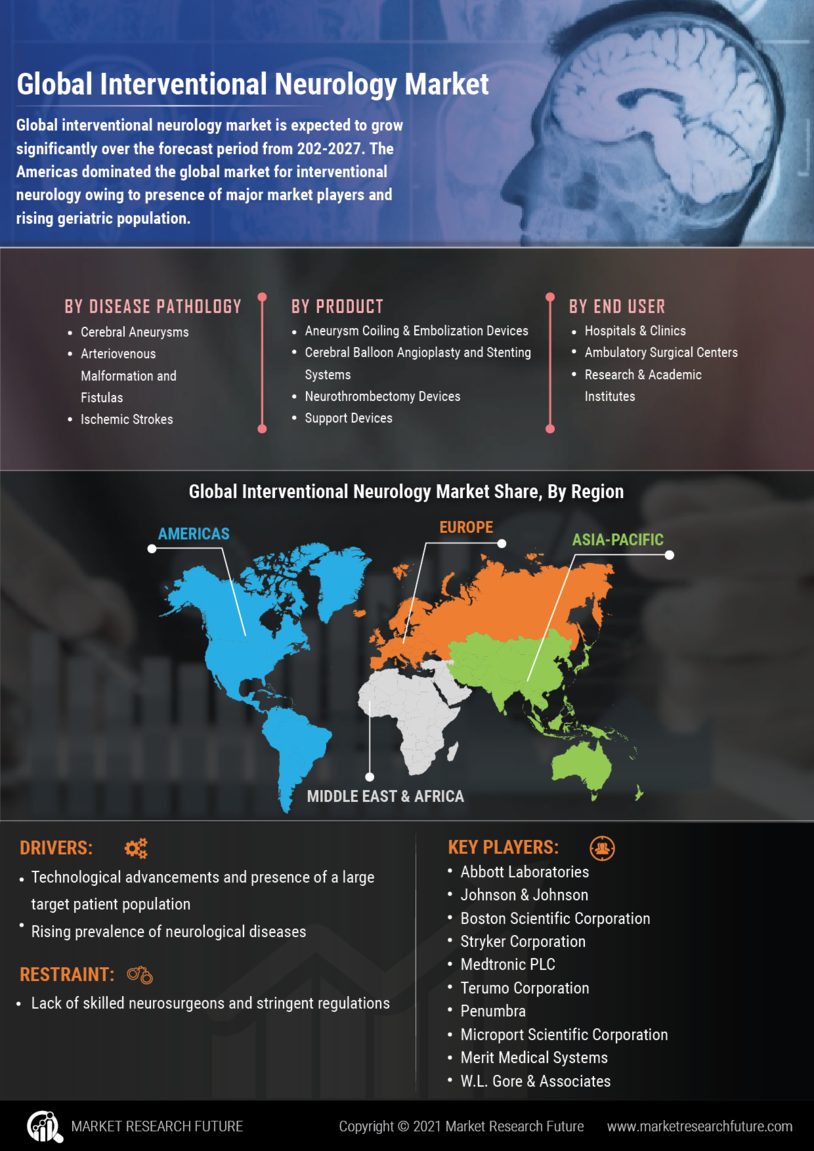 Interventional neurology market held a valuation of USD 2,331.68 Million and is projected to grow at a CAGR of 5.10% during the forecast period

The interventional neurology machines help diagnose, prevent, and treat various neurological diseases and conditions such as Alzheimer's, Parkinson's disease, major depressive disorder, epilepsy, spinal cord injury, and traumatic brain injury. These devices are less aggressive photographic technology. The procedures involving these devices are used to diagnose and treat head, neck and spinal diseases. With the growth of the world's population and the survival rate, neurological disorders are increasing worldwide. As for intervening, the neurology machines help improve motor functioning in daily life by empowering the patients who control the body's movement.

The neuro thrombectomy device is intended to mechanically retrieve or destroy blood clots in the cerebral neurovascular with laser, ultrasound, or combination. Ischemic acute stroke is associated with side effects and a higher health burden. The use of the Neurothrombectomy equipment is recommended for the patients receiving the treatment that may have limited the functionality. The currently available Neurothrombectomy machines offer interesting treatment options to patients with acute ischemic stroke. The neuro thrombectomy machines provide many potential benefits beyond pharmacologic thrombolysis, including the success of the rapid reconstruction, improved efficiency in the treatment of the large vessel, and a lower risk of bleeding events.

The Interventional Neurology Market is segmented based on disease pathology, product, end user and region.

The global market for interventional neurology, by disease pathology is segmented into cerebral aneurysms, arteriovenous malformation and fistulas, ischemic strokes, and others.

Based on end user, the market is segmented into hospitals & clinics, ambulatory surgical centres, research & academic institutes, and others.

In the current scope of the study, the above-mentioned segments are covered into the four global regions, namely the Americas, Europe, Asia-Pacific and the Middle East & African region.

The interventional neurology market in the Americas has further been segmented into North America and South America, with the North American market divided into the US and Canada. 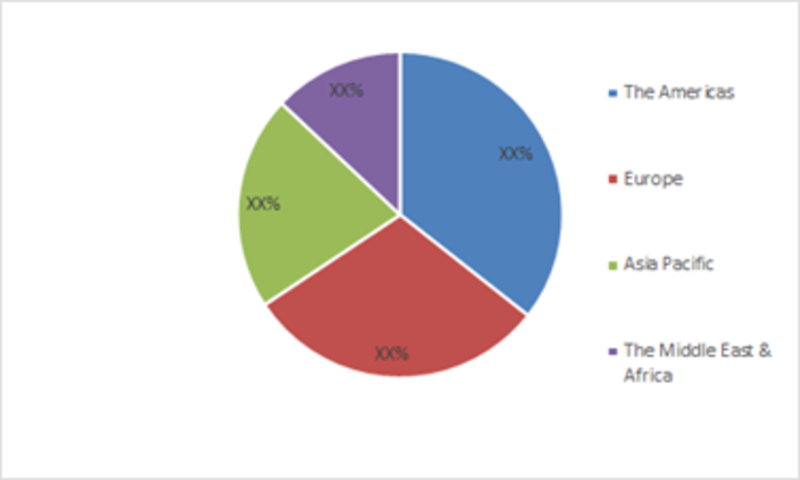 The Americas dominated the global market for interventional neurology owing to presence of major market players and rising geriatric population.

In 2017, it was estimated that Europe stood second in the Interventional Neurology Market. This can be attributed to the rising research and development investments.

The rising participation of market players is also boosting the interventional neurology market. For instance, in 2018, Rapid Medical announced CE Mark approval in the European Union for its Tigertriever 13 stent retriever for the treatment of ischemic stroke.

Asia Pacific was projected to be the fastest growing region in 2017. Factors such as growing healthcare sector, increasing penetration of the market players within the region, and increasing healthcare expenditure drives the regional markets of the Asia Pacific region. According to the 2017 data suggested by the Australian Institute of Health and Welfare, nearly USD 181 billion is spent on health in Australia.

On the other hand, the Middle East and Africa held least share in the Interventional Neurology Market due to the low per capita income, especially within the African region. The growth in this region is attributed to the rising cases neurological conditions. The burden of neurological disorders in African region has been increasing over the years. The annual incidence of stroke has been estimated to be 316 per 100 000 in Africa.

Market Research Future research is conducted by industry experts who offer insights into industry structure, market segmentation, assessment, Competitive Landscape (CL), penetration, as well as on emerging trends. Besides primary interviews (~ 80%) and secondary research (~ 20%), their analysis is based on their years of professional expertise in respective industries. Our analysts also predict where the market will be headed in the next five to ten years, by analysing historical trends and current market positions. Furthermore, the varying trends of segments and categories geographically presented are studied and are estimated based on the primary and secondary research.


Extensive primary research was conducted to gain a deeper insight of the market and the industry performance. In this particular report we have conducted primary surveys (interviews) with key level executives (VPs, CEOs, Marketing Directors, Business Development Managers, and many more) of major players who are active in the market. In addition to analyzing the current and historical trends, our analysts predict where the market is headed, over the next five to ten years.


Secondary research was mainly used to collect and identify information useful for extensive, technical, market-oriented, and commercial study of the Interventional Neurology. It was also used to obtain key information about major players, market classification, and segmentation according to industry trends, geographical markets, and developments related to the market and perspectives. For this study, analysts have gathered information from various credible sources, such as annual reports, SEC filings, journals, white papers, corporate presentations, company web sites, international organization of chemical manufacturers, some paid databases, and many others.Recent Development

In March 2022, India Medtronic Private Limited, a wholly-owned subsidiary of Medtronic Plc. announced the launch of the Prospective Registry for Assessment of Acute Ischemic Stroke Patients Treated with the Neurothrombectomy Devices, which will be used to create a post-market registry to access the clinical outcomes associated with the use of Medtronic market-released revascularization devices in the patients experiencing acute ischemic stroke.

What was the value of the global interventional neurology in 2030?

The global interventional neurology market had reached a valuation of USD 2,331.68 MillionN in 2030.

At what CAGR is the global interventional neurology market projected to grow in the forecast period (2022-2030)?

The global interventional neurology market is projected to grow at approximately 5.10% CAGR during forecast period (2022-2030).

What are the major tailwinds pushing the growth of the global interventional neurology market?

Which region holds the largest share in the global interventional neurology market?

Who are the top players in the global interventional neurology market?