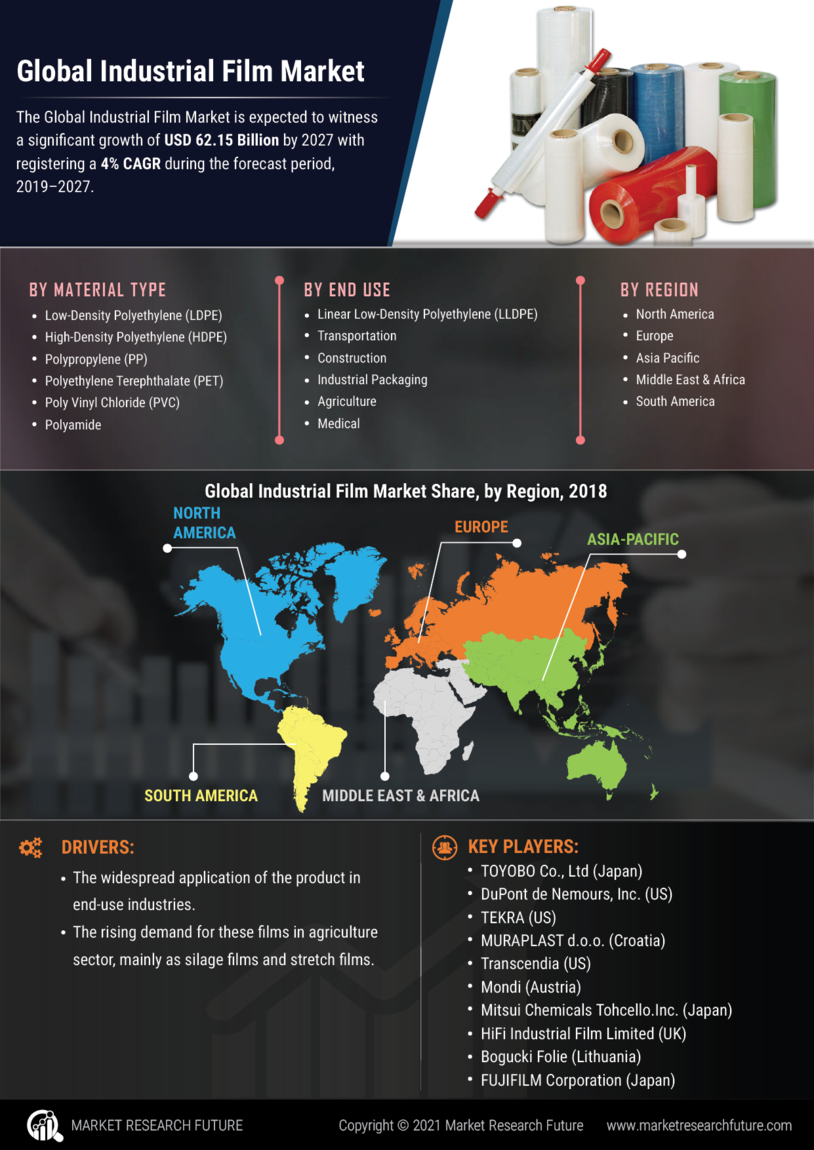 They are primarily used to package certain products. Various industries use industrial films. These include various industries, transportation, construction, agriculture, medicine, and others. When these films are used in the packaging they make it easy for trucks, ships, and planes to transport the items that they package. Transportation also occurs much faster when industrial film is used.

COVID-19 was a dangerous virus that was a big issue last year. It still is a big issue. Most people who got this virus recovered. However, a small percentage had to be hospitalized because of the nervous system and respiratory issues. Less than 1% of the people who got COVID-19 died from it.

Governments quickly realized that this was a dangerous virus. They sought to contain its spread with lockdowns and quarantines. These were temporary because they proved to have limited effect. Most industries were negatively affected since the lockdowns and quarantines forced them to temporarily halt or scale operations back significantly. The Industrial Films Market was no exception. The prices for the materials needed to make the films skyrocketed since they were hard to find. The prices for industrial films increased as well.

What’s driving growth in the Industrial Films Market is the increasing popularity of these pieces of plastic in end-use industries around the world. The technologies that are used to make this plastic are improving at an amazing pace as well.

The agricultural and construction industries are growing rapidly around the world. This applies especially to the Asia-Pacific region. This is another important factor that is driving growth in the Industrial Films Market. The fact that environmentally conscious people increasingly prefer to use bio-based films is als driving growth.

Many companies in the Industrial Films Market are enticed by the immense money-making prospects in this industry. They are investing heavily in research and development to develop and market a new generation of industrial films that are more effective in terms of protecting items, are safer for humans, and are environmentally friendly.

The sad truth is that plastic never decomposes. This, when combined with the fact that plastic can harm wildlife and is NOT environmentally friendly is a major restraining factor. The fact that the raw materials needed to make these films can change wildly from day to day and even throughout the day is another major restraining factor. Finally, many environmentally conscious governments are passing stricter rules, guidelines, and regulations in terms of the production and use of plastics. This is also holding back growth.

Companies in the Industrial Films Market do face some challenges. One of these lies in trying to develop plastics that are safer for the environment. This means that they would have to safely decompose once disposed of. These companies are also trying to make better industrial films while trying to conform to the increasingly strict rules, regulations, and guidelines that governments are passing regarding the manufacture and use of these plastics.

DuPont is a major American player in the Industrial Films Market. It has managed to create and maintain its superior position by creating a sustainable competitive advantage. This has been achieved with heavy investment in research and development. The results of this have been the development and marketing of a new generation of industrial films that are more efficient and safer for the environment and humans. 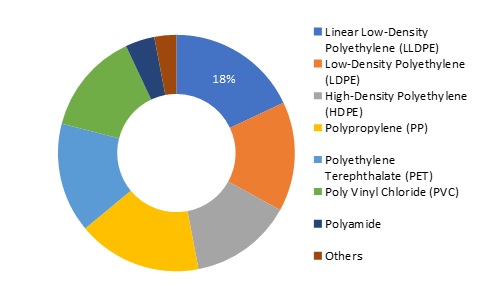 The Industrial Films Market has been segmented into the following sub-segments based on Material Type:

The Industrial Films Market has been segmented into the following sub-segments based on End-User Industry:

There are five main regions for the Industrial Films Market. These are:

What accounts for this is the fact that the Asia-Pacific region is rapidly modernizing and industrializing. Many nations in this region are experiencing rapid and high economic growth. The governments in this region are also passing policies and initiatives that are supporting and encouraging the manufacture and sale of Industrial Films Market.

The United States of America exported USD 40.5 million in pharmaceutical goods in 2019 alone.

The European Union holds a decent Industrial Films Market Share. The transportation industry is big and growing in many European nations. This industry relies heavily on industrial films to transport products to and from places. Many European governments are in the process of passing stricter environmental rules and regulations. This makes the use of plastics that never degrade impossible. Therefore, many companies are turning to the next best alternative which lies in industrial films.

Many Industrial Films Manufacturers are incentivized to develop and use bio-degradable plastics because their governments don’t allow the development and usage of plastics that don’t break down easily once they are disposed of. They also see that there is a lot of money to be made in the bio-degradable industrial films sub-segment.

The Latin American region will experience modest growth in the Industrial Films Market. What will drive growth in this region will be a strong and rapidly growing agricultural sector. The agricultural sector in Latin America relies heavily on a variety of industrial films for various uses and purposes. These include a greenhouse, mulch and silage films, stretch films, silage sheets, and drip irrigation pipes.

The economies in the Middle East and Africa region are growing modestly. This region will experience modest Industrial Films Market Growth mainly because their transportation and construction sectors are growing at a decent rate.

The Industrial Films Market remains highly competitive. The reason for this is that there are few barriers to entry and the market is relatively lucrative. Companies find that they can survive through extensive investments in research and development, mergers and acquisitions, and joint ventures.

Mergers and acquisitions and joint ventures allow companies to expand their resource pools. They find that they are better able to develop new products that will allow them to develop a sustainable competitive advantage. They are also in a better position to strengthen their positions in existing markets and enter into new markets easier.

Transcendia is a major American firm in the Industrial Films Market. It has managed to create and retain its superior position through research and development. The company was able to develop and market a new generation of environmentally friendly industrial films. This also helped it create a sustainable competitive advantage.


The CAGR for the Industrial Films Market is 4% from 2022 to 2030. The market should be worth USD 62.15 billion by 2030. The Asia-Pacific region has the highest market share and growth. The rapidly growing agro sectors in India (especially) and China account for most of this.

Which countries are in the EU?

How did COVID-19 Affect the Market?

It had somewhat of a negative effect initially. However, this started to reverse and growth and demand picked up dramatically during the last three months of 2020. This continued into 2021.

Where are Industrial Films Used?

Construction, Transport, and Agriculture are some of the many uses of Industrial Films.

Growing consumption of industrial films in end-use industries is estimated to drive the market du...