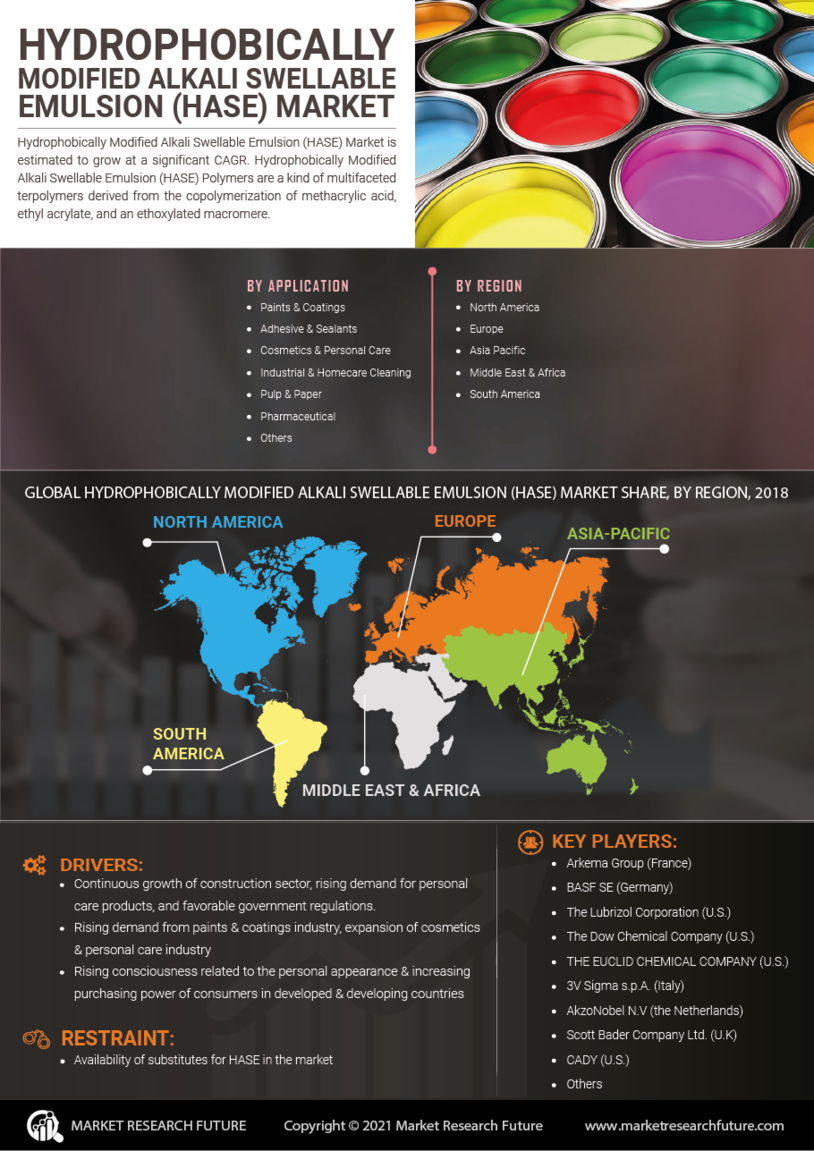 Hydrophobically Modified Alkali Swellable Emulsion (HASE) Polymers are a kind of multifaceted terpolymers derived from the copolymerization of methacrylic acid, ethyl acrylate, and an ethoxylated macromere of a nonionic surfactant. They are special class of rheology modifiers which are used in numerous industries to control the fluidity profile of the material. They find wide application scope in adhesive & sealants, paints & coatings, cosmetics & personal care, industrial & homecare cleaning, pulp & paper and others.

As per our analysis, some of the important market factors and trends identified in the Global Hydrophobically Modified Alkali Swellable Emulsion Market include continuous growth of construction sector, rising demand for personal care products, and favorable government regulations. Moreover, rising demand from paints & coatings industry, expansion of cosmetics & personal care industry, along with the increasing prominence of Hydrophobically Modified Alkali Swellable Emulsion are estimated to give new impetus to the water based rheology modifiers demand during the review period. Additionally, rising consciousness related to the personal appearance and increasing purchasing power of consumers in developed & developing countries is expected to fuel the growth of the market. However, availability of substitutes for HASE in the market is predicted to hamper the growth of the market over the forecast period. 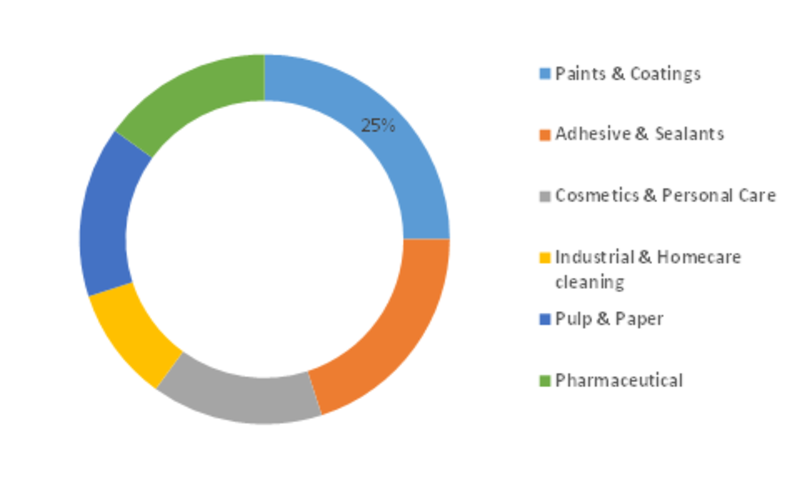 Geographically, the Hydrophobically Modified Alkali Swellable Emulsion Market is segmented into five regions viz. North America, Europe, Asia Pacific, Latin America, and the Middle East & Africa. Among these, Europe emerged as the leading HASE market in 2016, driven by the growth of numerous industries such as cosmetics & personal care and paints & coatings among others. Europe region was estimated to account for around 33% of the overall volume share in 2016, and is predicted to grow with the moderate CAGR during the review period. In Europe, countries such as Russia, Germany, France, Spain, and UK have emerged as the major contributors in the regional market growth and will continue their dominance over the forecast period owing to the wide utilization of HASE in adhesive & sealant and personal care products. North America is predicted to witness a significant growth in HASE market due to the robust base for industrial sector along with increasing investments to revitalize general industry over the assessment period. Countries of North America such as Canada and U.S. are among the prominent contributors in the regional HASE market growth and are estimated to see a significant demand for HASE over the forecast period, 2017 to 2023. U.S accounted for the largest regional market share and is expected to grow with the average CAGR on account of growth in pharmaceutical sector.

The Asia Pacific region is expected to grow with the highest CAGR during the forecast period, (2017 to 2023) due to expansion of numerous end use industries such as paints & coatings, cosmetics & personal care, adhesive & sealants, and industrial & household cleaning among others. The demand for Hydrophobically Modified Alkali Swellable Emulsion are expected to surge in various countries of Asia Pacific such as China, India, Malaysia, Japan, and Vietnam on account of growing automotive, building & construction sector. China and India are expected to hold the major volume share and will continue their dominance on account of growing purchasing power, availability of low cost raw material for various products, ease in availability of labor & land, and soberly stringent regulatory framework. Latin American countries such as Brazil and Colombia are expected to witness moderate growth due to rising consumer spending on cosmetic products coupled with the presence of major cosmetic brands. The HASE market in the Middle East & Africa is expected to witness a significant growth due to rising construction sector.

Who are the key players in the Hydrophobically Modified Alkali Swellable Emulsion Market?