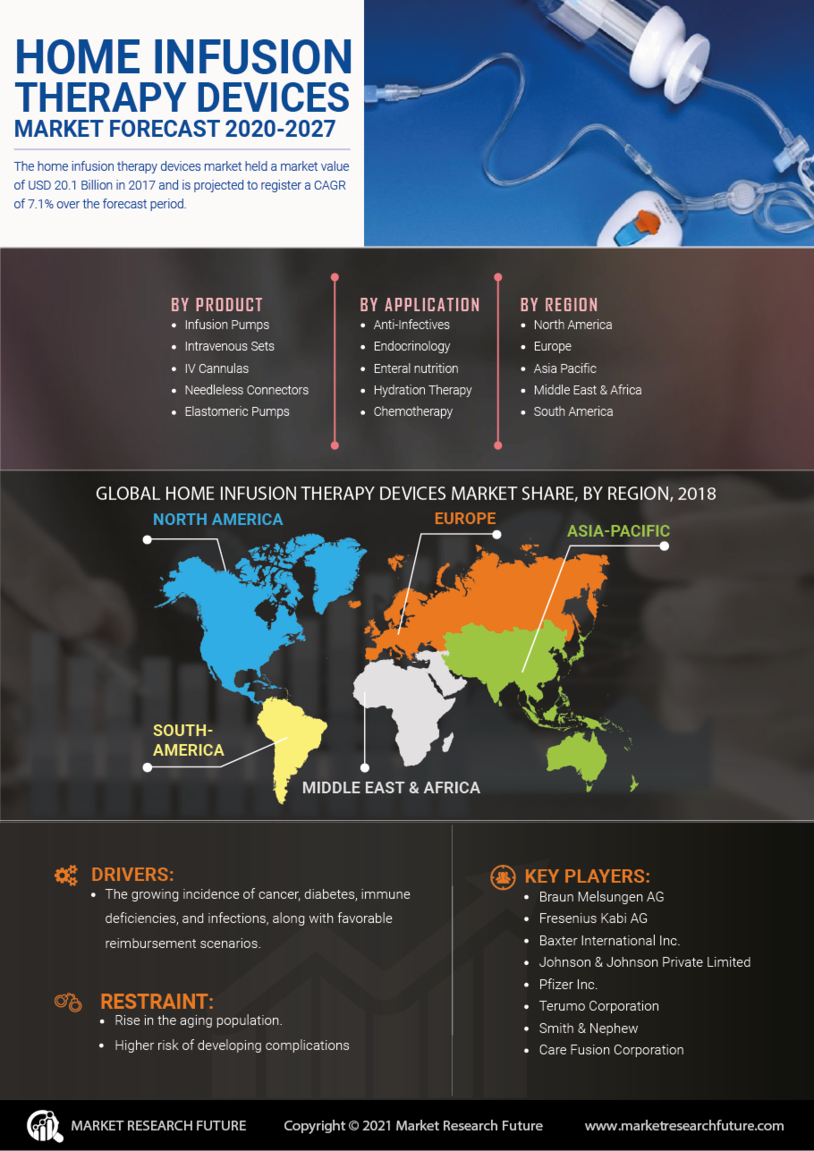 Additionally, the growing incidence of cancer, diabetes, immune deficiencies, and infections, along with favorable reimbursement scenarios, is driving the growth of the market. For instance, according to the United Nations, the older population is likely to reach 425 million by 2050. This rise in the aging population will lead to a rise in home care as this population is highly prone to various chronic disorders and is at a higher risk of developing complications which are also likely to drive the market.

However, lack of trained manpower along with vast product recalls and lack of standard usage guidelines are the key factors limiting the growth of the market.

The home infusion therapy devices market has been segmented into product and application.

By product, the market has been segmented into infusion pumps, intravenous sets, IV cannulas, needleless connectors, elastomeric pumps, and others. The intravenous sets segment is expected to register the highest CAGR during the forecast period due to growing demand.

On the basis of application, the market has been segmented into anti-infectives, endocrinology, enteral nutrition, chemotherapy, hydration therapy, parenteral infusion, and others. 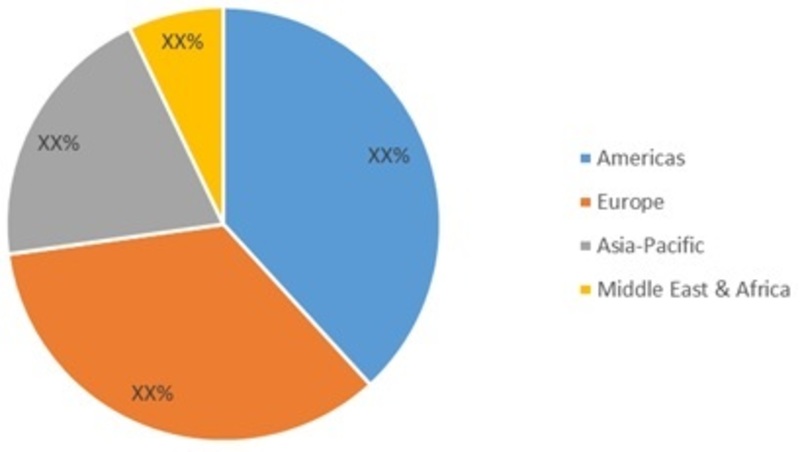 The Americas is the market leader and has an attractive market for home infusion therapy devices owing to the increasing prevalence of cardiovascular, neurological, and infections pertaining to the rising geriatric population, which is a major trigger factor. For instance, according to the US Census Bureau, in 2016, around 49.2 million residents were aged 65 and above. This huge older population led to over 15.2% of the total population, which is likely to drive the market.

Additionally, according to the Canadian Cancer Society, in 2017, an estimated 206,200 new cases of cancer and 80,800 deaths occurred in Canada. This huge older population and increasing cases of cancer are driving the home infusion devices market. Furthermore, the Americas is witnessing rampant advancements in technology, and increasing government initiatives, and funding for research in the medical devices sector is driving the market growth.

Europe accounts for the second largest market and holds a healthy share in the home infusion therapy devices market due to major driving factors like availability of advanced treatment facilities, increasing healthcare expenditure, and flourishing medical device industry due to the presence of major market players. Additionally, the rising prevalence of chronic disorders such as cardiovascular disorders, neurological disorders, among other disorders, is driving the growth of the market. Additionally, rising surgical procedures is driving the growth as home care is required after surgical procedures. According to the National Health Service (NHS), surgery is the most important treatment offered by the NHS in secondary care within the UK. Furthermore, in 2015, NHS estimated that there were around 4.7 million surgical admissions in England, out of which 1.3 million procedures were for general surgery and around 1.2 million procedures were for trauma and orthopedics.

Asia Pacific is expected to be the fastest growing market, owing to the huge patient pool, a faster adaptation of healthcare technology, government initiatives to increase the healthcare quality, and availability of favorable insurance policies. Moreover, due to lower cost of clinical trials, research key players have been setting up their regional headquarters and manufacturing plants in Singapore, China, Japan, Korea, and Australia which make a positive growth curve in home infusion therapy devices market in future.

The Middle East & Africa is expected to show the least growth in the market due to some major factors such as lack of awareness, limited access, and availability of treatment facilities. In the Middle East, the United Arab Emirates and Saudi Arabia is the largest market share owing to the development of the healthcare industry and the rising availability of specialty care centers.

At what CAGR is the home infusion therapy devices market projected to grow during the forecast period?

Which region is predicted to lead the home infusion therapy devices market?

The Americas is predicted to lead the home infusion therapy devices market.

Who are the leading players profiled in the home infusion therapy devices market?

What are the specific strategies adopted by industry players to create a foothold in the home infusion therapy devices market?