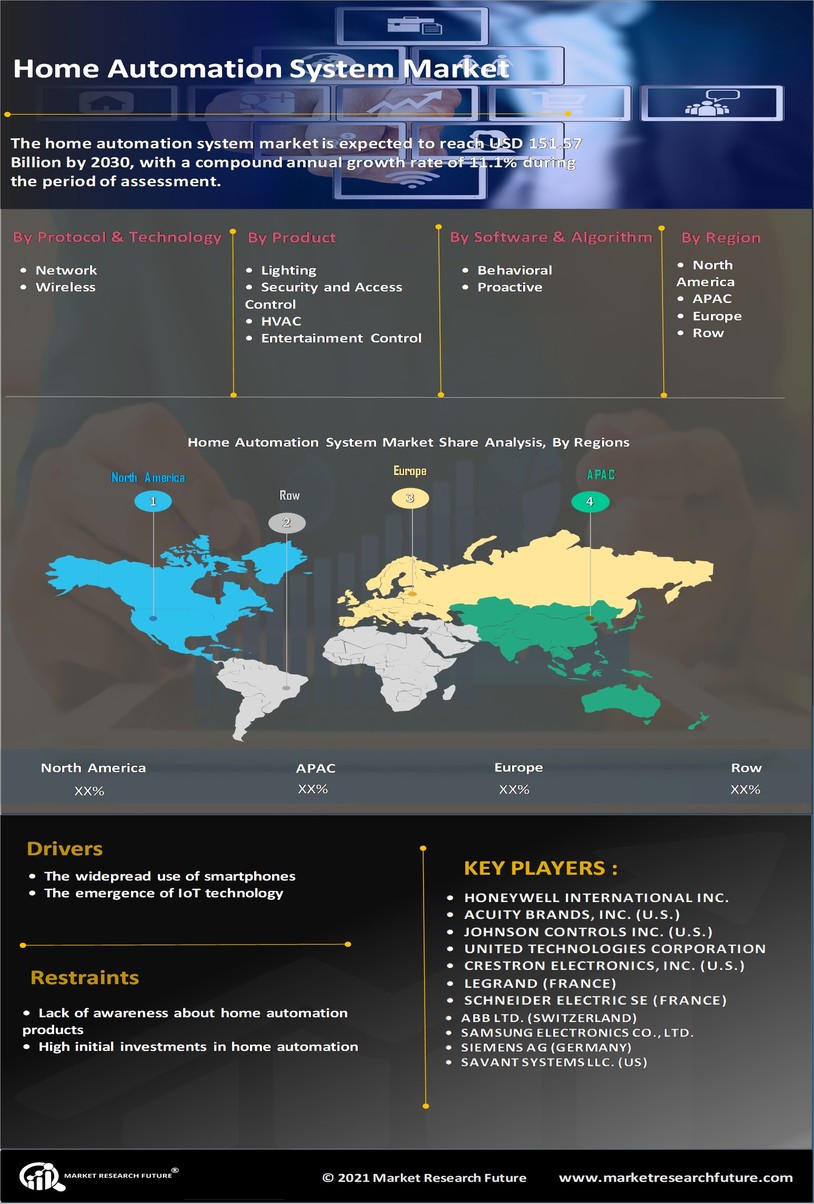 Home Automation System Market Size was valued at USD 65200 million in 2021. The Home Automation System market industry is projected to grow from USD 72437.2 Billion in 2022 to USD 151342.20 billion by 2030, exhibiting a compound annual growth rate (CAGR) of 4.72% during the forecast period (2022 - 2030). Consumer Interest in Smart Home Technology is Growing, and technology development is the key market driver enhancing market growth.

One of the main factors influencing the adoption of home automation systems is the rise in homeownership. The vast majority of people who purchase new homes are millennials. In the U.S., millennials made up 38% of all home purchasers in March 2020, according to the National Association of REALTORS. Additionally, millennials are the demographic that invests the most in home automation technology. As a result, this population segment has a very high acceptance rate for home automation systems. Home automation systems are widely used in houses in these areas. Technological improvements and growing public awareness of the advantages of smart home technology have increased the functionality of security systems, allowing for more flexibility and convenience while also enhancing customer safety. The purchasing of home automation systems is anticipated to be constrained by the need for more homeownership among generation Z purchasers. This group is spending money on do-it-yourself, inexpensive Home Automation System solutions. 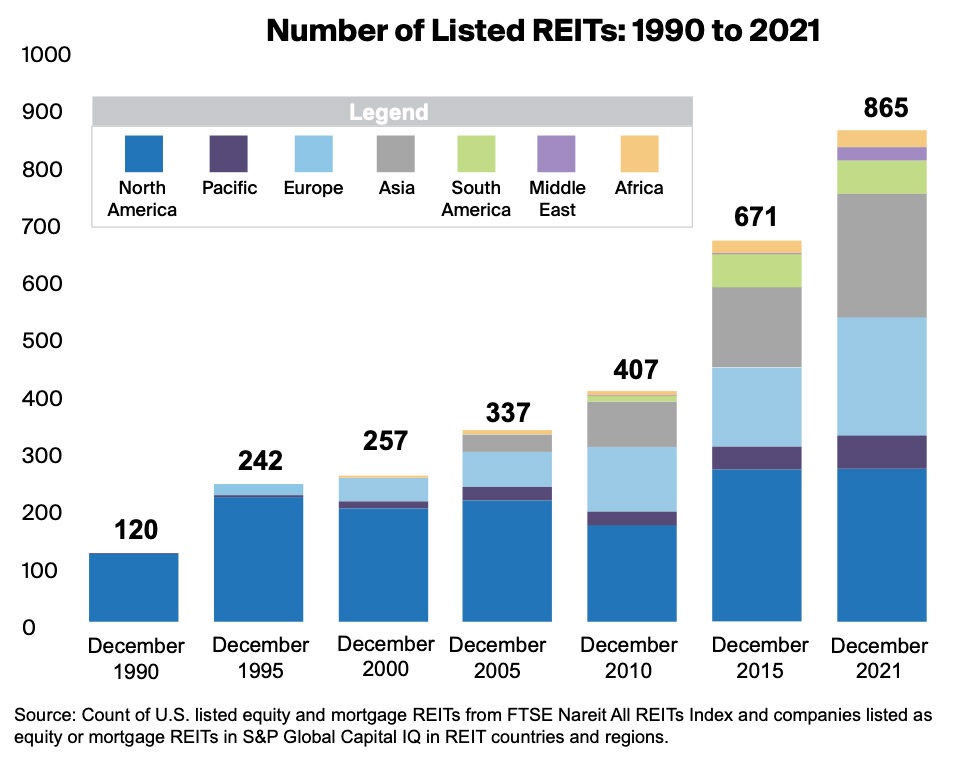 Growing Consumer Interest in Smart Home Technology Will Fuel the Home Automation System Expansion Market. Across many industries, smart technology is expanding exponentially. The home automation system is being explored and transformed in important ways by smart property technologies. Automation was formerly understood to mean operating equipment and appliances over internet networks. Automation is becoming smarter, though, due to the development of smart technology, including self-diagnosing gadgets, smart security, smart entertainment, sophisticated self-health care, and smart kitchens, among others. The use of smart devices to integrate cutting-edge technologies like artificial intelligence, machine learning, and the internet of things (IoT) to increase automation capabilities. Nearly 87.7 million Americans were using smart speakers in January 2020, according to a Voicebot.ai poll. Users' preferences are shifting in favor of automating tasks using voice commands, as seen by the sharp increase in smart speaker use. Similar to this, it is anticipated that the growth of the property automation market will be fueled by the increasing adoption of smart lodging functionalities such as smart T.V., light automation, face recognition doorbells, smart cookware, smart nursery, automated sprinklers, video monitoring, and more. Therefore, such factors drive the Home Automation System market revenue growth.

The home automation system market segmentation, based on Software & algorithms, includes Behavioural and Proactive. In 2021, the proactive sector had the bulk of the market. The end users of proactive Software and algorithms receive data on energy use and a greater sense of responsibility for the actions that should be taken in response to the information received. This kind may transport more data than a behavioral system. It offers the end user suggestions for efficient energy consumption, behavior, and personal preferences. The proactive type's algorithms can also compare consumption trends depending on the day of the week, previous data, and weather conditions. Therefore, such factors drive the growth of the market of Home Automation Systems.

By Region, the study provides market insights into North America, Europe, Asia-Pacific and the Rest of the World. The North America Home, Automation System market accounted for USD 28.16 billion in 2021 and is expected to exhibit a significant CAGR growth during the study period. North America Home Automation System Market has become a dominant region. The need for smart technology is driven by the Region's propensity for cutting-edge technologies like artificial intelligence and the internet of things, as well as more disposable income. Numerous firms, including Boca Raton, Sense, and CUJO AI, are growing in the area and helping the market. According to the Berg Insight research, the installation of smart property systems grew by 28.5% in North America in 2019.

Major market players are investing a lot of money in R&D to expand their product portfolios, which will spur further market growth for the home automation system industry. With significant industry changes, including new product releases, contractual agreements, mergers and acquisitions, increased investments, and collaboration with other organizations, market participants are also undertaking various strategic activities to expand their presence. Home automation system industry competitors must provide affordable products if they want to grow and thrive in a field that is becoming more and more competitive.

Legrand is a French manufacturing company with roots in the Limousin region's Limoges. It is a leader in linked solutions for electrical and digital building infrastructures. Focal Point (US), a manufacturer of architectural lighting for non-residential buildings, was purchased by Legrand in February 2020. Legrand's position as the industry leader in lighting control solutions for both residential and commercial product offerings in the U.S. will be strengthened by this purchase.

With its headquarters in Munich and branch offices worldwide, Siemens AG is a German multinational conglomerate business and the biggest industrial manufacturing enterprise in Europe. The U.S. firm Pixeom will be acquired by Siemens, the German industrial juggernaut, for an unknown price to boost its industrial automation, digitalization division, and smart home automation.

Key Companies in the Home Automation System market include

How much is the Home Automation System market?

The Home Automation System market size was valued at USD 65.2 Billion in 2021.

What is the growth rate of the Home Automation System market?

Which Region held the largest market share in the Home Automation System market?

North America Home Automation System had the largest share of the market.

Who are the key players in the Home Automation System market?

The wireless Home Automation System category dominated the market in 2021.

Which Software & algorithm had the largest market share in the Home Automation System market?

The proactive Home Automation System had the largest share of the market.