Global Glyoxal Market by Application (Paper, Cross-Linking Polymer, Sulfur Scavenger, Wood Hardening and Others), by End Use (Oil & Gas, Paper Packaging, Leather, Textiles, Cosmetics, Furniture and Others) and by Region Forecast till 2030 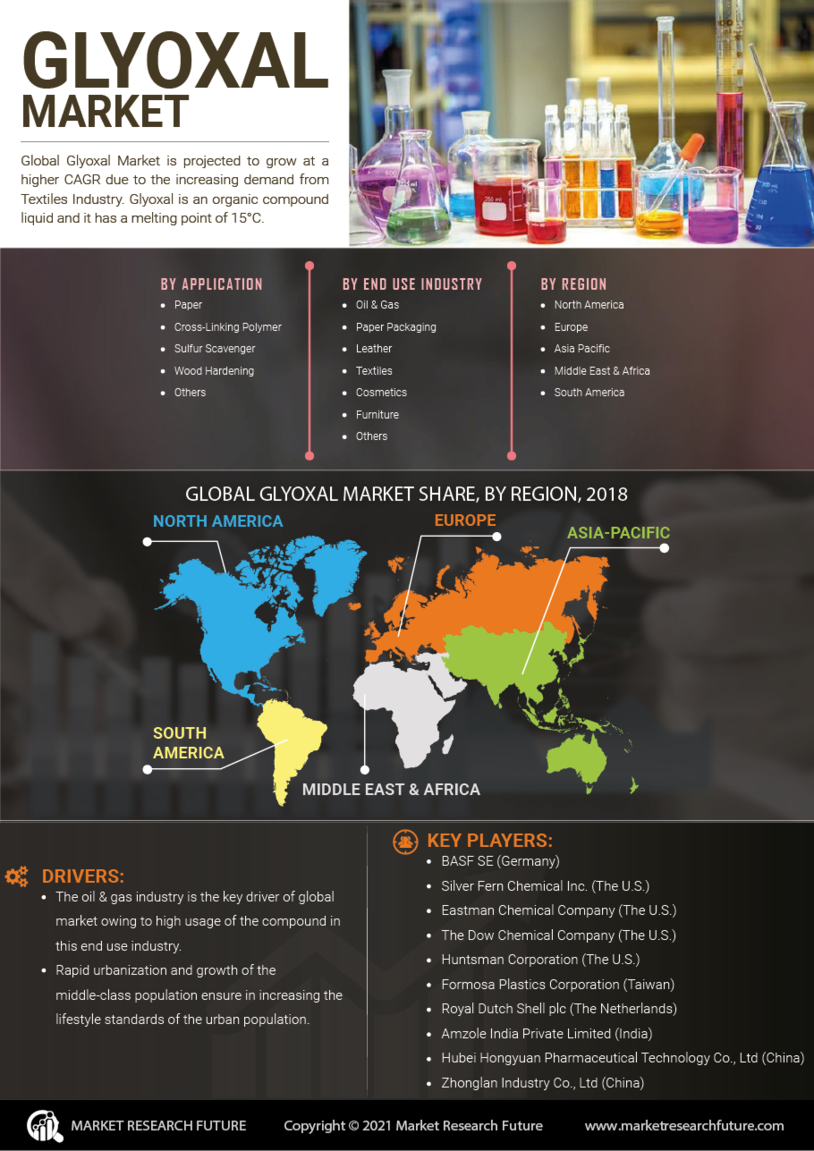 Glyoxal Market is projected to grow at a 5.20% CAGR due to the increasing demand from Textiles Industry.

Glyoxal Market Overview The Glyoxal Market Value is expected to grow at a CAGR of 5.20% due to the increased demand in the textiles industry during the forecast period. Glyoxal is a liquid organic substance with a melting point of 15 degrees Celsius. It is a crucial ingredient in organic synthesis processes because it can resist temperatures of up to 150°C. This molecule, on the other hand, is very unstable and polymerizes exothermically. Because glyoxal is easily biodegradable and environmentally acceptable, it has gained a large number of customers. As a result, end-use sectors such as oil and gas, paper packaging, leather, textiles, cosmetics, and furniture have gained access to the market. It is employed in the textile and leather tanning industries because of its good crosslinking polymer properties. It is utilized as a sulfur scavenger in the oil and gas industry to decrease corrosion and other related concerns. This substance is utilized as a cross-linking polymer in the cosmetics sector to increase the viscosity of emulsions. It is used in the wood industry to cover and preserve furniture from moisture. Because of these factors, it is estimated that the Glyoxal Market will develop at a faster CAGR over the forecast period. Because of the large utilization of the compound in this end-use industry, the oil & gas industry is a major driver of the global market. This protects the safety of process equipment. 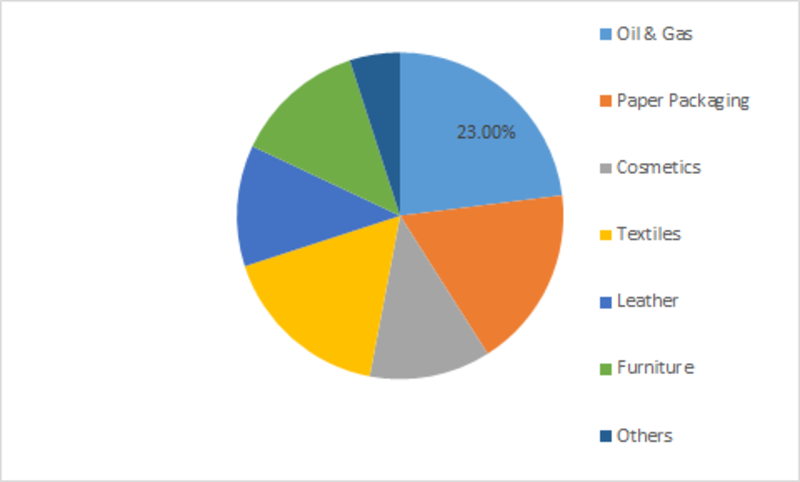 Asia Pacific is the leading market across the globe due to the increased usage of cross linking polymers in the textile industry and growing population. Many countries in this region are adopting a capitalistic ideology and balancing it with democracy. Additionally, paper packaging is replacing the usage of polymeric food packaging due to the environmental concerns. This region holds a major share of the global market and it is anticipated to grow at a higher CAGR due to the rising middle-class population. This middle-class population focuses more on improving their lifestyle by spending on food packaging, textiles, and oil & gas industries end products.

Increasing oil consumption in North America to meet the requirements of energy in various sectors has consequently opened up the market for petroleum secondary consumer products such as Glyoxal which is used as a sulfur scavenging agent in the oil & gas industry. Due to the high human development index of North American countries, the industries are expecting a focus on textiles, cosmetics, and food packaging, which are required to enhance the living standards of the people. Recent shale gas discovery in North America has thus increased the Global Glyoxal Market and simultaneously resolved the issue of raw material imports. They can facilitate their own raw materials without importing them from other countries.

In European countries like the UK, Spain, Italy, and other countries, changing the lifestyle of people and increasing the standard of living had also driven the demand for Glyoxal Market in these developed countries. As Glyoxal is used for the decreasing intake of water in crosslinking cellulose and also as an anti-wrinkling agent for the textiles, it is anticipated to boost the growth of this region. Therefore, there is a chance for the textile industry to grow at a higher CAGR over the forecast period.

In the Middle East region, countries like the U.A.E, and Saudi Arabia has positioned themselves as a travel & tourism industry center. Additionally, there are new proposed construction projects in the forecast period. It is anticipated that as there is growing demand for Glyoxal in this region, setting up new capacities in the forecast period will ensure growth of Glyoxal Market in this region.

After the 2009 recession crisis, Latin American countries are picking up the market trend slowly. As a consequence of the crisis, domestic prices continue to rise up in this region. People will be looking for economic stability and also consumer spending will be least expected in the forecast period.

At what CAGR is the Glyoxal Market predicted to grow during the forecast period?

What is the forecast period of Glyoxal Market research report?

The forecast period for Glyoxal Market research report is 2020-2030.

Which region will lead the global Glyoxal Market?

What are the key factors driving the Glyoxal Market?

Rapid urbanization and growth of the middle-class population ensure in increasing the lifestyle standards of the urban population.

What are the key factors driving the Glyoxal Market?

Global Glyoxal Market is projected to grow at a higher CAGR due to the increasing demand from Tex...