The global gaming laptop market is expected to grow USD 21.35 Billion at a CAGR of approximately 1.3% during the forecast period 2020-2030.

Globally, the size of the Gaming Laptop Market is set to grow at a CAGR of 1.3% to hit USD 21.35 Billion by 2030 driven by the growing demand for gaming laptops among youths and professional gamers.

The gaming laptop market is one of the fastest growing that comprises advanced technologies. One such trend in the gaming market is the increasing adoption of VR headsets. VR provides a simulated environment through the combination of VR hardware and software which offers a life-like an experience to users.

Technology giants such as Acer Inc. (Taiwan), AsusTek Computer Inc. (Taiwan), Dell Inc. (U.S.), MSI (Taiwan), ORIGIN PC (U.S.), AORUS (Taiwan), Clevo (Taiwan), EVGA Corporation (U.S.). Acer Inc. a prominent player in the gaming laptop market has launched its latest gaming laptop in India, named the Predator Triton 700. An ultrathin offering, the notebook is powered by a seventh-generation Intel Core i7-7700HQ processor, Nvidia GeForce GTX 1080 GPU, and will be available in India. ORIGIN PC, a key player in the gaming laptop market has designed the latest generation of Intel Core desktop processors and NVIDIA GeForce GTX graphics that let you handle a large range of demanding tasks including the latest games, video editing, and 3D modeling. With Intel’s multi-core technology users can run games, applications, and multimedia at full efficiency all at once, taking multitasking to the next level. The laptop model such as EON15-X, EON17-X, and EON17-SLX support desktop Intel Core processors and desktop NVIDIA GeForce GTX graphics cards, allowing it to perform similarly to their desktop counterparts. Users can turn the power up with professional overclocking for the CPU and GPU from trained and experienced technicians to get the most out of EON laptops.

The major factor driving the growth of the gaming laptop market is the increasing adoption of the internet has led to the development and commercialization of gaming. Other factors such as gaming laptops are portable personal computers that are designed to play video games as an alternative to gaming consoles. They are mainly purchased by users who are game enthusiasts and are either hardcore gamers or professional gamers. 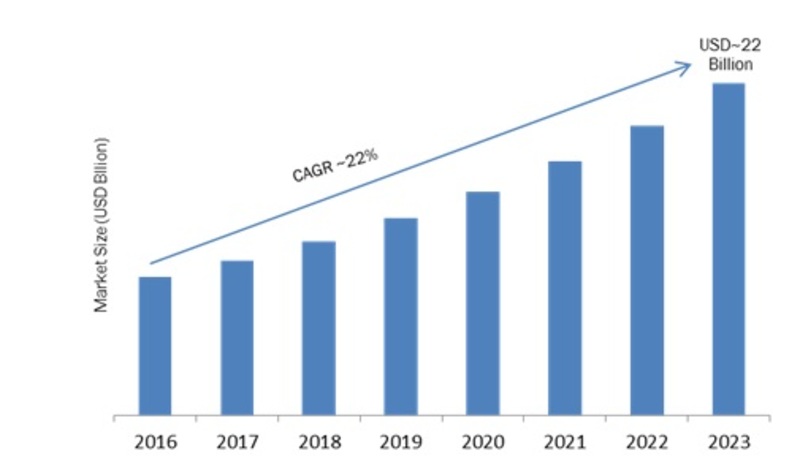 The global gaming laptop market is studied for Asia Pacific, North America, Europe, and the Rest of the World. It has been observed that the North American region accounts for the largest share of the global gaming laptop market. Owing to the presence of numerous gamers in developed countries such as the US, Mexico, New York, and others. Further, the growth of the gaming market in the region is due to the increased spending capability of the population and an increase in a number of hardcore gamers in countries such as Brazil and Mexico. The APAC market is expected to be the fastest growing owing to the presence of major laptop manufacturing players from developing nations such as China, Taiwan, South Korea, and India.

1. How big is the gaming laptop market?

2. Which key player in the region of India is leading with increasing market share for gaming laptop?

The key players leading in the region of India for the global gaming laptop is Acer Inc. It has been a prominent player after it launched its latest gaming laptop, ‘The Predator Triton 700’.

The increasing adoption of the internet is considered to be the most influential key factors driving the market’s growth.

4. What is the critical trend influencing the gaming laptop market?

It is the increasing adoption of VR handsets that is snowballing the global market of gaming laptops in the current time.

Gaming Laptop Market is estimated to grow at a CAGR of approximately 22% during the forecast peri...