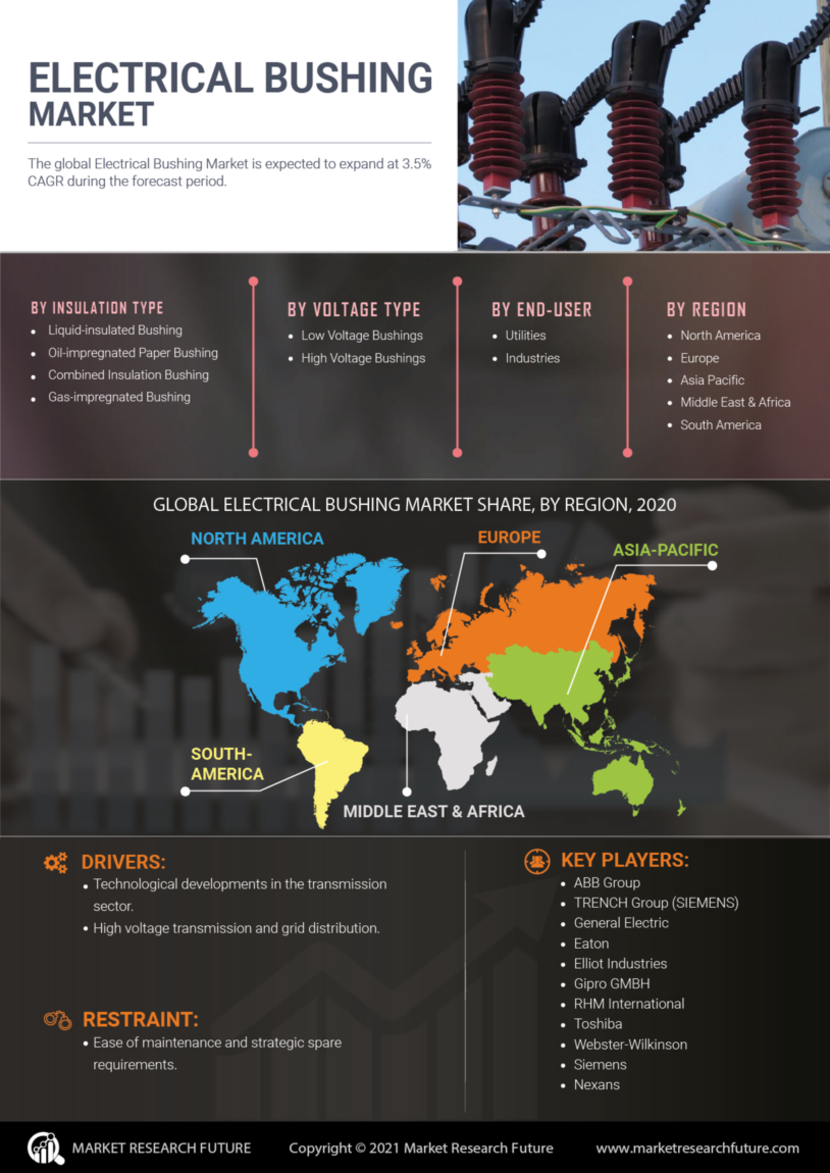 Electrical bushing market is expected to expand at 3.5% CAGR during the forecast period.

Many countries are now investing in grid expansion projects in order to increase the distribution capacity, which can be the driving factor for the global electrical bushing market. Technological developments in the transmission sector has increased over the period has resulted growth in this market. Moreover, use of ANSI/IEEE Standard, so the composition and design are very effective in high voltage transmission and grid distribution which is driving factor for global electrical bushing market. The main concern in oil-impregnated paper (OIP) bushing is the risk of fire and moisture in enviroment which can be major concern. Non-standardized dimensional requirements in terms of ease of maintenance and strategic spare requirements is major restrain in electrical bushing market.

In most of the countries with the increase in focus of electricity generation the power sector to remain prominent during the forecast period. Asia-pacific region held the highest market share and expect to dominate the market during the forecast period 2018-2023. Expansion of rail projects in China has gain boost in economic growth in transformer bushing market. Asian countries are also gaining momentum in electricity infrastructure has resulted growth in electrical bushing market.

The global Electrical bushing market has been segmented based on insulation type, voltage type, end-user type and region. On the basis of insulation type, the market is segmented as liquid-insulated bushing, oil-impregnated paper bushing, combined insulation bushing, gas-impregnated bushing and others. oil-impregnated paper bushing segment had been dominating the market due to high voltage capability. On the basis of voltage type, the market is segmented as Low voltage bushings, High voltage bushings. High voltage bushings had a larger market share in the year 2017 and is expected to dominate the global Electrical bushing market during the forecast period as high-power rating and stability in transmission. On the basis of End-User, the market is segmented as Utilities, Industries and others. Utilities segment dominates the global Electrical bushing market as it has multiple uses in transformers and circuit breaker. 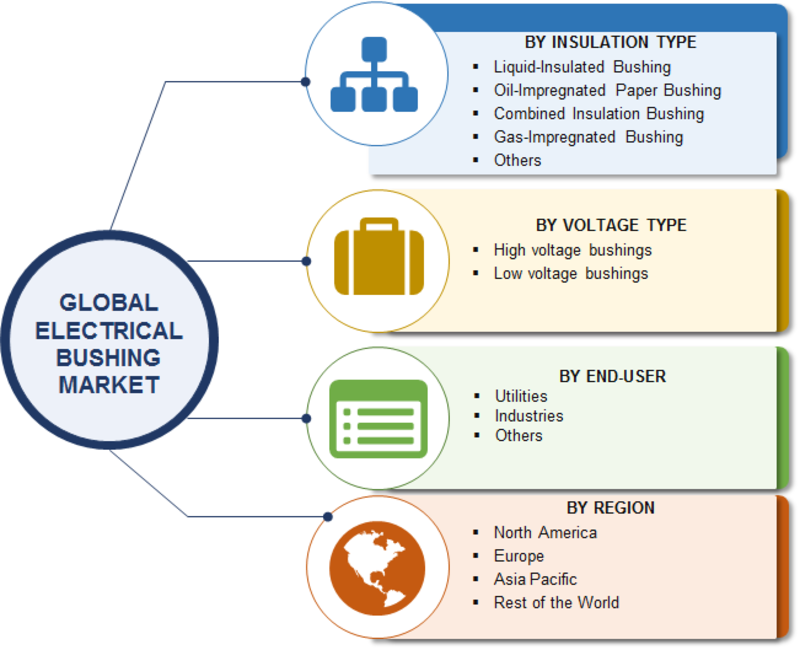 Electrical bushings are insulated devices which allow electric conductor to pass safely through grounded conductor barrier such as transformer or circuit breaker. Electrical bushings are mostly made of porcelain, Paper and resin insulation. These bushes maily reduces the stress in the electric field thus producing no harm to the electric insulator. Bushes are capable to withstand high voltage which is created when it passes through ground i.e electric field . Basically bushing are divided on the basis of voltage, for the voltage which are upto 100kv low voltage bushing i.e porcelain bushings are used and voltage upto 800kv high voltage bushings i.e condenser bushings are capable to protect the high voltage extention lines from current leakage and eletrical spark.

To strengthen the power supply in urban and growing in rural areas, Indian transformer bushing market is anticipated to gain healthy growth due to support by government in electric infrastructure.  In Latin America, Brazil is foremost electricity market and in the coming years electric power sector is expected to receive significant investments during the forecast period. Europe and North America region are likely to trigger the demand for transformer bushings as increase in renewable energy projects.

At what CAGR can the electrical bushing market surge?

The electrical bushing market can surge at 3.5% CAGR in the review period.

What is the estimated valuation for the electrical bushing market?

The electrical bushing market can touch high valuation by the end of the study period.

Who are key players of the electrical bushing market?

Elliot Industries, RHM International, Gipro GMBH, Webster-Wilkinson, and Toshiba are some key players of the global market of electrical bushing.

What are the electrical bushing market drivers?

What is the regional analysis of the electrical bushing market?

The electrical bushing market health in North America is expected to improve due to high investment made by governments in electric infrastructure.

Electrical Bushing Market Is Predicted To Grow More Than 3.5% By 2027