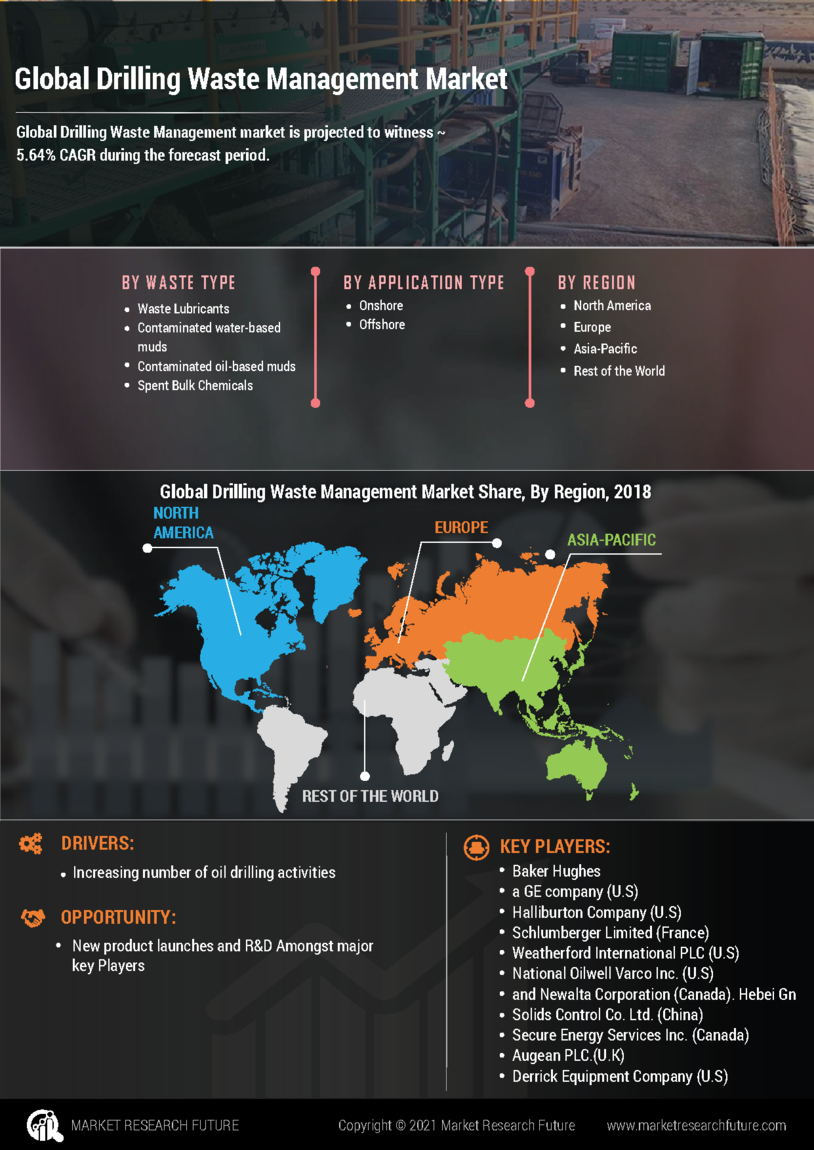 Drilling Waste Management market is projected to witness ~ 5.64% CAGR during the forecast period.

The drilling waste management market is segmented on the basis of waste type as waste lubricants, contaminated water-based muds, contaminated oil-based muds, spent bulk chemicals, and others. Most of these waste types have possible environmentally harmful constituents such as heavy metals, organics, aromatic hydrocarbons, inorganic salts. These materials have the potential to impact the environment negatively.

The drilling waste management market is further segmented by service type, which includes treatment & disposal, solids control and containment & handling services. Most of the drilling waste management services are covered by treatment & disposal services, which has the largest market share and includes process such as onsite burial (pits and landfills), land farming, land spreading, bioremediation, thermal treatment, and slurry injection among others.  On the other hand, solid control services are occupying the second largest market share.

The key players in the global drilling waste management market are- 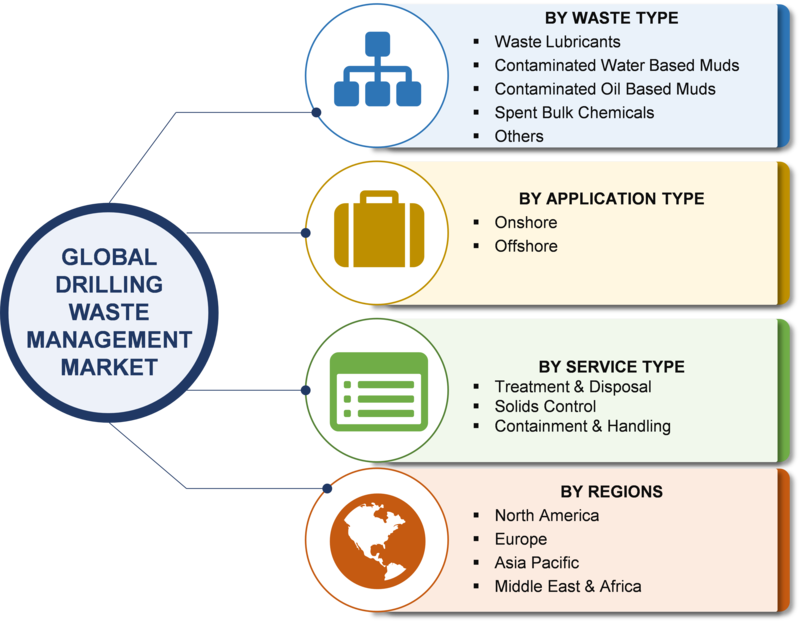 Oil is among one of the most important natural resources. The production of oil from oil wells generally adds to drilling waste, which incidentally is a major source of pollution. The oil production process generates many types of wastes, which can have severe impacts on the environment and major oil players are continuously looking into ways of disposing these wastes. As the technology evolved, there have been significant developments in drilling waste management technologies. Less waste generation technologies such as directional drilling, slim-hole drilling, coil-tubing drilling and pneumatic drilling have been implemented over the last few decades but traditional drilling operations still prevail in many locations. On the other hand, all activities involved in oil & gas supply chain such as oil & gas exploration, production, storage and transportation involve the generation of waste and has potential risk to the environment.

What is the CAGR recorded by the market?

Which regions are leading the market?

Name the top key players of the market.

Which region is the largest growing market?

The Europe region is the second largest growing market.