Please note that the assessment period of report has been updated from 2017-2027 to 2020-2027. Cordially fill the sample form for updated data. 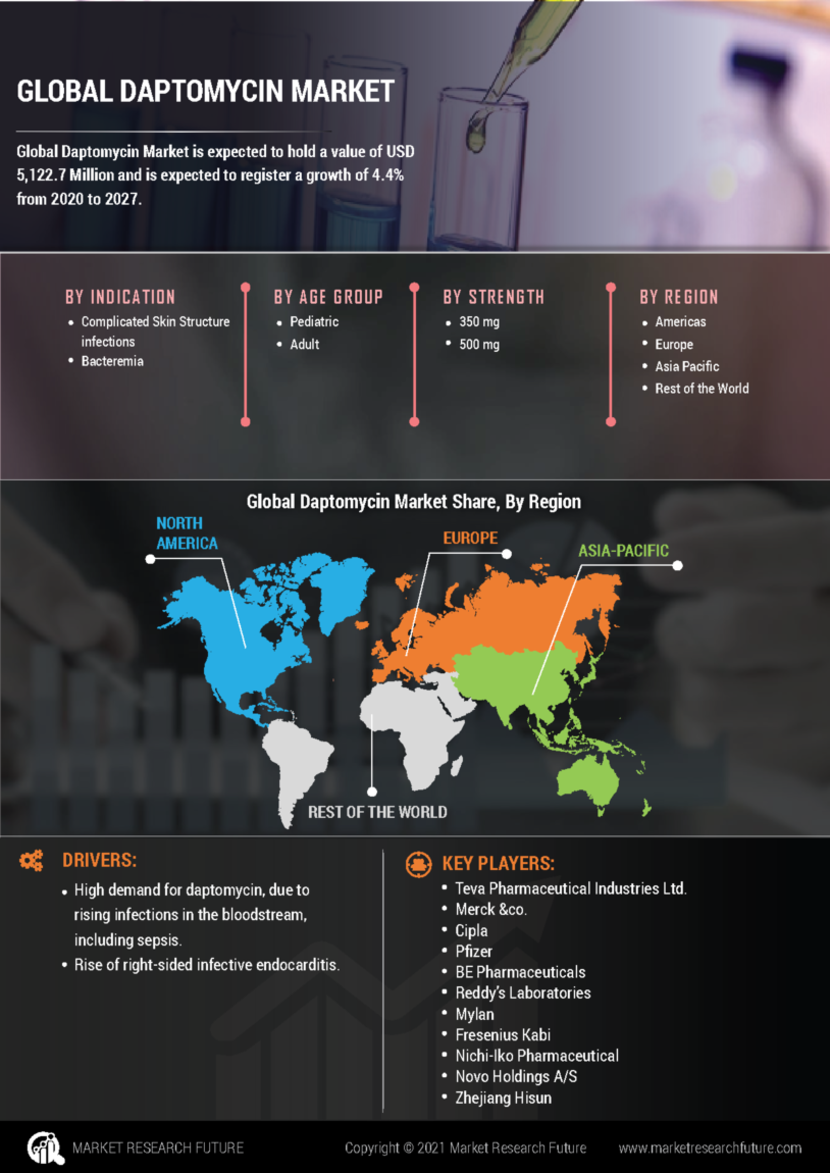 Daptomycin is a naturally occurring lipopeptide antibiotic that kills susceptible gram-positive bacteria by disrupting their membrane potential. It is found in the soil bacterium Streptomyces rose sports. Antibiotics are used in the treatment of infections caused by bacteria. They work by killing bacteria or by preventing their growth.

Increasing complicated skin and skin structure infections, rising infections in the right bloodstream, and including right-sided infective endocarditis are the key factors that are expected to drive the market growth. Moreover, bacteremia, an antibacterial drug, a bacterial metabolite, and a member of calcium-dependent antibiotics are also expected to boost the market growth.

The rise in complicated skin and skin infections lead to increased demand for daptomycin.

What is the CAGR of the Daptomycin Market?

What is Daptomycin Market Valuation?

Who are Daptomycin Market key players?

What can drive the Daptomycin Market?

Surge in cases of blood infection can drive the Daptomycin Market.

What can restrain the Daptomycin Market?

Reluctance to used new drugs by physicians can hinder the Daptomycin Market rise.

Daptomycin Market: High Demand For Daptomycin, Due To The Rise Of Complicated Skin And Skin Struc...