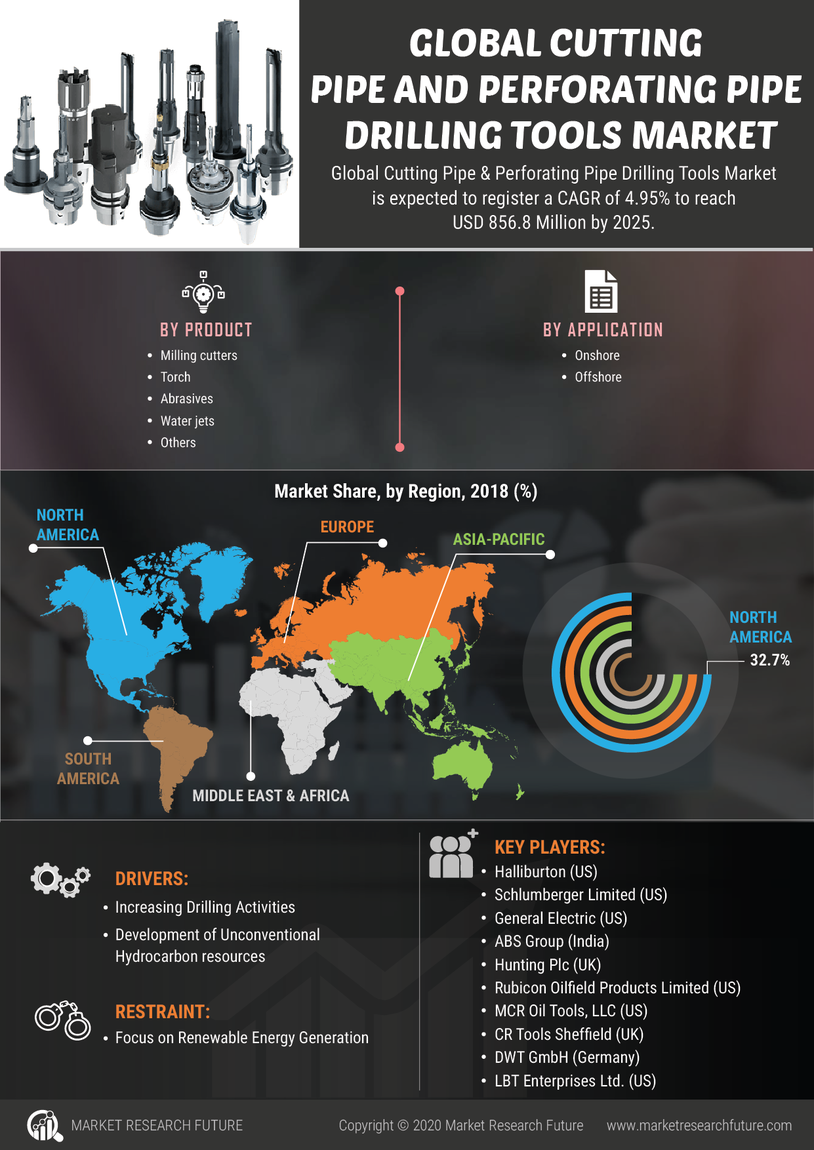 Cutting Pipe Perforating Pipe Drilling Tools Market is expected to rise at a CAGR of 4%, with a value of USD 8.02 billion over the projected 2022-2030.

The global Cutting Pipe and Perforating Pipe Drilling Tools Market has been expected to rise at a CAGR of 4%, with a value of USD 8.02 billion over the projected 2022-2030.

The emphasis on innovation is estimated to rise in the coming years, as consumer needs have to be addressed better to ensure the resurgence of the global market. Also, the need to encourage businesses to include the environmental impact of their decisions is estimated to shape the development of the market in future. The need to mitigate losses sustained by the current public health crisis is estimated to be the sole focus of the market contenders in the upcoming years. The capability of contenders to influence change in the market is increasing at a stable rate in the impending period. The support from government bodies worldwide is rising because the market needs an extra stimulus to achieve normalcy in such a scenario.

The rising global demand for power is leading to the conventional oil and gas reserve depletion, resulting in the increased E&P of shale gas and other unconventional resources. Moreover, the technological advancements in the drilling activities lead to a rise in the E&P of oil and gas from unconventional hydrocarbon resources across the world. According to the US Energy Information Administration (EIA), the global production of natural gas from shale resources is expected to reach 168 billion cubic feet per day (Bcf/d) by 2040.Additionally, shale gas production is projected to account for 30% of the global natural gas production by the end of 2040. As the authorities in various countries across the world, such as the US, India, and Saudi Arabia, are planning to reduce dependence on conventional fuels, the production of shale gas. For instance, as per US EIA, the US, Mexico, Canada, Argentina, China, and Algeria are expected to have a share of 70% of the total shale production by 2040, globally. Moreover, in the US, the companies in the oil & gas industry aim to increase shale production to 79 Bcf/d by 2040 from 37 Bcf/d recorded in 2015, contributing to nearly 70% of the total production of natural gas in the US. As the conventional oil and gas resources are depleting, stakeholders in the oil & gas industry are seeking opportunities to explore unconventional hydrocarbon resources, which is expected to increase the demand for cutting pipe and perforating pipe drilling tools. 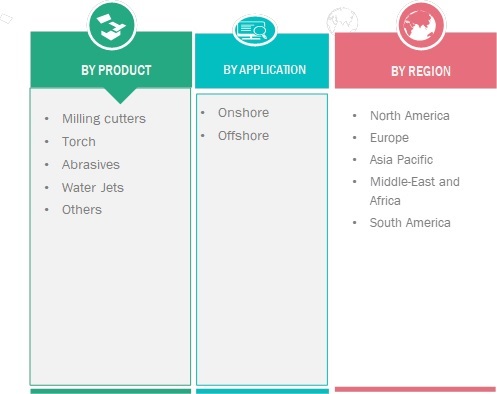 The report for the global cutting pipe and perforating pipe drilling tools market of Market Research Future research covers extensive primary research. This is accompanied by a detailed analysis of qualitative and quantitative aspects by various industry experts and key opinion leaders to gain deeper insights into the market and industry performance. The report gives a clear picture of the current market scenario, which includes the historic and forecasted market size, in terms of value and volume, technological advancement, macroeconomic, and governing factors of the market. The report provides comprehensive information about the strategies of the top companies in the industry, along with a broad study of the different market segments and regions.

What growth potential is estimated for the cutting pipe and perforating pipe drilling tools market in the forthcoming period?

An optimistic 4% CAGR level is forecasted for the global market in the approaching period.

Who are the top manufacturers in the cutting pipe and perforating pipe drilling tools market?

What are the drivers encouraging overall cutting pipe and perforating pipe drilling tools market advancement in the imminent period?

Growth in drilling activities is likely to induce further opportunities in the market.

What revenue potential is estimated from the cutting pipe and perforating pipe drilling tools market’s transactions in the years ahead?

An intensifying momentum in the revenue potential is foreseen in the upcoming period.

Which region is top the global cutting pipe and perforating pipe drilling tools market stake in the forecast period?

The majority market stake is under the control of the North American region in the forecast period.