Please note that the assessment period of report has been updated from 2018-2025 to 2020-2027. Cordially fill the sample form for updated data 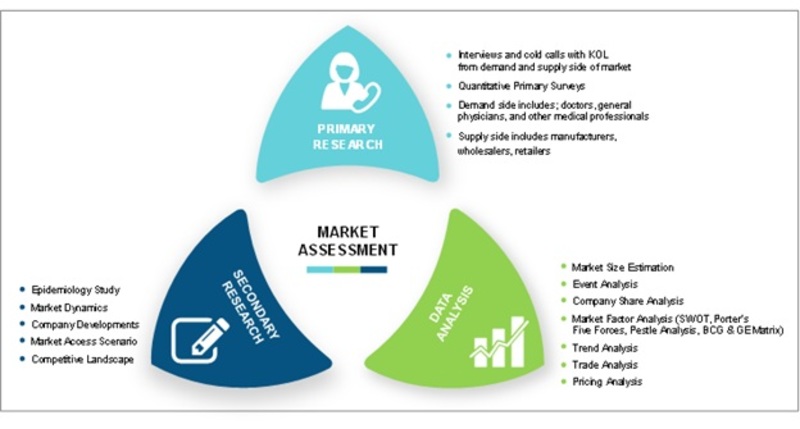 Biological computers, also known as DNA computers, are microcomputers designed for their use in the field of medicine. This implantable device can be used for various functions such as monitoring the activities of the body or inducing therapeutic effects. Hardware, software, input, and output are the four major components of a biological computer. These components are made of DNA, RNA and proteins. Biological computers are able to perform mathematical calculations that enable the researcher to construct a system of biosensors. This system of biosensors can detect or target specific types of cells such as cancer cells in the patient’s body.

Rising prevalence of cancer, and increasing demand for DNA or gene chips are some of the major factors driving the growth of this market across the globe. Furthermore, increasing healthcare expenditure and overall growth of the healthcare industry also influence the market growth. Splendid research in the field of oncology also boosts the market.

As per the report of the Centers for Disease Control and Prevention (CDC), in 2014, over 14.1 million of new cancer cases were registered worldwide.

The global biological computers market is expected to grow at a CAGR of 7.1% during the forecast period 2017-2023.

The global biological computers market is segmented on the basis of component, application, and end user.

On the basis of the component, market is segmented into hardware, software, input, and output.

On the basis of the application, the market is segmented into oncology, molecular genetics, nanobiotechnology, and others.

On the basis of the end user, the market is segmented into pharmaceutical & biotechnology companies, research centers, healthcare it companies, hospital & clinics, and others.

The Americas hold the first position in the biological computers market owing to the rising prevalence of cancer in the U.S., and increasing demand for new cancer diagnostic and treatment services. In the Americas, North America is the largest market owing to the presence of key players in the healthcare IT industry.

Europe is the second largest market for biological computers. In Europe, there is an increasing demand for healthcare IT solutions and extensive research and development activities is taking place by clinical research and academic institutes for cancer treatment. According to Cancer Research UK, in 2014, 356,860 new cases of cancer were reported, including 579 cases of bone cancer.

The market in Asia Pacific is expected to grow at the fastest pace and is driven by the high prevalence of chronic disease such as cancer, obesity, diabetes and other. India, China, and Japan are major contributors to the growth of the market. This growth is attributed to an increasing demand for technologically advanced medical devices and accessories such as gene chips for research activities. Availability of highly qualified medical professionals dedicated to research in biological systems is also a contributing factor. The various other factors affecting the growth of the market in Asia Pacific are rising geriatric population, demand for advanced therapies, government initiatives, and increasing public awareness about various diseases and the available treatments.

Additionally, healthcare spending in Asia Pacific expanded in 2016 due to an extension of state healthcare programs, and the increasing affluence of the population. Organization for Economic Co-operation and Development (ECOD) stated that growth in India will remain high at 7.3% in 2017.

What is the projected growth rate of the global biological computers market?

What are growth drivers of the global biological computers market?

Rising demand of gene chips for body monitoring and increasing prevalence of cancer are major drivers of the global biological computers market.

Which region dominated in the global biological computers market?

The Americas dominated the global biological computers market due to increasing number of cases of cancer.

Which region has the biggest latent potential?

Asia Pacific (APAC) has the highest potential for growth in the global biological computers market due to high prevalence of chronic diseases.

Name the notable players of the global biological computers market?

Biological Computers: Rising Prevalence Of Communicable Diseases Drives The Growth Of The Global ...