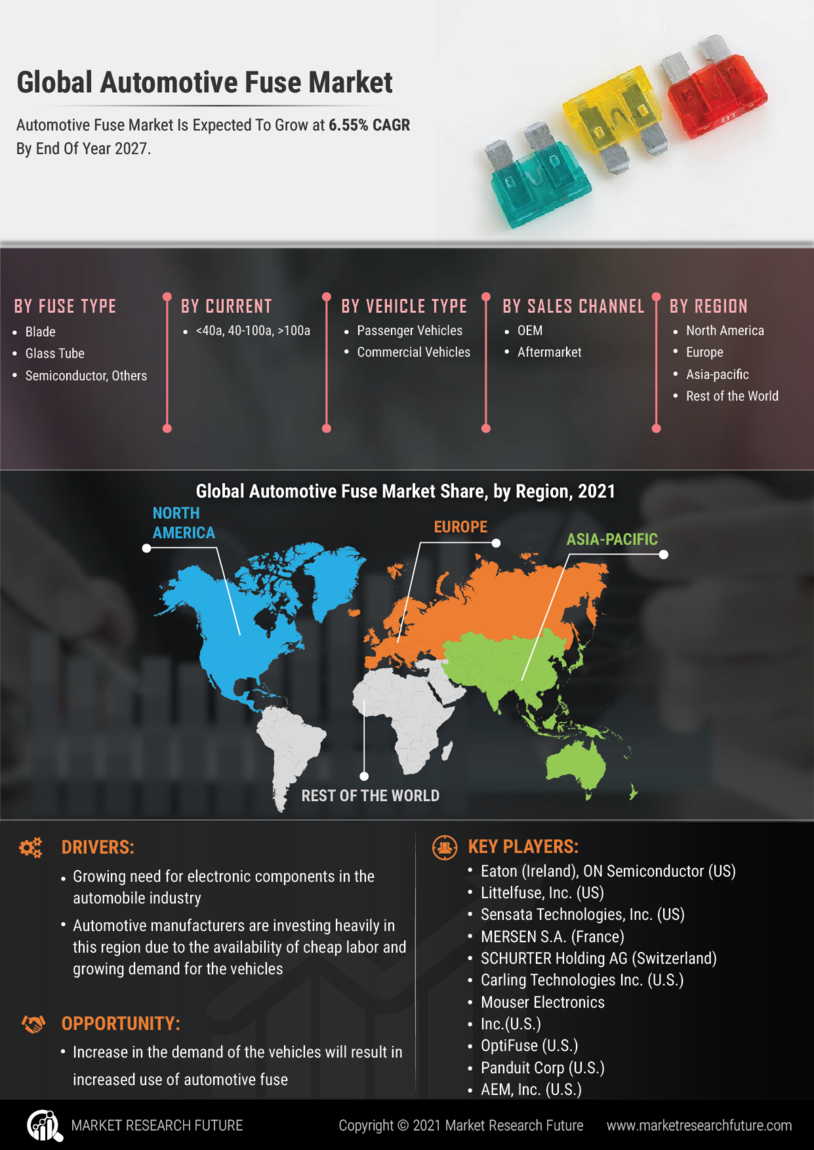 The automotive fuse market is undergoing a massive transformation that increases the memory size and physical interface options. These are broadly segmented into 2 types - NOR along with NAND. A serial can be understood as a NOR flash memory that is further bifurcated into types such as 32 MB, 8 MB, 4 M.B., and 1 M.B. Owing to their various features; these are going undergoing a massive demand and helping the market grow as per the prediction during the forecast period.

Most of the companies, production, and manufacturing units face issues and challenges brought in by the obnoxious spread of the COVID 19 pandemic. As a result, the serial NOR market is also one of the adversely affected markets of the economy. A significant impact because of the crisis is killing the opportunities for global market growth as there is an absence of raw materials, logistics, and a skilled workforce to comply with the supply to cater to the target audience's demand. Furthermore, most global companies are struggling to integrate the new NOR flash memory technology due to the work from the home scenario, which further disrupts the market equilibrium.

However, as per the opinions laid down by the industry leaders and experts, the impact of the pandemic on the global market operations is temporary. This is because the restrictions are being removed. Therefore, as there is an improvement in the situation, the demand and supply and the production unit of the flash memory market are expected to grow at a reasonable scale.


Over the recent years, there has been an increase in widespread use, resulting in an increase in the memory size and the physical interface options. This is rendering its help in computation and data storage applications. Also, there has been an enormous increase in electronic products like AMOLED panels alongside others like touch screens and display controllers. The ease and convenience offered are the major drivers that will lead the market towards growth by the end of the forecast period ending in 2027.


Traditional technology is fastly going out of trend. However, some of the prominent players in the market are still not willing or able to opt for the advancements that are happening and projected to happen during the forecast period. Also, the market still needs to invest in information campaigns and awareness programs to help the market players and target audience get the correct and first-hand information related to the market functioning, attributes, and prospects.


The market players and global competitors are being subject to rapid urbanization and technological advancements that back the futuristic growth of the market for the forecast period of 2021-2027. Furthermore, portable electronic devices are lightweight and help have a stable memory. Therefore, this trend is expecting a significant increase during the forecast period. Also, these market devices support everyday usage and are also purpose-built. Thus, promise good resource use, as well.

The automotive fuse market has been categorized all across the globe based on the following:

The automotive fuse market has been divided all across the globe based in the region into North American region, European region, Asia-Pacific region, Latin American region, and the Middle East and African region. However, the largest market share in the global market is held by the Asia-Pacific region owing to the presence of China as it holds 34% market share and hence dominates in the global market. Also, it is expected that the Chinese market will grow at a higher CAGR of 5.8% as it is the powerhouse of electronics.

The second-largest market share in the automotive fuse market all across the globe is held by the North American region owing to the presence of a well-established electronics market coupled with increasing initiatives taken by governments of various countries to drive the market demand in this region. As a result, the growth rate stands at 4.4%.

The European region holds the third-largest market share in the automotive fuse market all across the globe is held by the European region, owing to the presence of well-established technology infrastructure that drives the market demand.

The most negligible market share is held by the Latin American region and the Middle East snd African region due to inadequate infrastructure in both these regions.

The most prominent major key players in the automotive fuse market all across the globe are mentioned below:

The automotive fuse market is projected to grow at a CAGR of 6.84% during the forecast period, to reach USD 24.33 Billion by 2025 from USD 14.33 Billion in 2017. The market is estimated to grow shortly owing to various factors such as an increase in vehicle production, growing electrification, growing importance of safety & comfort features in mid-segment vehicles, which will lead to an increase in the number of fuses installed per vehicle and increase in the sale of electric & hybrid vehicles.

The study segments the automotive fuse market by battery capacity. The 75-150kWh fuse segment is estimated to be the largest due to the application of high-capacity batteries in regions like Asia Oceania. In terms of amperes, the study estimates 40-100A automotive fuse to showcase the most significant market during the forecast period since these fuses are used in engine-related electrical circuits, low voltage charge inlets, and low-power traction motor-related circuits.

This market research report contains factors that drive the growth of the automotive fuse market in the global market and the factors that restrict its growth in the global market during the period that ends in 2027. Finally, the future growth rate in the automotive fuse market during the forecasted period is estimated and mentioned.

At what CAGR can the automotive fuse market expand?

What is the estimated valuation for the automotive fuse market?

The automotive fuse market can value at considerably high valuation by 2027.

Who are the key players of the automotive fuse market?

What is the automotive fuse market segments by current?

What is the automotive fuse market driver?

The automotive fuse market is expected to capitalize on the growing need for electronic components in the automobile industry.