The Athleisure Market is anticipated to grow by 10.33 percent by 2028 and reach a value of USD 842.03 Billion. Athletic clothing worn in non-athletic environments is referred to as athleisure. Athleisure has evolved into a fashion trend of "athletic-look" sportswear or clothes created for workouts and other athletic pursuits, although it is no longer limited to training.

Demand for athleisure clothing is expected to rise as people's enthusiasm for sports, and outdoor recreational activities grow. Moreover, several companies specialize in specific sportswear product categories and provide customized gear best suited to individuals. Consumers have shown a willingness to spend more on sportswear with better features such as temperature controller, moisture management, and other performance-enhancing characteristics that reduce pain and potential injury. Development in consumer fitness and health consciousness is fueling demand for comfortable and trendy clothing, which is one of the key factors driving this trend.

Customer spending on athletic clothes and footwear has decreased as customers cut back or postpone discretionary purchases in reaction to the consequences of COVID-19, owing to better unemployment rates and weaker consumer confidence. Additionally, restricted operating hours, and social distancing rules all have an impact on market growth.

As a measure to limit the spread of coronavirus, various governments across the world restricted the gathering of more than ten people in a closed space, and many small to large manufacturers were ordered to shut their production facilities. Due to the urgent measures implemented across the globe, the sourcing of raw material was difficult. The procurement of raw materials became a cause of concern for the manufacturers owing to the impact of COVID-19 on logistics. To fight the pandemic, the whole world was under lockdown, and thus, there were some urgent measures taken by the government of various countries such as physical distancing and limitation on transportation to fight surge ability. The worldwide lockdown has certainly affected the production of athleisure products. Following state and regional guidelines, manufacturers have implemented extensive measures to protect the health and safety of their employees. Many global manufacturers temporarily closed their operations or limited the production capacity. Also, in the early period of crisis, manufacturers were majorly dependent on inventory. This scenario has also affected the manufacturers financially, and they are strategizing their operations to survive the pandemic with minimal losses.

With the stay-at-home dynamics, the demand for athleisure grew threefold during the pandemic. For instance, Yoga Democracy, a startup in Arizona, US, grew tenfold during the pandemic and it’s been steady growth since then. Everyone has switched to wearing sportswear in place of jeans and work clothes since it is more durable and comfortable.

In fact, during the pandemic, M22 launched its most extensive product line to date, which includes necessities for anywhere from the office, to the yoga studio. They manufactured and focused more on casual athleisure styles during the pandemic, anticipating that people would be remaining indoors.

Market players are focused on delivering consumer demands. For instance, The Athleisure Instinct Collection, a new collection of clothes and accessories from Razer, was recently released. The Instinct Collection was designed with form and function in mind, giving players a wide range of options. The athleisure gear is constructed from lightweight, breathable, two- and four-way stretch fabric to ensure all-day comfort. The fabric is moisture-wicking, so even the most strenuous workouts or gaming sessions will feel comfortable.

Over the past few years, the apparel industry has undergone a significant revolution. Activewear has evolved from baggy sweatpants and gym shorts into sleek, fashionable attire designed for everyday wear. With the unprecedented pandemic, the trend of work from home has become very popular with a majority of the population. After gyms and fitness studios shuttered during the lockdown, there was an emphasis on alternative ways to remain active. Yoga has been growing activity in 2021 and is expected to continue trajectory in 2021. This shift has resulted in the increased demand for athleisure globally. Further, activewear has become a high-end statement of wealth that signals an active lifestyle. It is particularly popular amongst fashion lovers willing to spend to keep up with the latest trends. Around 60% of the athleisure brands are associated with women's activewear, such as bottoms, one-piece, tank tops, crop tops, and shorts. Educational awareness among women and economic development underlines the high participation of women in the corporate sectors, especially in the emerging economies. Governments are also supporting the women workforce and taking initiatives to improve female economic empowerment and minimize the gap in labor force participation between males and females. The growing working women population has led to an increased per capita disposable income of the consumers, which has changed consumer spending behavior. Moreover, consumers are increasingly opting for comfortable and functional wear due to the rising awareness about hygiene, appearance, and the standard of living. Owing to the rising population of working women, the sales of athleisure have been increasing rapidly across the globe.

The athleisure market is highly fragmented, with a huge number of players across the globe. There is stiff competition among the players in terms of designs, quality, prices, and supply chain. However, the major factor affecting their growth is the prevalence of the unorganized sector. It has been observed that the sales of the key players are majorly hampered by the local vendors, owing to their easy availability, lower price, and ease of customization.

Social media provides a potential opportunity for product launches and branding as it bridges the gap between marketers and consumers. The explosion of social media has transformed the business environment, creating new opportunities for market players. There are continuous blogs on social networking sites such as Facebook, Instagram, Twitter, and YouTube that boost athleisure sales. Manufacturers use social media to promote their brand and build relationships with customers by offering exclusive advice and offers. There is a continuous rise in the amount of social media content dedicated to clothing style and gym wear. Social media is playing a critical role in driving the demand for athlete wear, especially among the youth, who are nowadays actively participating in social media for information. Thus, blogs posted on social media platforms in favor of athlete wear are highly influencing the growth of the market. Additionally, the social platform has also made room for small, indie brands to succeed and build their tight-knit communities on the platform, threatening long-standing giants like M&S and Nike. Thus, social media is playing a vital role in the growth of the global athleisure market. It is considered an effective interactive strategy as it enables consumers to build a relationship with the brand. Marketing through social media also helps manufacturers to keep abreast of the latest trends, exploiting mobility and new technologies to attract targeted leads.

The increasing growth of fast fashion and rapidly changing fashion trends have affected most of the stalwart brands. It is not uncommon for retailers to introduce new products multiple times in a single week to stay in trend. This type of mass production may seem like a good thing initially but significantly leads to more problems. Mass production leads to an increase in unsold inventory, which results in unexpected reductions in profits.

By Product Type: Based on product type, the global athleisure market has been segmented into leggings, tights & joggers; hoodies & sweatshirts; sneakers; shorts; sports jackets; sports bra; yoga pants; and others. The leggings, tights & joggers segment accounted for the largest market share in 2020 and is projected to register a CAGR of 10.52% during the forecast period. However, the shorts segment is expected to register the highest CAGR during the forecast period.

By End User: Based on end user, the global athleisure market has been segmented into men, women, and unisex. The men segment accounted for the largest market share in 2020. However, the women segment is expected to register the highest CAGR during the forecast period.


Metro Brands, a major footwear retailer, has announced a share purchase agreement to buy Cravatex Brands in order to increase its foothold in the Indian sports and athleisure market. To meet the rising demand of consumers in the sports and athleisure category, the company may capitalize on this opening by combining its strengths in traditional retail with those of e-Commerce. This deal puts Metro Brands' stake in Cravatex above the 20% upper circuit limit. Metro Brands saw this purchase as a way to further their long-term goals in the Indian sportswear and leisurewear markets. 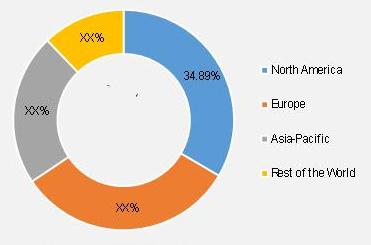 By region, the global athleisure market has been divided into North America, Europe, Asia-Pacific, South America, and the Middle East & Africa.North America accounted for the largest market share of 34.89% in 2020, with a market value of USD 134.75 billion; the market is expected to register a CAGR of 9.87% during the forecast period. Europe was the second-largest market in 2020, valued at USD 113.63 billion; the market is projected to exhibit a CAGR of 10.40%. However, the market in Asia-Pacific is expected to register the highest CAGR of 10.95%.

North America accounted for a share of 34.89% in the global athleisure market in 2020 and is projected to expand at a 9.87% CAGR during the forecast period. The growth of the North American market is anticipated to be driven by several factors. Increasing participation in several sports events is one of the significant factors for the rising growth of the athleisure market during the forecast period. Moreover, rising health consciousness and the increasing need to appear fit are likely to upsurge participation in gym and fitness centers. According to the International Health, Racquet &Sportsclub Association (IHRSA), approximately 20% of American citizens have enrolled in health clubs or studios. According to MRFR analysis, the number of members has increased by 2.85% from 2020 to 2028.

According to a recent survey, the typical American has spent $277 on athleisure in the last 12 months. Eighty-five percent of Americans say they wear athleisure when they are not expecting to exercise, and one in ten claim they have spent more than USD 500. This fad is contributing to the expansion of the athleisure industry.


The region is slowly gaining momentum as major market players focus on expanding their market scope. The Nigerian fashion and lifestyle brand bCODE recently announced a partnership agreement with the international sportswear label Reebok to promote the latter's products across the continent of Africa and to guarantee that customers in Nigeria's multi-brand concept store and on its website can find a wide selection of authentic sports and fitness wears.

What could trigger the global athleisure market?

Hike in disposable income, better technological inclusion, and others would drive athleisure market ahead.

Who are the Dominant key players in the Athleisure Market ?

What are the apparel types included in the market report?

The apparel types included in the athleisure market would be yoga pants, shorts, sneakers, leggings, sports jackets, sports bra, and others.

Which region would dominate the athleisure market?

What type of people wear athleisure?

People between the ages of 16 and 30 are the most active athleisure wearers; they also tend to look younger

The athleisure market is projected to grow at a CAGR of 10.33% during the forecast period due to ...