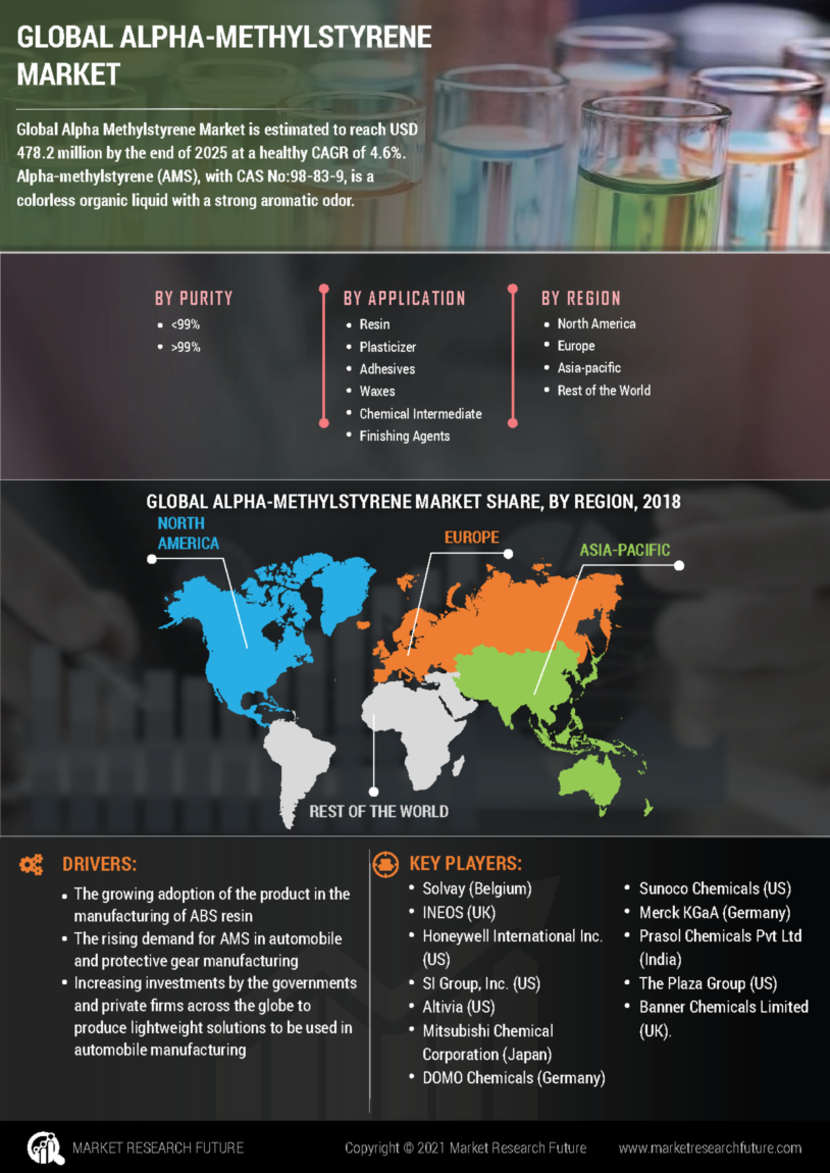 According to MRFR analysis, Global Alpha Methylstyrene Market is estimated to reach USD 478.2 million by the end of 2025 at a healthy CAGR of 4.6%. Alpha-methylstyrene (AMS), with CAS No:98-83-9, is a colorless organic liquid with a strong aromatic odor. This compound is produced by partial oxidation of cumene. It is obtained as a by-product in the cumene-phenol manufacturing process. It is insoluble in water and offers better stability and handling properties than styrene. It can easily be copolymerized with monomers such as styrene, acrylates, and benzene. It is largely used in the production of acrylonitrile-butadiene-styrene (ABS) resin by preventing heat distortion.

The growing adoption of the product in the manufacturing of ABS resin is expected to be the major factor driving the growth of the global market in the coming years. In addition, the rising demand for AMS in automobile and protective gear manufacturing is also likely to favor the market growth during the review period. Stringent government regulations regarding environmental safety have led the manufacturers to reduce the overall weight of automobiles, which is expected to boost the demand for AMS. Increasing investments by the governments and private firms across the globe to produce lightweight solutions to be used in automobile manufacturing is projected to create lucrative opportunities for the market players during the review period. Furthermore, the growing emphasis of manufacturers on R&D to enhance the manufacturing process of AMS is also likely to offer immense growth opportunities to the manufacturers operating in the global alpha-methylstyrene market.

However, fluctuating raw material prices is expected to hinder global market growth in the coming years. Also, it is highly flammable, and on burning releases toxic gases such as carbon dioxide, which increases greenhouse gases. 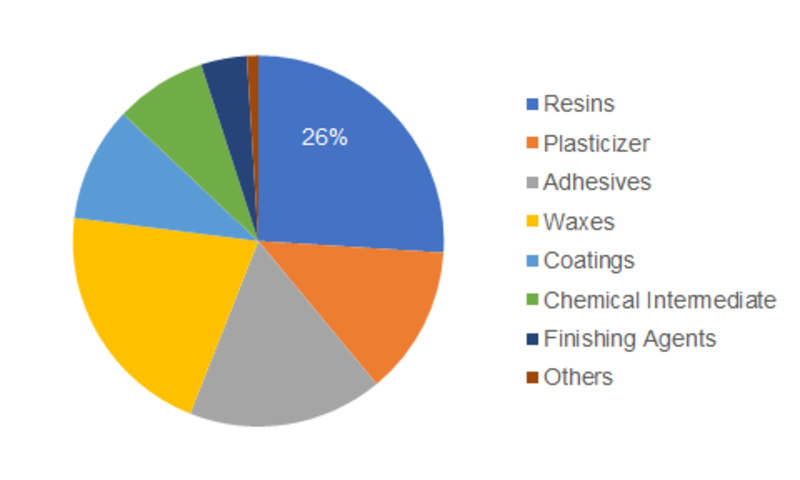 The global alpha-methylstyrene market has been segmented based on purity, application, and region.

On the basis of purity, the global alpha-methylstyrene market has been bifurcated into <99% and >99%.

At what CAGR is the alpha-methylstyrene market projected to grow during the forecast period?

What will be the value of the alpha-methylstyrene market during the forecast period?

The alpha-methylstyrene market is predicted to touch USD 478.2 million by 2023.

Which region is expected to dominate the alpha-methylstyrene market?

North America is expected to dominate the alpha-methylstyrene market.

What are the key factors driving the alpha-methylstyrene market growth?

Increasing use in auto industries and rising government investments are adding market growth.

Which factors may limit the alpha-methylstyrene market growth?