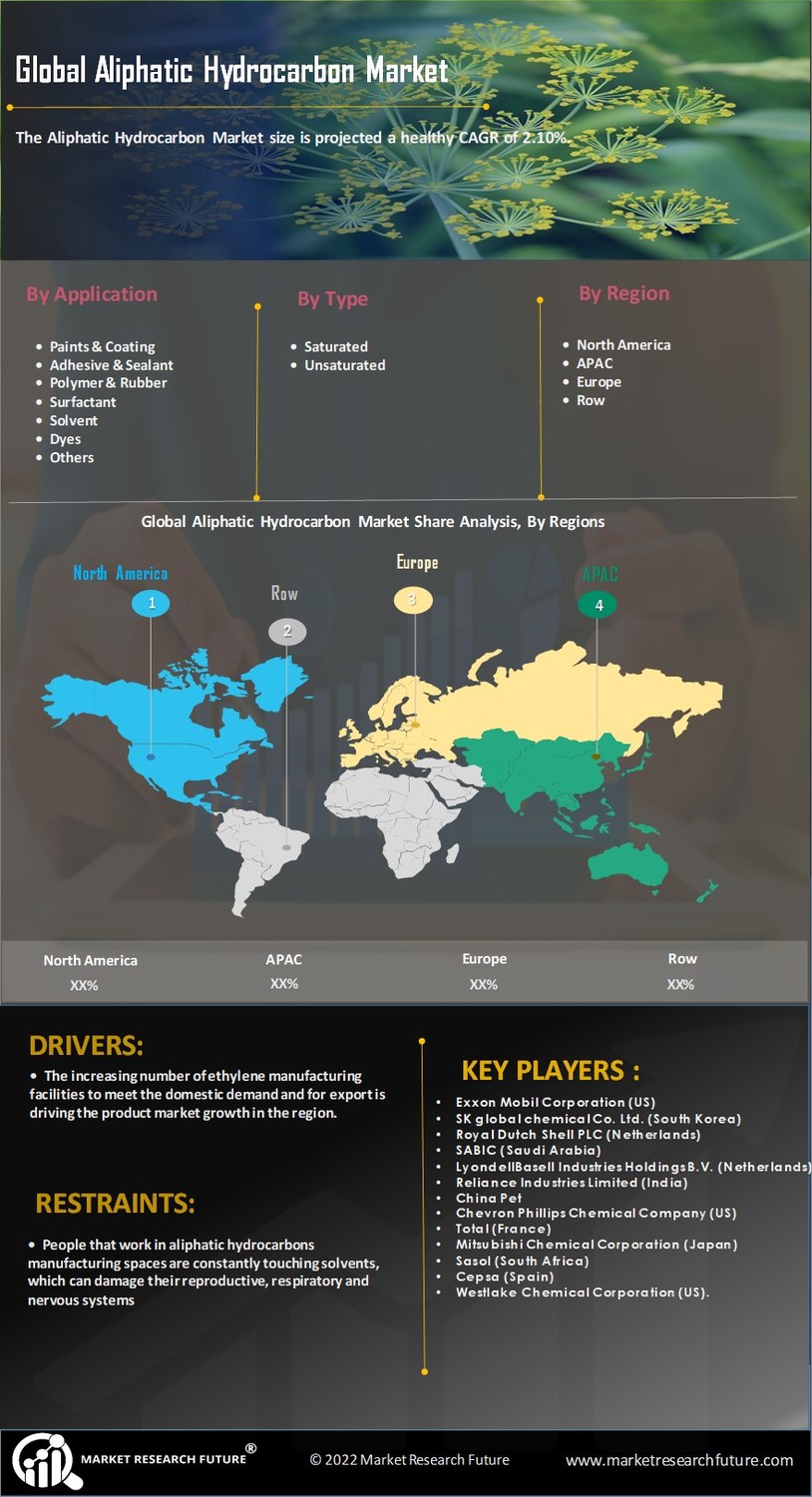 Aliphatic Hydrocarbon Market is projected to be worth USD 4.85 Billion by 2028, registering a CAGR of 4.42% during the forecast period (2021 - 2028). Aliphatic hydrocarbon solvents are organic compounds whose carbon atoms are linked in open chains, either straight or branched, rather than containing a benzene ring. Aliphatic hydrocarbons do not have a benzene ring, but they are mixtures of saturated, long straight chain that is normal-paraffin, branched-chain that is Iso-paraffin, or cyclic paraffin. The distillation of crude oil produces them with an appropriate boiling point range fraction, and then they are treated to improve their color and odor. Aliphatic hydrocarbon solvents are aliphatic compounds; they contain carbon and hydrogen, joined together in straight chains, branched trains, or non-aromatic rings.

Emerging countries in the Middle East to Offer Lucrative Opportunities

The incredible growth of the real estate sector coupled with the rapid industrialization rate in several countries in the Middle East provide significant opportunities to global companies. Countries like the UAE and Saudi Arabia are working on reducing their dependency on the oil sector for economic surge and are, therefore, focusing on other industries.

As a result, the construction sector is witnessing strong growth in the region, which elevates the demand for cleaning & degreasing agents, adhesives, and paints & coatings. 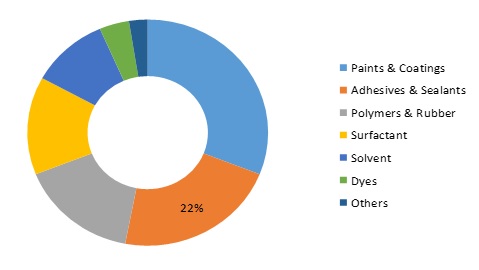 The global aliphatic hydrocarbon market has been segmented based on type, application, and region.

By application, the global aliphatic hydrocarbons market has been categorized into paints & coating, adhesive & sealant, polymer & rubber, surfactant, solvent, dyes, and others.

Asia-Pacific accounted for the major market share of the global aliphatic hydrocarbon market in 2018 and is expected to follow a similar trend during the forecast period. In 2018, the region accounted for a share of over 42% based on value. Rapid industrialization in the region due to lucrative investment policies, low production cost, and inexpensive labor costs are supporting the growth of the aliphatic hydrocarbons market in the region. Growing end-use industries such as packaging, automotive & transportation, building & construction, electricals & electronics, healthcare, and power are contributing to the high demand for aliphatic hydrocarbon-based chemical intermediates.

North America was the second-largest market for aliphatic hydrocarbons in 2018. The increasing number of ethylene manufacturing facilities to meet the domestic demand and for export is driving the product market growth in the region.

Europe followed North America in terms of the market size in 2018. The developed automotive & transportation industry is ensuring a stable revenue source for the aliphatic hydrocarbon market in the region. Aliphatic hydrocarbons are mostly utilized for manufacturing paints & coatings, adhesives & sealants, rubber & polymer, and others. Furthermore, the strong electricals & electronics industry is also supporting the market growth in the region.

Slow economic development in Latin America affected the growth of the aliphatic hydrocarbon market in 2018. Moreover, the region is expected to show increasing growth during the forecast period due to the rapid industrialization in countries such as Brazil, Mexico, and Venezuela.

What is the forecast period of Aliphatic Hydrocarbon Market research report?

The forecast period for Aliphatic Hydrocarbon Market research report is 2020-2030.

Which region will lead the global Aliphatic Hydrocarbon Market?

Who are the key players in the Aliphatic Hydrocarbon Market?