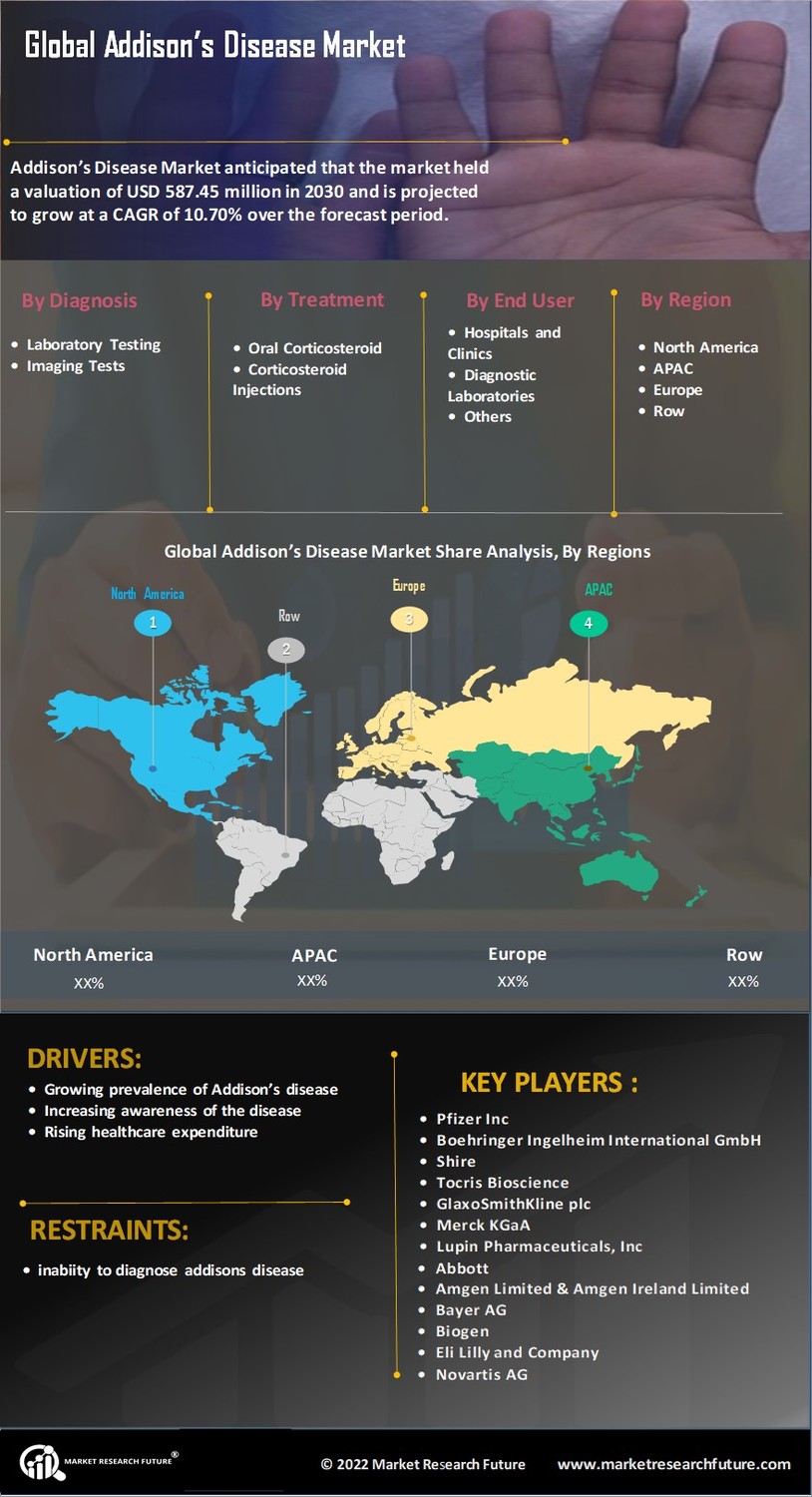 Addison's Disease Market size is expected to grow significantly of USD 587.45 million in 2030 and is projected to grow at a CAGR of 10.70% over the forecast period

Addison's Syndrome Over the forecast period, the market is predicted to increase considerably. The market is expected to be worth USD 587.45 million in 2030, and it is expected to increase at a CAGR of 10.70% over the forecast period. Addison's disease is a condition in which the body generates insufficient levels of certain hormones made by the adrenal glands. The adrenal glands generate too little cortisol and typically insufficient quantities of aldosterone in people with Addison's disease.

Adrenal insufficiency is another name for it. Addison's disease may afflict people of all ages and impact both men and women. The market is predicted to rise due to reasons such as the rising prevalence of Addison's disease, increased awareness of the condition, and rising healthcare spending. Lack of knowledge and difficulty to detect the condition in its early stages, on the other hand, may limit market growth throughout the projection period.Segmentation

The Global Addison’s Disease Market has been segmented into diagnosis, treatment and end user.

The market, on the basis of diagnosis, has been segmented into laboratory tests and imaging tests. Laboratory tests have been further segmented into blood tests, ACTH stimulation tests, insulin-induced hypoglycemia test, and other tests. Blood tests are expected to hold the largest market share owing to their high effectiveness to diagnose the disease and preference among the physicians. ACTH stimulation test is expected to be the fastest growing market due to the low cost of the diagnosis method. Imaging tests have been segmented into chest radiography and CT scan.

The market, by end user, has been segmented into hospitals & clinics, diagnostic laboratories, and other end users. 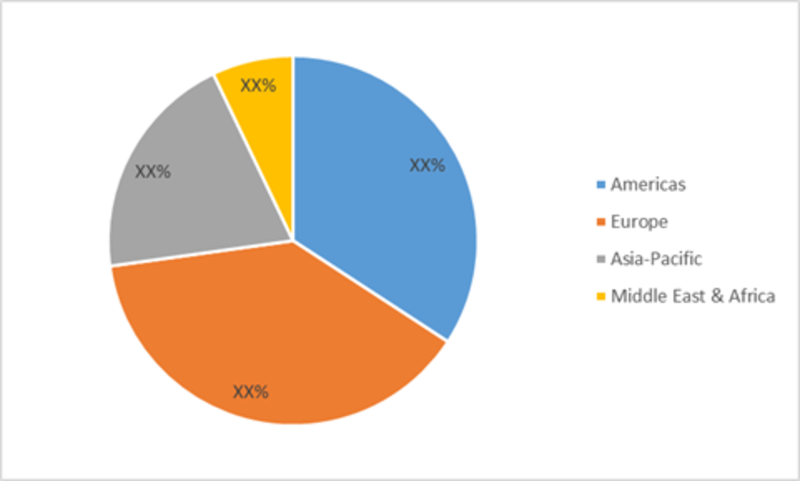 Geographically, the Americas is anticipated to dominate the global Addison's disease market owing to a well-developed healthcare sector and the rising prevalence of the disease. According to a report published by the Centers Medicare and Medicaid Services in April 2018, National Healthcare Expenditure grew by 4.3% to USD 3.3 trillion in 2016 from the previous year.

Europe is expected to hold the second largest position in the global market. The market growth in this region is attributed to the increasing number of Addison’s disease cases and the developed healthcare infrastructure. According to the World Health Organization, Germany spent USD 5182 per capita on healthcare.

In August 2015, Amgen, a biotechnology corporation located in the United States, launched its significantly enlarged production plant in Dun Laoghaire, Ireland. The $300 million expansion expanded manufacturing facilities to the existing factory, enhancing its capabilities and positioning it as a major hub for Amgen's global operations. The move was part of Amgen's long-term plan to manufacture all of its pharmaceuticals at the Dun Laoghaire facility, ensuring a steady supply of Amgen's medicines for severely sick patients across the world.

At what CAGR is the Addison’s disease market projected to grow during the forecast period?

Which region is projected to command the largest share in the Addison’s disease market?

North America is projected to command the largest share in the Addison’s disease market.

Which treatment segment will dominate the Addison’s disease market?

What are the key factors driving the Addison’s disease market?

Rising healthcare expenditure and growing awareness about the disease is boosting market growth.

Global Addison’s Disease Market: The increasing prevalence of Addison’s disease is projected to b...