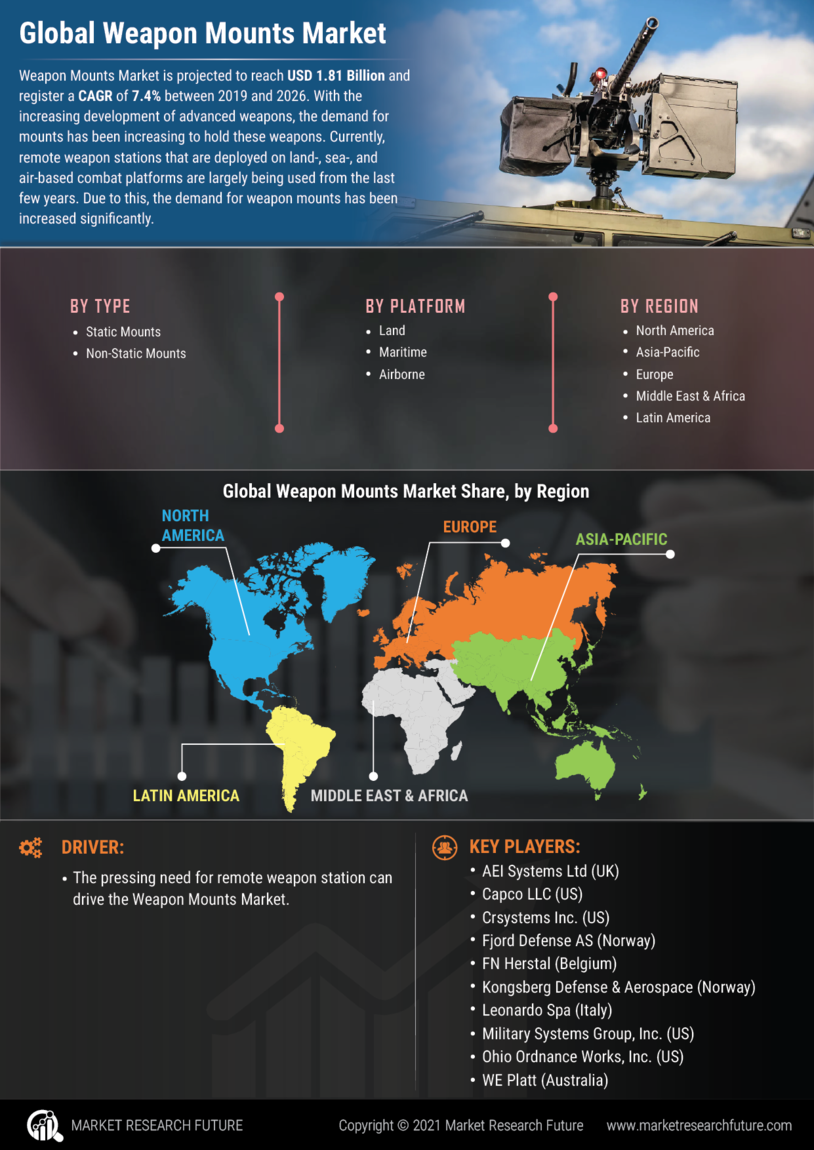 Global Weapon Mounts Market is projected to reach USD 1.81 Billion and register a CAGR of 7.4% between 2019 and 2026. With the increasing development of advanced weapons, the demand for mounts has been increasing to hold these weapons. Currently, remote weapon stations that are deployed on land-, sea-, and air-based combat platforms are largely being used from the last few years. Due to this, the demand for weapon mounts has been increased significantly.

Global Weapon Mounts Market has witnessed high growth in recent years owing to the increasing defense expenditure, naval modernization program, and increasing demand for remote weapon stations. However, the high durability of weapon mounts, eliminating the need for replacement is expected to hinder the growth of the market to some extent.

What is the CAGR of the Weapon Mounts Market?

What is Weapon Mounts Market valuation?

Capco LLC (US), Crsystems Inc. (US), and Fjord Defense AS (Norway) are some reputed Weapon Mounts Market players.

What can drive the Weapon Mounts Market?

The pressing need for remote weapon station can drive the Weapon Mounts Market.

What can restrain the Weapon Mounts Market?