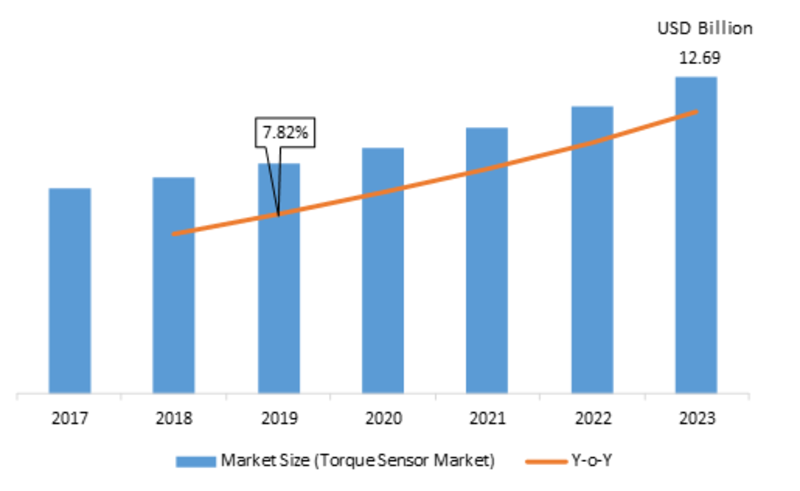 Apart from the top key players, there are other players that contribute to the torque sensor market growth. These include Datum Electronics Ltd. (UK), PCB Piezotronics Inc. (US), TE Connectivity (Switzerland) and HBM Test and Measurement (US), and others.

What is the growth scope of the torque sensor market?

Who are key players of the torque sensor market?

What are torque sensor applications areas?

Torque sensors is largely adopted by the automobile industry. Aerospace and defense are other sectors that deploy torque sensor.

Which technologies are used by torque sensor?

What is the regional analysis of the torque sensor market?

The high automobile production rate in APAC is expected to win high profit for the regional torque sensor market.

How does a torque sensor work?

Torque sensors measure the torque on rotating systems which include electric motors, engines, crankshafts, and gearboxes

What are the types of torque sensor?

Torque Sensor Market To Enhance Valuation To Usd 12.69 Billion By 2023