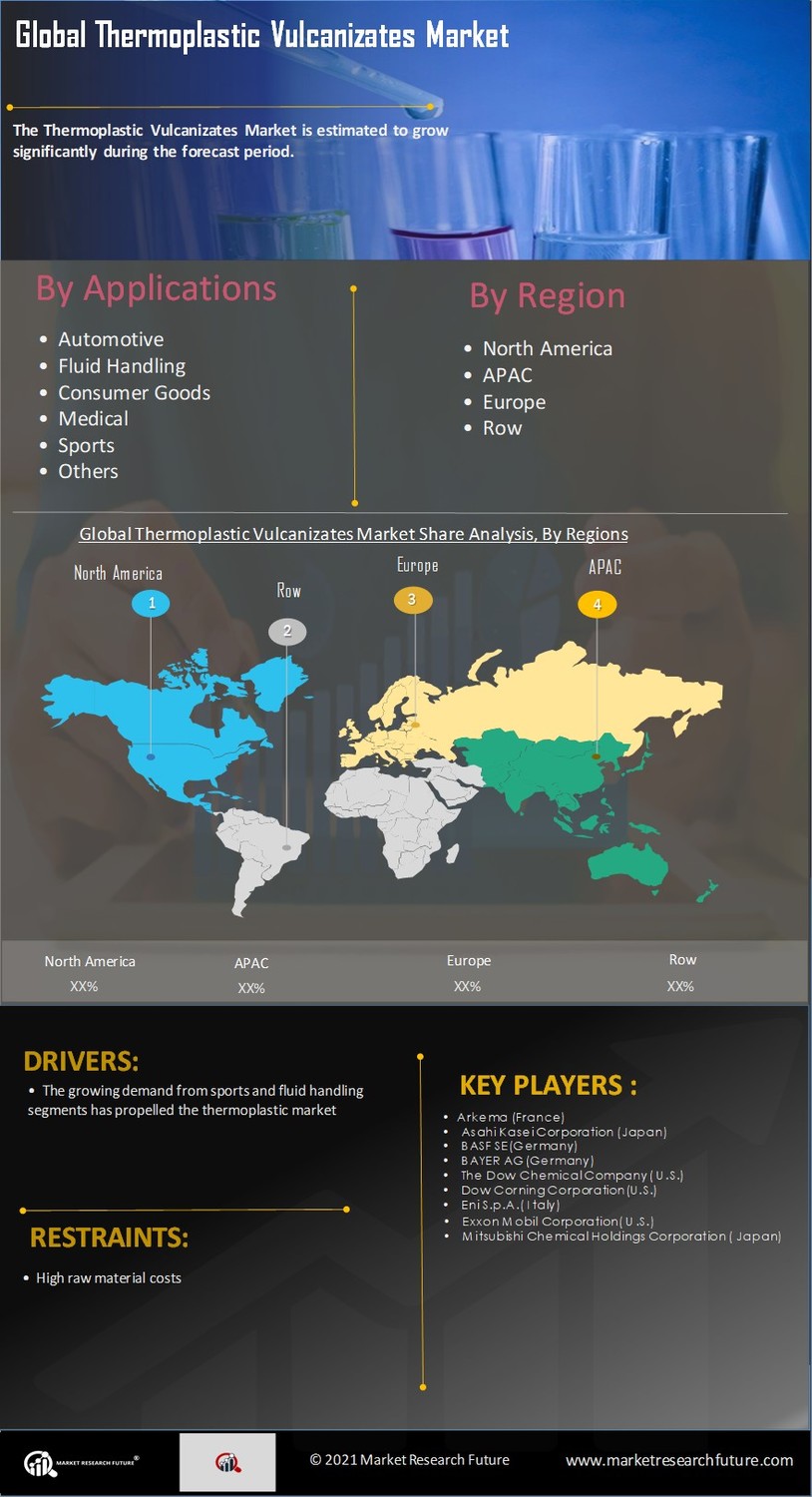 The Thermoplastic Vulcanizates Market is expected to grow at a CAGR of 6.9% during the forecast period. Thermoplastic Vulcanizates are made up of a polyolefin matrix that is divided into two phases: scattered and continuous. They are made by melting rubber and cross-linking it with a thermoplastic substance at a specified temperature. EPDM rubber (ethylene propylene diene monomer (M-class) rubber) has characteristics similar to these polymers. Lightweight, high strength and cheap processing costs are major trends and elements that are positively influencing the market. 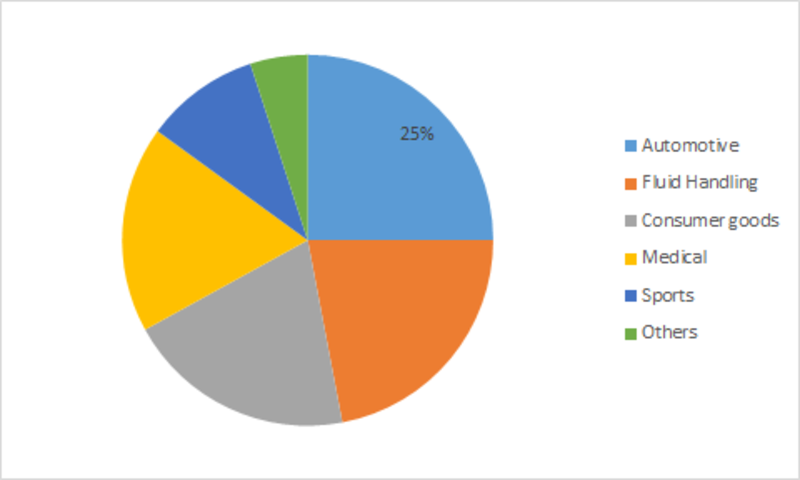 The Global Thermoplastic Vulcanizates Market is segregated into five crucial regions of the world namely Asia Pacific, North America, Europe, Latin America and the Middle East & Africa. Among these, North America holds a major share in the market due to growing demand of thermoplastic polymers in heavy industries. The enactment of government based initiative such as Corporate Average Fuel Economy has induced the manufacturers to replace the metals with plastics in automotive industry due to its efficient and optimal performance. Owing to these factors, countries such as the U.S., Canada and Mexico are projected to be the leading players during the forecast period.

The Asia Pacific region is estimated to witness a higher CAGR in the Thermoplastic Market because they are recyclable, easy to use and produce less waste which makes them applicable in various applications such as consumer goods, packaging and health care sectors. China, Japan and India are the major players in this region due to growing use of polymers in end-use industries such as automotive, construction, sports, industrial machinery, energy, marine, and others. The availability of raw materials has prompted the manufacturers and investors to shift their focus from metals and heavy plastics to lightweight materials.

A notable growth is observed in the European market due to stringent regulations set by the government and its primary objective to achieve sustainable development in the region. It is estimated that the rising disposable income in the consumer goods segment has propelled the market to witness a rapid growth in the region. Owing to these factors, Germany, the U.K. and Italy are projected to be the major contributors to the market during the forecast period. The Middle East & Africa is predicted to witness a significant growth in the market due to growing use of thermoplastics in oil & gas, and petrochemical industries. Moreover, it is estimated that the growing consumption of polymers in automotive and construction sectors has propelled the Latin American region to witness a rapid growth in the market during the forecast period.

The Global Thermoplastic Vulcanizates Market is segmented into application. On the basis of application, the market is further categorized into automotive, fluid handling, consumer goods, medical, sports, and others. Among these, automotive segment holds a major share in the market owing to growing use of plastic materials to produce high performance and corrosion resistant vehicles. The investors in the health care industry are encouraging the manufacturers to use Thermoplastic Vulcanizates as a substitute for polyvinyl chloride products due to its ecofriendly and durable nature. Therefore, the medical segment is predicted to witness a rapid growth in the market owing to increasing use of thermoset rubber in the medical devices. The consumer goods segment is fueled by the growing use of Thermoplastic Vulcanizates in food packaging, toothbrushes, shavers, and others. Moreover, the fluid handling segment has been driven by the exceptional features offered by the product such as abrasion resistance, low density materials, and high standard among others.

What are the major application of thermoplastic vulcanizates?

Automotive, Consumer Goods, Fluid Handling, Medical, and Sports, are some of the major application areas of thermoplastic vulcanizates.

Which is the major segment in the global thermoplastic vulcanizates market?

The medical segment is the largest regiment in the global thermoplastic vulcanizates market, which is projected to witness a higher CAGR during the forecast period due to growing use of plastics in gaskets & stoppers.

Which region holds the largest share in the thermoplastic vulcanizates market?

What are the key growth strategies of players active in the thermoplastic vulcanizates market?

Strategic initiatives such as mergers & acquisitions, collaborations, expansion, and technology/ product launch are some of the growth strategies adopted by the players in the global thermoplastic vulcanizates market.

Who are the top players in the global thermoplastic vulcanizates market?